I am the first to say that science is fallible.

We once believed the earth was flat and a ring of fire encircled the world. We are imperfect in our conclusions all the time.

We are not wrong about climate change.

Granted, the roll out and messaging on climate change left much to be desired. Most of communication of science and conservation leaves much to be desired. "Global warming" is a terrible term, confusing for most who think it simply refers to a march towards a boiling earth. Climate change has focused too much on modeling and not enough on community impacts and adaptations.

Here in Hawai'i, climate change became the intellectual hobby of elite environmentalists, much to the detriment of good scientists and great communities.

Yet, despite the flaws on communicating the science of climate change and the farce of our local bourgeois "experts," it is outright irresponsible for anyone to continue to ignore the devastation of climate change.

Mark my words: Climate change will cause the worst global humanitarian crisis in human history.

Deniers like to point to the natural cycle of the earth and claim that the changes we experience today are a normal part of the planet's process. What they fail to acknowledge is the rate of change. The rate of change is artificially accelerated by human activities. A similar trend appears when looking at the rate of species extinction across the planet.

We, humans, single-handedly are causing mass devastation for other life forms and ecosystems across the entire planet.

This is on us, nothing else. We are doing this.

Climate change dialogues need to shift from discussions on simply what is happening to the rate and radical nature of these changes.

And we to stop calling this "climate change" and call it was it: climate disaster.

The latest calamity took place in the Solomon Islands where, once again, a small Pacific Island community bore the brunt of the planet's most recent climate disaster. While mainstream media remains silent on the unfolding tragedy, images of complete destruction trickle in through social media. 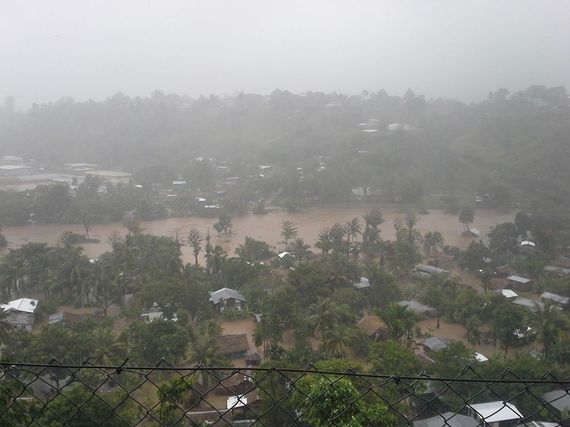 Flash floods washed away homes and bridges in the city of Honiara. Residents have been swept away. Panic and looting have erupted throughout the area. Phone lines and other infrastructure have been knocked out from the flooding. (Photo Credit: Christina Rose via Facebook) 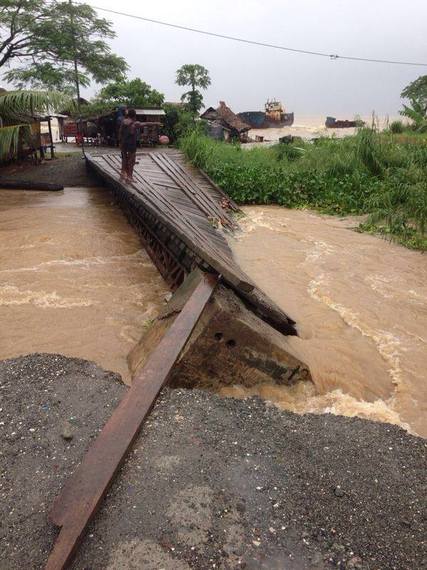 Residents were caught unprepared. To date, 21 have been confirmed dead, a number expected to rise. 12,000 people have been affected. Many are calling this one of the worst events to hit the Pacific. It has received little to no cover in mainstream media. (Photo Credit: Cristina Rose via Facebook)

The reality is that the planet remains unprepared. There is simply no excuse for this. In a season of devastating, prolonged winters, more climate disasters are a certainty. It must be accepted; we must make the necessary preparations and adaptations.

Disaster education and readiness must be prioritized across the world. It is inhumane to leave small, underserved communities unprepared for droughts, floods, storms and other disasters. We continue to allow intellectual and political mediocrity to imprison us in stagnant state of inaction as people across the planet suffer. We are both culpable and responsible -- and yet we continue to do nothing.

This is not simply an environmental issue; this is a human rights issue.

The greatest potential danger of climate disasters is not drought, flood, nor storm; it is a prolonged denial of its existence. It is a danger we will bolster with our collective inaction or defeat with a unified global response.

The decision is ours.

Author and scholar, specializing in culture, the environment and politics