Developing countries are bracing for a major slowdown this year. According to the United Nations report World Economic Situation and Prospects 2016, their growth averaged only 3.8 percent in 2015 -- the lowest rate since the global financial crisis in 2009 and matched in this century only by the recessionary year of 2001. And what is important to bear in mind is that the slowdown in China and the deep recessions in the Russian Federation and Brazil only explain part of the broad falloff in growth.

True, falling demand for natural resources in China (which accounts for nearly half of global demand for base metals) has had a lot to do with the sharp declines in these prices, which have hit many developing and emerging economies in Latin America and Africa hard. Indeed, the U.N. report lists 29 economies that are likely to be badly affected by China's slowdown. And the collapse of oil prices by more than 60 percent since July 2014 has undermined the growth prospects of oil exporters.

The real worry, however, is not just falling commodity prices, but also massive capital outflows. During 2009-2014, developing countries collectively received a net capital inflow of $2.2 trillion, partly owing to quantitative easing in advanced economies, which pushed interest rates there to near zero.

The search for higher yields drove investors and speculators to developing countries, where the inflows increased leverage, propped up equity prices and in some cases supported a commodity price boom. Market capitalization in the Mumbai, Johannesburg, São Paulo and Shanghai stock exchanges, for example, nearly tripled in the years following the financial crisis. Equity markets in other developing countries also witnessed similar dramatic increases during this period. 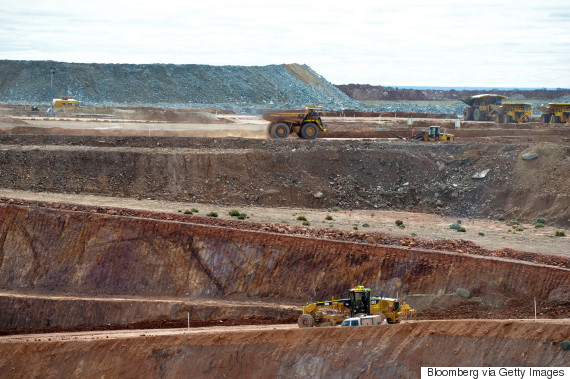 But the capital flows are now reversing, turning negative for the first time since 2006, with net outflows from developing countries in 2015 exceeding $600 billion -- more than one-quarter of the inflows they received during the previous six years. The largest outflows have been through banking channels, with international banks reducing their gross credit exposures to developing countries by more than $800 billion in 2015. Capital outflows of this magnitude are likely to have myriad effects: drying up liquidity, increasing the costs of borrowing and debt service, weakening currencies, depleting reserves and leading to decreases in equity and other asset prices. There will be large knock-on effects on the real economy, including severe damage to developing countries' growth prospects.

This is not the first time that developing countries have faced the challenges of managing pro-cyclical hot capital, but the magnitudes this time are overwhelming. During the Asian financial crisis, net outflows from the East Asian economies were only $12 billion in 1997.

Of course, the East Asian economies today are better able to withstand such massive outflows, given their accumulation of international reserves since the financial crisis in 1997. Indeed, the global stock of reserves has more than tripled since the Asian financial crisis. China, for example, used nearly $500 billion of its reserves in 2015 to fight capital outflows and prevent the renminbi's sharp depreciation; but it still has more than $3 trillion in reserves. 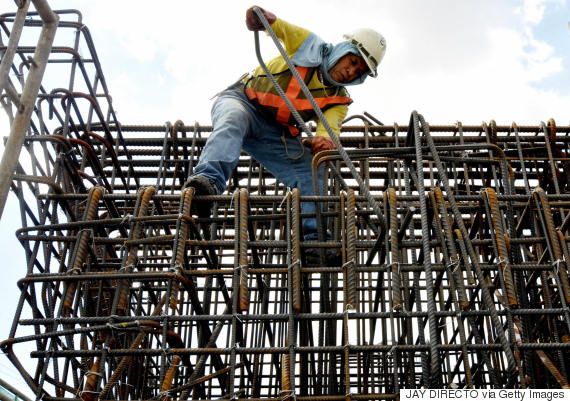 A construction worker at a light railway project in Manila in March 2009, during a plunge in foreign investment flows into the Philippines. (JAY DIRECTO/AFP/Getty Images)

The stockpile of reserves may partly explain why huge outflows have not triggered a full-blown financial crisis in developing countries. But not all countries are so fortunate to have a large arsenal.

Once again, advocates of free mobility for destabilizing short-term capital flows are being proven wrong. Many emerging markets recognized the dangers and tried to reduce capital inflows. South Korea, for example, has been using a series of macro-prudential measures since 2010, aimed at moderating pro-cyclical cross-border banking sector liabilities. The measures taken were only partially successful, as the data above show. The question is, what should they do now?

Corporate sectors in developing countries, having increased their leverage with capital inflows during the post-2008 period, are particularly vulnerable. Capital outflows will adversely affect their equity prices, push up their debt-to-equity ratios, and increase the likelihood of defaults. The problem is especially severe in commodity-exporting developing economies, where firms borrowed extensively, expecting high commodity prices to persist.

Many developing country governments failed to learn the lesson of earlier crises, which should have prompted regulations and taxes restricting and discouraging foreign-currency exposures. Now governments need to take quick action to avoid becoming liable for these exposures. Expedited debtor-friendly bankruptcy procedures could ensure quick restructuring and provide a framework for renegotiating debts. 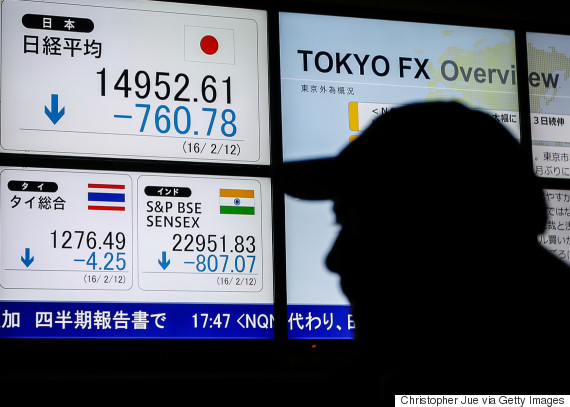 A stock market indicator board on Feb. 12, 2016 in Tokyo, Japan, after the Nikkei Stock Average's biggest weekly drop since Oct. 2008. (Christopher Jue/Getty Images)

Developing country governments should also encourage the conversion of such debts to GDP-linked or other types of indexed bonds. Those with high levels of foreign debt but with reserves should also consider buying back their sovereign debt in the international capital market, taking advantage of falling bond prices.

While reserves may provide some cushion for minimizing the adverse effects of capital outflows, in most cases they will not be sufficient. Developing countries should resist the temptation of raising interest rates to stem capital outflows. Historically, interest-rate hikes have had little effect. In fact, because they hurt economic growth, further reducing countries' ability to service external debts, higher interest rates can be counterproductive. Macro-prudential measures can discourage or delay capital outflows, but such measures, too, may be insufficient.

In some cases, it may be necessary to introduce selective, targeted and time-bound capital controls to stem outflows, especially outflows through banking channels. This would entail, for example, restricting capital transfers between parent banks in developed countries and their subsidiaries or branches in developing countries. Following the successful Malaysian example in 1997, developing countries could also temporarily suspend all capital withdrawals to stabilize capital flows and exchange rates. This is perhaps the only recourse for many developing countries to avoid a catastrophic financial crisis. It is important that they act soon.

The views expressed here do not represent the views of the United Nations or its member states.

PHOTO GALLERY
The Stock Market Explained, In Pictures
Download
Calling all HuffPost superfans!
Sign up for membership to become a founding member and help shape HuffPost's next chapter
Join HuffPost
Voting Made Easy
Register to vote and apply for an absentee ballot today
Register now

Joseph E. Stiglitz
Professor at Columbia University and a Nobel Laureate in Economics 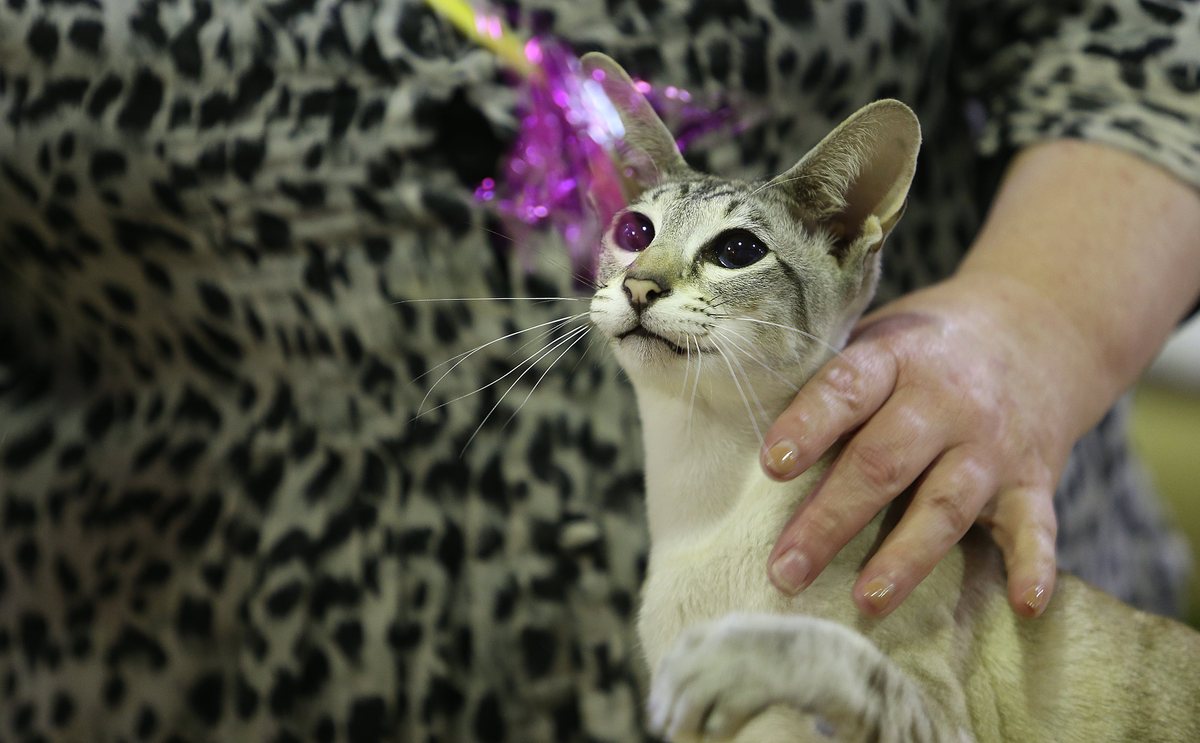 1 / 17
Dead Cat Bounce
Pictured: The cat, in happier times A temporary recovery from a prolonged decline or bear market, followed by the continuation of the downtrend. A dead cat bounce is a small, short-lived recovery in the price of a declining security, such as a stock. <a href="http://www.investopedia.com/terms/d/deadcatbounce.asp#ixzz3jsT7vF6W">Investopedia</a>
Fairfax Media