On the heels of a tour with fellow hometown heroes Gossip, Portland's Magic Mouth is about to release their new EP Devil May Care on August 15. This record is the follow-up to their 2012 debut Believer EP, and will be available in limited edition 12' 33RPM format and digital download from Fast Weapons Records (the label owned and operated by Gossip's Nathan "Brace Paine" Howdeshell).

I met up with Peter, Ana, Brendan and Chanticleer -- (aka Magic Mouth) over at their practice space to interview them about the new record, their time on the road with Gossip, their take on the Portland music scene and more. Read our chat just below. 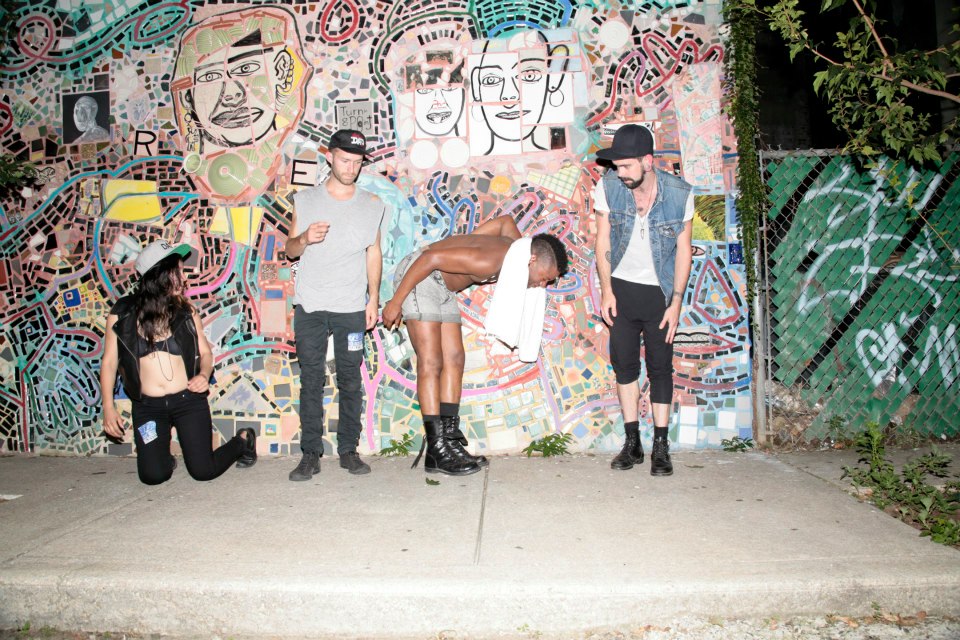 Logan Lynn: Where did the name Magic Mouth come from?

Chanticleer: It's about a boy who always gets what he wants. (Smiles)

Logan: (Laughs) Well, that makes sense. For a person who hasn't heard your music, how would you describe your sound?

Chanticleer: I feel like the core is just roots music. We all have a love and appreciation for that. It's blues and soul-driven. Even some jazz influences. There are lots of 50s and 60s influences, including post-punk...

Peter: It's rock music. You can site all of these different sub-genres but they all lead back to rock and ultimately when we put them all together it comes back to being pretty straight-forward Rock and Roll, even if we took a long path to get there through what we grew up listening to.

Logan: You were recently named one of Portland's "Best New Bands" by Willamette Week. Congratulations!

Peter: Something to send home to mama...

Logan: Does that title hold any meaning to you guys other than that? There seems to be a great deal of hometown affection toward you.

Brendan: One of my favorite things is we weren't mentioned as a queer band within that entire article, which was a blessing because it's like usually the forefront of our identity. People are like "Oh, you're queer." but we're just playing music.

Logan: Well, this is for Gay Voices so I am going to ask you about a lot of queer things.

Peter: We have fun doing queer events, and we are happy to put our name on that all the time but it's still nice when someone writes about your music.

Logan: So that kind-of parlays us into the question "Are you a queer band"? Is that queer piece part of the Magic Mouth identity?

Chanticleer: We are all queer. Yes.

Ana: I think wherever we identify depends on the month. Sometimes we'll go in and out of it.

Chanticleer: Day by day. I was queer-er an hour ago.

Peter: It is kind of contradictory. We, like I said, identify with it but then also wanna just be known for our music.

Logan: So is there a political motivation under the surface or is it just about music?

Chanticleer: I think making art is inherently political. Things bubble up, I mean, we talk about everything -- We talk politics, we talk relationships...

Peter: I'd say lyric-wise we are not focused on politics. There are certainly no policy suggestions in any of the content. It's more inherent in that sense. I wouldn't mind getting more political.

Ana: Yeah, I think we all have varying opinions about how political we want our band to be or whatever. I've been in girl punk bands where it's like "Fuck the patriarchy" kind of shit, like really overt; but that's not the case in this band. 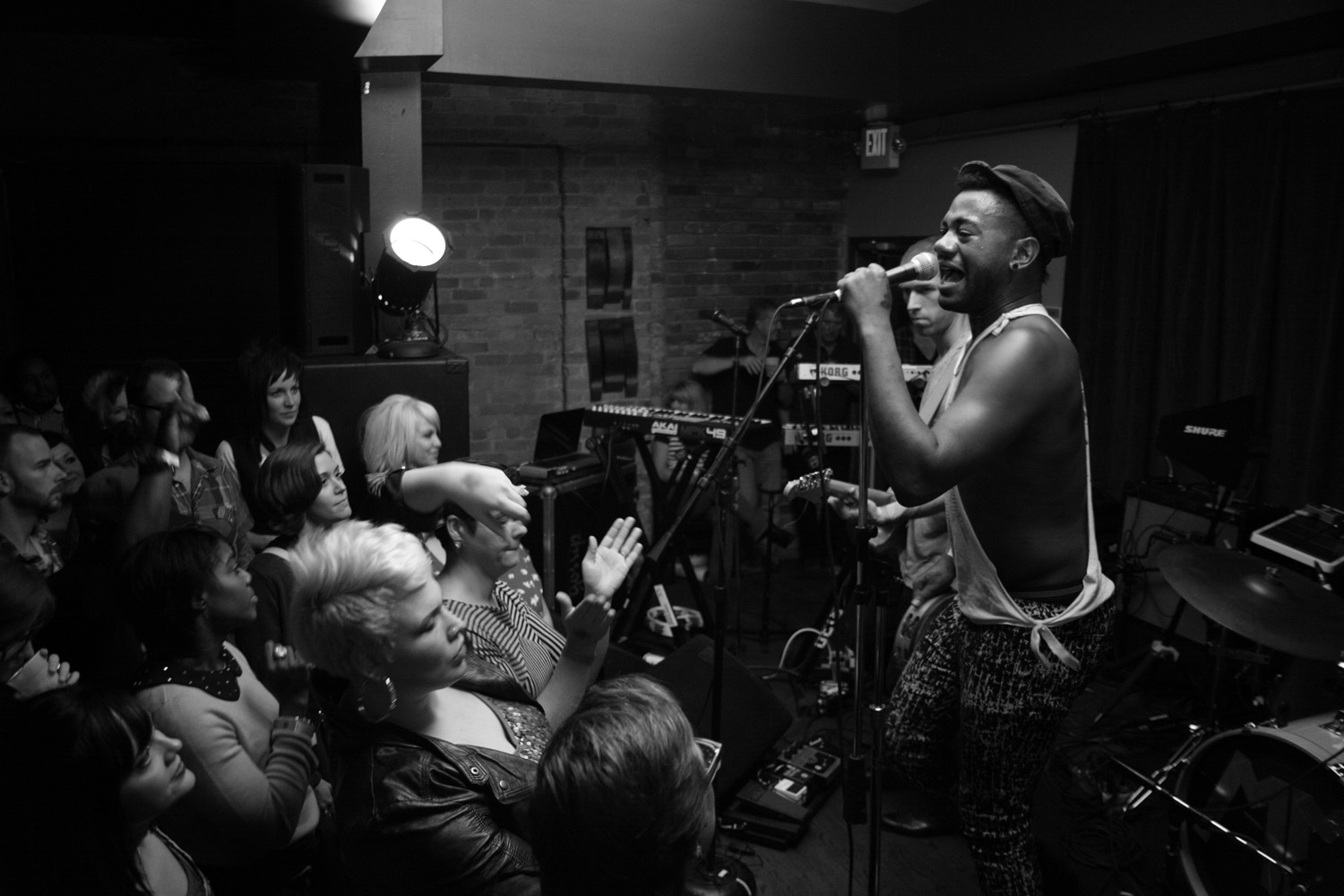 Logan: Speaking of other bands, how would you describe the Portland music scene?

Peter: I think it's really accessible. That's kind of why it exists. There's low overhead, there's basements, there's a kind-of inviting culture for it. People try on lots of different styles and there seems to be something for everyone. You don't have to qualify it so much.

Brendan: I also think there's a lot of different scenes within Portland and we have been lucky to be intertwined between them.

Chanticleer: It's rich in musical diversity, that's for sure.

Logan: and you toured with Gossip recently! How did that come about?

Chanticleer: Yeah. We are pretty good friends with Hannah so when they were looking for openers she had us in mind.

Logan: Well, there you have it. Is there a favorite moment from touring with those guys that you'd like to share?

Peter: It was fun watching Chanticleer perform on stage with Beth Ditto. They would improvise parts. He would harmonize with her. It was cool.

Ana: Our last show of the tour in Los Angeles was sold out and I think that was my favorite show. The crowd was really with us.

Logan: How has it been to have your evolution as a band somewhat fast-tracked as a result of this Gossip endorsement?

Peter: It's exciting because I feel like when we release our recordings they won't fall on deaf ears.

Logan: While we are on the subject of recordings, as a band who is known for its live performances, has the translation from live show to studio recording been tricky?

Ana: We worked really hard on it. 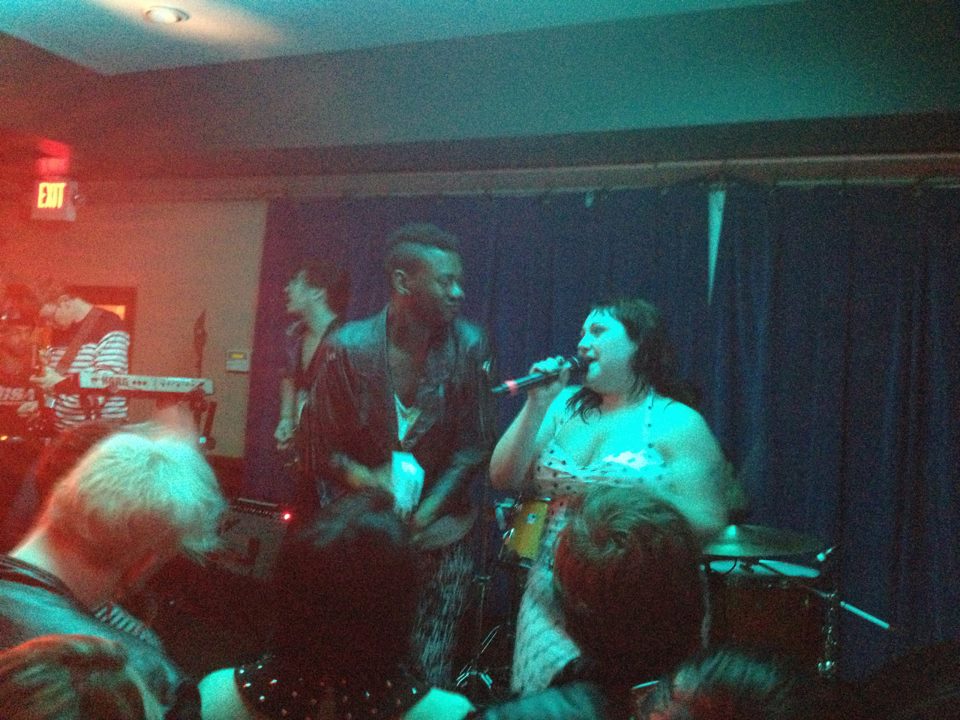 Peter: Someone was listening to the recordings and was commenting on the production and he said it was very "Bossy." I think that's part of our spirit. It's like "Pay attention." It grabs you by the collar and slaps you in the face a little bit.

Logan: Well, that certainly sounds like fun. Tell me a little bit about the new record.

Chanticleer: It's being released by Fast Weapons.

Brendan: Yeah, it's been great to have Nathan and Hannah help us out a lot the past couple of months.

Logan: I'll bet! That's how this Portland music scene works for some of us, I think. The people who were around before me really took me under their wings...

Brendan: Yeah, Gossip said that Sleater Kinney did that with them when they were touring with them and they were just like "We need to give it back to someone else".

Chanticleer: We were in the depths of touring in the middle and super tired and had been sleeping on people's floors and stuff and Beth, like, got us hotels in Chicago. It was really nice.

Peter: There's no other band I can think of who I would rather have in that role.

Logan: So you'll have to pay it forward one day as well.

Logan: Let's go back to the music itself for a minute. We talked a little bit about the type of influences in Magic Mouth's music, but who are some specific influences?

Peter: We started out by playing Nina Simone songs.

Ana: Yeah, Nina Simone for sure.

Peter: That's how me and Ana bonded and started playing initially. We were playing "Sea Line Woman" and Chanticleer came up to us after and we did Kamikaze shots and a friendship was born.

Chanticleer: I like Donny Hathaway as a vocalist. He's one of my influences. I really like the MC5 too.

Logan: I just watched your "Live at Mississippi Studios" video. Do you feel like that performance captures what Magic Mouth is like live? Is that accurate?

Peter: Except that we are really serious and quiet in between songs because there's no crowd.

Chanticleer: I was sick.

Ana: There was a lot of like, trying to keep it together.

Chanticleer: We went and had falafel right before.

Peter: Funny though. Under those conditions we played really well cause we were all just like "Let's get this done so we can go pass out again". 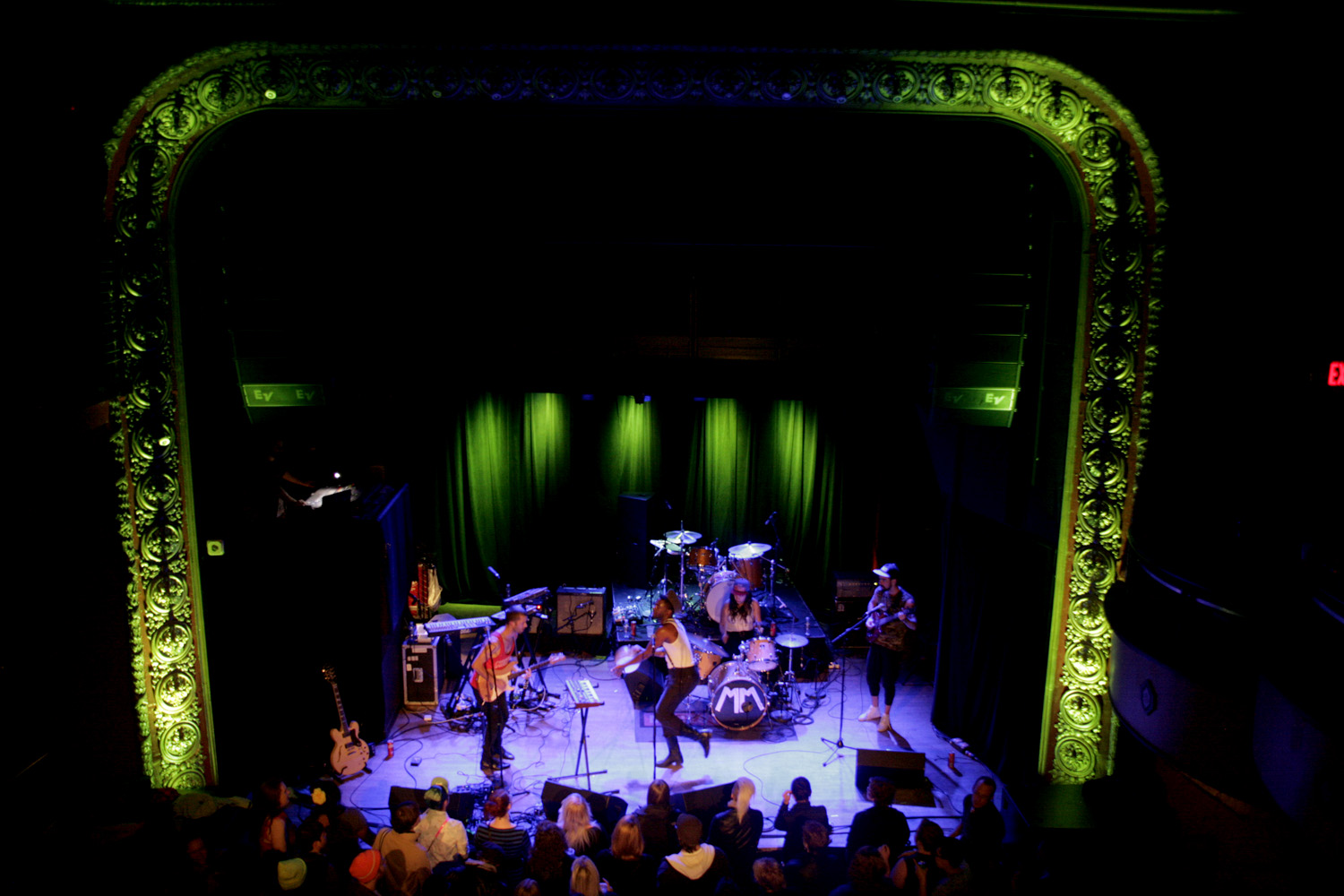 Logan: I know we already talked about you all wanting to be artists rather than queer artists, but let's project that onto other people for a minute. Are there other queer bands that you like?

Peter: Night Cadet are our friends in Seattle. Beautiful like operatic soundtrack-y songs. They make me shed a little tear.

Logan: Magic Mouth donated a couple of songs to Comp 175, a benefit record I produced in November 2012 for LGBTQ Programs and Services in the Pacific NW. You were featured alongside me, Peaches, Matt Alber, God-Des & She and over 30 other queer bands. While you don't want to just be seen as a queer band, how important to you are these LGBTQ programs and services we are raising money for?

Chanticleer: It's very important to me. There are so many queer youth that don't have resources. My family didn't really understand the gay thing and it's awesome to be able to have a resource where they can go to and get what they need to be smart and safe and just have that support. We were more than happy to donate those tracks.

Logan: Well, thanks to all four of you for doing that. Who would you say is the caretaker of the group?

Chanticleer: Peter calls himself a new age soccer mom, so...

Ana: and his name needs to be on all the forms. If we rent a van or something like that, or if we need money.

Logan: Where there's a soccer mom, there's usually a van...

Peter: All that means is I've got a license and a credit card.

Logan: If you had the whole world's attention, what would you like them to know about Magic Mouth?

Chanticleer: We love creating an environment to really let go. We like to party.

Logan: So is "Party Time" the mission of Magic Mouth?

Chanticleer: Pretty much. We wanna make you shake your booty.