We all remember that famous office scene in "The Devil Wears Prada," the one in which Meryl Streep dresses down a naive Anne Hathaway in the most withering tones possible. (Has the word "cerulean" ever sounded so sinister?)

But the point of Miranda's devastating monologue -- that what regular people wear is actually a direct result of the decisions made by high-fashion designers and editors -- might not actually be that accurate.

In a conversation on HuffPost Live with Jezebel's Anna Holmes and brand consultant Andrea Linett, Stella Bugbee of The Cut pointed out that the supposedly influential designers Miranda name-drops likely got their inspiration from somewhere else.

"What has always irritated me about that clip is that the fashion designer who showed it in 2012 probably stole it from some kid they saw on the street who was very stylish. Trends don't trickle down, in theory... they come from the street and they come from subcultures, music cultures. Five years ago, Lady Gaga's craziness was all we wanted to do and talk about," Stella said, adding, "It trickles up and then it trickles back down."

Other fashion insiders may argue otherwise, citing the success of H&M, Zara and other fast fashion retailers have had in taking inspiration (or ripping off, depending who you ask) directly from the runways. But it's indisputable that designers also get inspiration from the bottom up -- just ask Jean Paul Gaultier, who crafted an entire couture collection based on Amy Winehouse.

Watch the clip above and catch the full conversation on HuffPost Live. How much do you think runway fashion really influences what you wear? 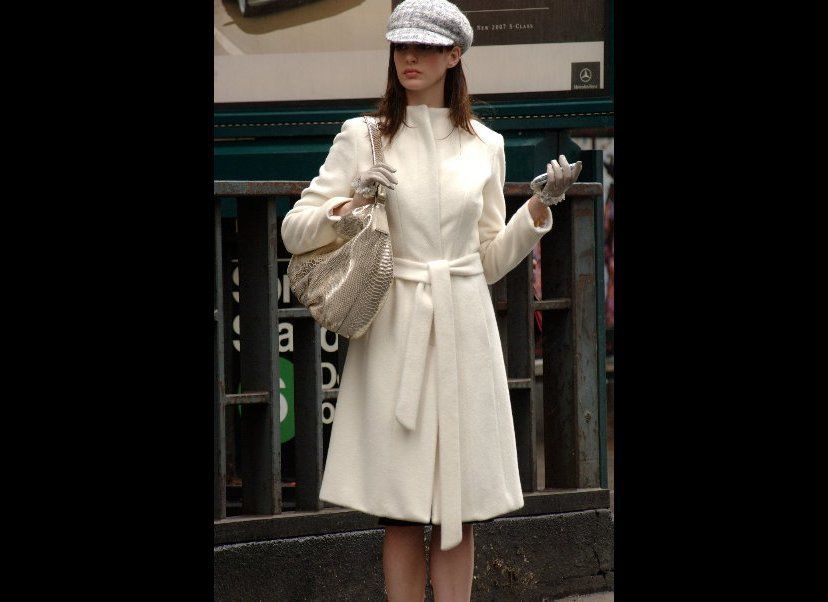