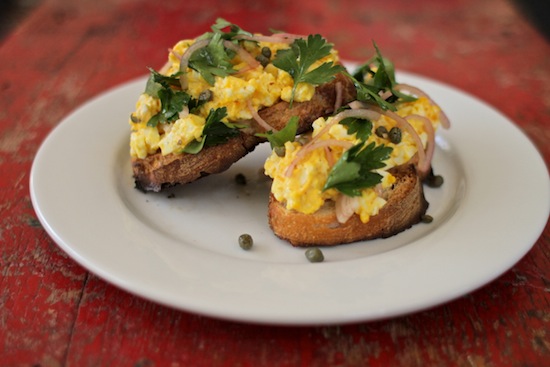 Where would we be without the hen's egg? Could we have fought wars or invented the telephone without it to sustain us? Would the American diner still have far too many pages of breakfast options? Probably not, but, either way, I'd like to dedicate this post to Mother Nature for creating such a ubiquitous and versatile ingredient. It poaches, it coddles, it fries, it binds, it rises, it aerates and so much more. It is an actual super food and we rightfully glorify it -- everyone knows that Easter's not about the bunny. 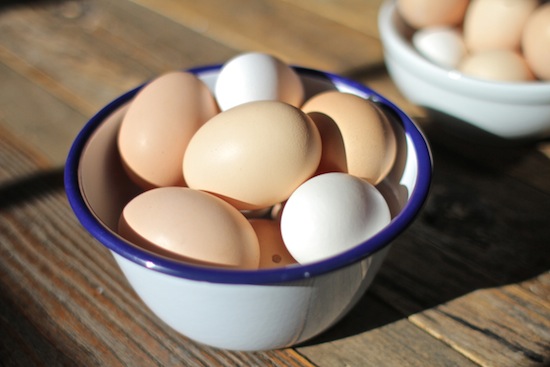 Few things are as evocative of spring as the appearance of the young hen herself, the chick. Though I love spring, I struggle in these first weeks, the season's opening act. While most revel in the sunshine, I curse the East Coast gods for withholding produce for so long. The waiting is fundamentally cruel. Abundance is so close that your body starts craving what is just beyond its reach.

But, really, temptation and spring go hand in hand and nowhere is that more evident than the NYU campus. As soon as the thermometer strikes a cool 65, flocks of hipsters insensibly descend on Washington Square Park to flaunt their bare chests. Because I'm too busy counting the days until fava beans reappear at the market to have fun, I instead observe this ritual from the sidelines where it occurs to me that this must be the reason we call young adults "spring chickens." 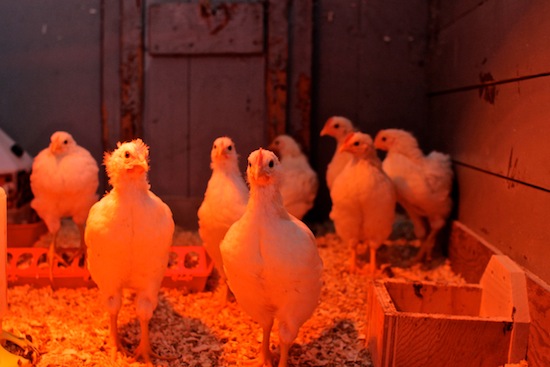 It's an easy metaphor to conjure: we, as eager chicks, hop around in total confusion, awkward, hoping to get in a little peck. And it's a metaphor that's been around the block. As early as the 1720s, the satirist Jonathan Swift used it in a birthday poem he wrote for a woman, Stella, assuring her she was "no chicken."

Apparently, we've always found animal metaphors funny, but this one is particularly so because of how suitable it is. Maybe life is just one big chicken dance for the young adult and, instead of pretending we have anything figured out, we should accept the chaos and jump in -- because our fowl temptations breed what spring is truly about: rebirth and regeneration.

When it comes to chickens, I feel especially lucky. My parents bought 12 hens around the time I went to college in a literal solution to the empty nest syndrome. Each hen has its own personality and one even looks like Bon Jovi: 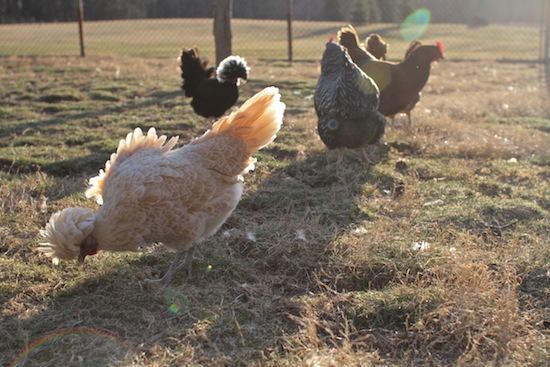 Am I right? Look at that hair! Though they may be aging, the girls still lay beautiful eggs and I absolutely love cooking with them. The recipe that follows is my favorite one for egg salad and I find that it calms my nerves in the first weeks of spring. While we may not have abundant produce, at least we have eggs -- delicious and reminiscent of what's to come. And I can stop cursing the gods.

The addition of paprika in this recipe slightly devils it and the salad of shallots, parsley and capers provides a balance of sweetness, freshness and saltiness. This is a simple, but delicious dish to serve your friends for lunch and I really recommend getting eggs from a local farmers' market, if you can. It makes all the difference in flavor, color and generally feeling like a good person. 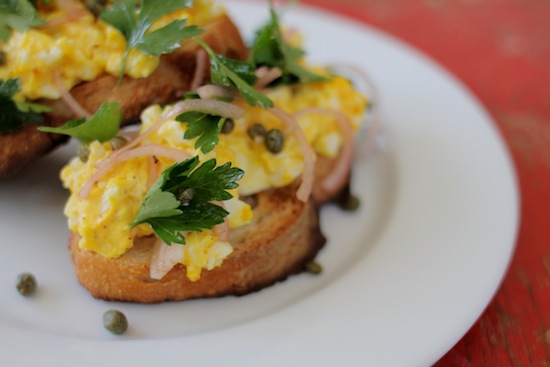 For the Egg Salad

For the Parsley Salad

Bring water to the boil and gently place in your eggs. Cook at a rolling boil for eight minutes and immediately drain and run under cold water. I like to put the drained eggs back into their pot and let water run over them for at least 30 seconds.

Meanwhile, while the eggs are cooking, thinly slice the shallot. Cover it with the vinegar and a pinch of salt and allow to macerate. Chop the capers roughly and toss in with the shallots. Only add the parsley leaves and olive oil when you're ready to serve so that the salad stays fresh and crisp.

All food styling by the glorious Echo Hopkins! Follow her @echohopkins !

More:
friendsegg-saladLunchRecipesTaste
Newsletter Sign Up
An essential daily guide to achieving the good life
Subscribe to our lifestyle email.
Successfully Subscribed!
Realness delivered to your inbox