Devon Carrow is a 7-year-old boy pretty much like any other; except, his mom says, "He's a walking time bomb."

The boy's extreme allergies prevent him from doing many of the things that kids his age do. But that hasn't stopped him from attending his local school in West Seneca, New York.

Unlike other kids, though, Carrow is represented in the classroom by a robot.

According to The Buffalo News, Devon interacts with his classmates and teacher much like any other student. "The only thing that's different is Devon is not in the classroom," his mom explained to the paper. "He's required to do everything every other kid does in the class."

Devon's allergies are so severe that, according to The Sun, interacting with other children could kill him. His diet consists primarily of corn, apples, and potatoes.

The robot, manufactured by VGo, is remotely controlled by Devon, who stays at home and engages via his computer.

Instead of raising his hand as other students do, he lights up an LED on the machine, reports the Daily Mail. A camera relays audio and video via the school's wi-fi (or cellphone) connection, and a screen on the device gives Devon a virtual presence in the classroom as well.

When other kids leave their desks and gather on the carpet, Devon can go, too. Wheels allow Devon to maneuver around the classroom. The robot can operate remotely for more than twelve hours with an added battery pack.

All this, however, is not without a price. According to a media kit provided by VGo, the device costs about $6,000 plus an additional $1,200 each year as part of a service contract. 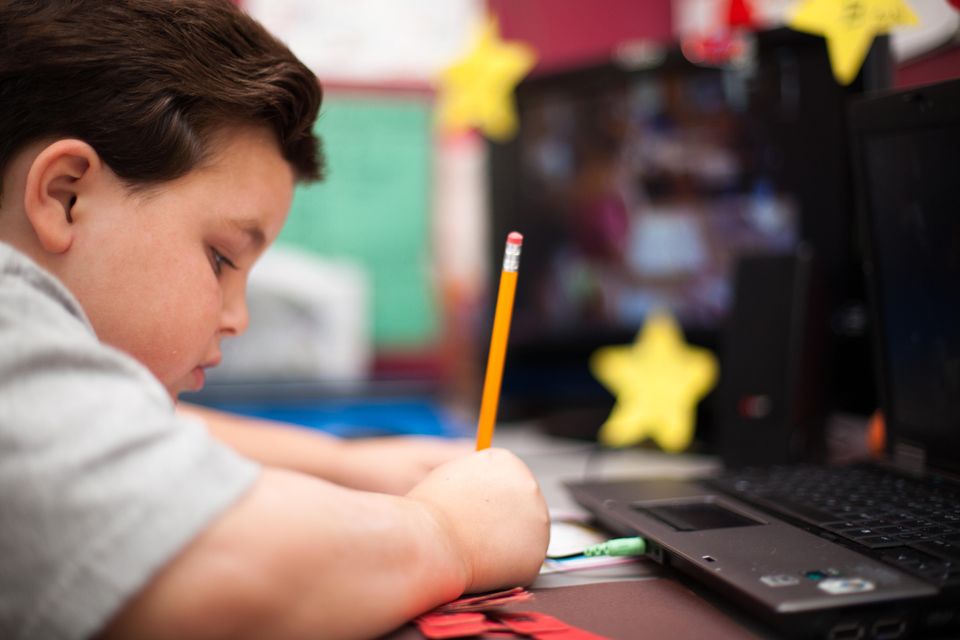 1 / 4
Boy Sends Robot To School In His Place
A little boy whose severe allergies mean that mixing with other children could kill him has made sure he doesnt miss a single day of school - by sending a ROBOT in his place. Devon Carrow, 7, chats to his friends and answers questions in class via a robot - which is wired to a webcam on Devons home computer. The schoolboy never misses out on classes, or even schoolyard gossip, as the 000 robot - and interactive screen on which Devons face appears - negotiates its way around the school corridors. The incredible technology - called the VGo robot - means that Devon never has to leave his own bedroom.
Scott Gable, Caters News