Going head-to-head with the last episodes of "Breaking Bad" has provided a horribly unflattering contrast for "Dexter's" final season. While the last season of "Dexter" was bad on its own merits, it looked extra terrible next to a show going out on top of its game.

The whole dynamic was brought into sharp, depressing focus during the "Dexter" series finale, a night when flash-forwards showed both Dexter Morgan and Walter White bearded and exiled in remote, distant lands. 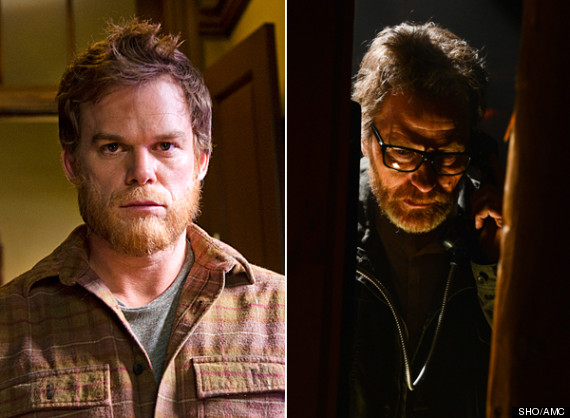 There was only one small difference: "Breaking Bad" was winning the Emmy for Best Drama while the "Dexter" finale was being called "the lamest series finale since 'Seinfeld.'"

In the end, the battle of the cable antiheroes wasn't even close, and "Breaking Bad" still has one more episode to add insult to injury in the bearded blowout. Sorry, "Dexter."