The tower had already been destroyed and rebuilt once before, following a 1934 earthquake.

About 200 people were trapped inside the tower when it collapsed, according to police. 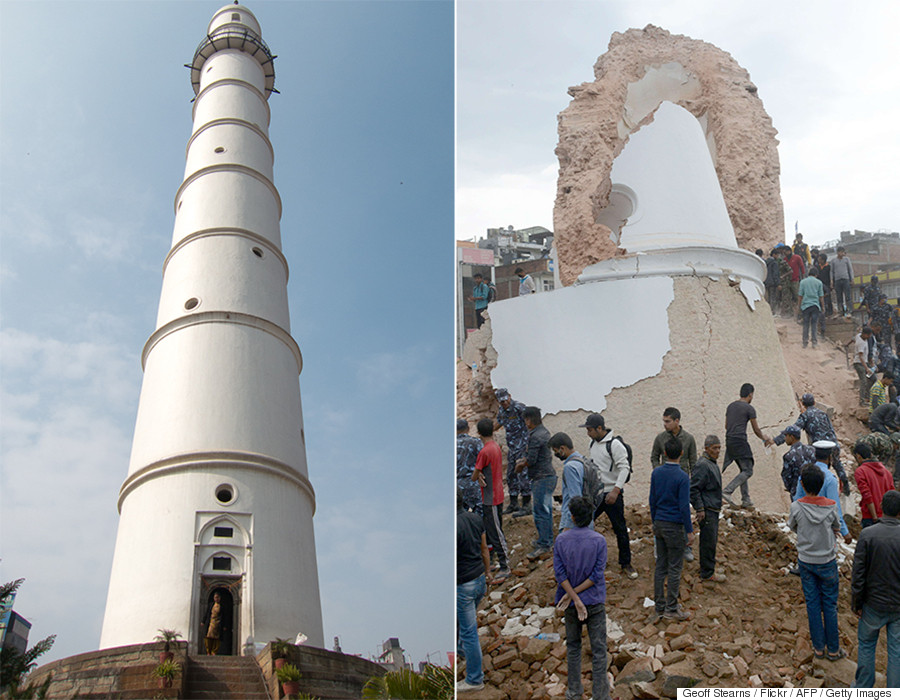 Several temples at Basantapur Durbar Square were also destroyed in the quake.

I took these photos an hour apart. Was wandering when quake demolished temples before my eyes. Heartbreaking. pic.twitter.com/RYtIZI4725

Both the tower and the temples were recognized as UNESCO World Heritage sites.