As the sun set last night, Colombians emerged to light up the night with candles and paper lanterns as they celebrated el Día de las Velitas (Day of the Candles).

Across the country landmarks, homes, and even tombs were illuminated on the eve of the Feast of the Immaculate Conception to honor the Virgin Mary's maternity and welcome the holiday season. (Check out pictures below)

According to Luis Alberto Roballo, Director and Priest of the Catholic institution Fundación Universitaria San Alfonso in Bogotá, the custom has origins that date back to the year 431 in Ephesus (present day Turkey) when bishops set forth on a pilgrimage to commemorate the divine maternity of the Virgin Mary.

Pope Pius IX defined the dogma of the Immaculate Conception, in his papal bull Ineffabilis Deus on December 8, 1854 -- on the eve of which he ordered the cupola of Saint Peter’s Basilica to be lit.

In Colombia, and several other Latin American countries, Dec. 8 is a national holiday. The annual Catholic tradition on the eve of the holiday allows families and friends to gather as they adorn public areas and neighborhoods with lights and prepare for the festivities ahead. 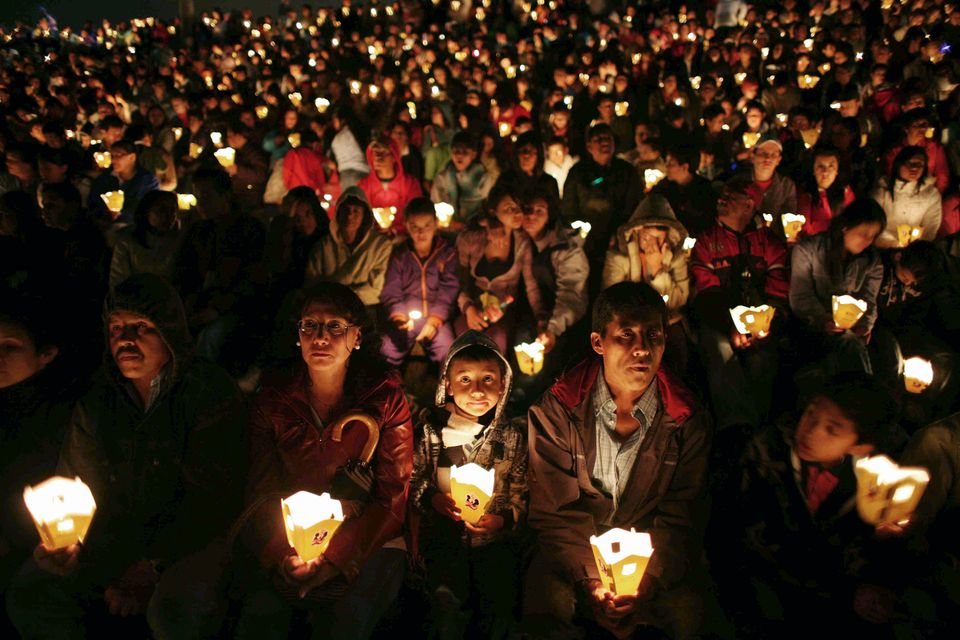