Earlier this week, President Obama playfully skewered his Republican opponents calling them "cray" for dismissing the overwhelming scientific consensus on climate change. He then joked: "If you go to 100 doctors, and 99 of them tell you you have diabetes, you wouldn't say, 'Ah, that's a conspiracy. All 99 doctors got together with Obama to keep me from having bacon and donuts.'"

As the mother of a 6-year-old son with type 1 diabetes, I was surprised that the president, whom I greatly admire and respect, made this joke just a couple of days after he declared November 2015 as National Diabetes Month, stating supportively: "We recognize the impact diabetes has on people's lives, and we rededicate our talents, skills, and knowledge to preventing, treating, and curing it."

And, apparently, joking about it.

I am certain neither the president, nor his staff gave the seemingly inoffensive joke a second thought. And I realize that it was not a joke about diabetes, rather it paired diabetes and donuts to make a humorous analogy. Therein lies the issue for me: the offhanded way so many people use inaccurate, dated, and sometimes offensive and stigmatizing stereotypes about diabetes, for a laugh.

Diabetes isn't funny. It's serious. And in my son's case deadly serious.

Type 1 diabetes (T1D), the most acute form of diabetes, is an autoimmune disease, in which the body's immune system destroys the insulin-producing cells in the pancreas -- and without insulin my son will die. Even though he takes insulin everyday (via an insulin pump) he still could die from this disease, and that fear is with me, every minute, of every day.

There is nothing he, I, or anyone could have done to prevent him from getting type 1. It is a daily and nightly struggle to keep the disease under control. To keep him healthy and safe, I calculate the amount of insulin he needs for every gram of carbohydrate he eats, and help him prick his finger up to 13 times a day to test his blood sugar level. I watch him endure feeling different from every other child in kindergarten, and together we walk the T1D tightrope, trying (and often failing) to find a balance between high and low blood sugars. Our lives are dominated by this maddening, roller coaster of a disease, where the only predictable thing is its unpredictability. I wake up zombie-like every night to make sure his blood sugar hasn't plummeted, and that he is not another victim of "DIB/dead in bed," a rare, unexplained syndrome that stalks our sleeping children, and is every T1D parent's constant, and worst nightmare.

This is my life, my child's life with type 1 diabetes. Not very funny, is it? Though a sense of humor definitely helps get us through the day.

People often comment that my son is so thin: "How could he have diabetes?" Or looking at me, who is far from thin, they say: "Oh, so he got it from you." Both comments are examples of the conflation of t1 and type 2 diabetes, and the misunderstanding and stereotyping that goes along with that.

There are nearly 3 million people in the U.S. with type 1, and up to 27 million with type 2. People with type 1 diabetes are insulin deficient, while those with type 2 are insulin resistant. Both conditions are the result of the interplay of genes and the environment, but the mechanisms and manifestations of each are indisputably different.

There is a known connection between the multitude of obesogenic factors in our modern world -- our diet and exercise patterns -- and the growing number of people with type 2 diabetes. Many, but not all, type 2s are able to reduce or eliminate some of their diabetes medication via weight loss and improved diet and exercise.

In contrast, the environmental triggers for type 1 are unknown, and no amount of dietary changes or exercise can bring back the body's ability to produce insulin. There is no cure or reversal strategy for type 1 diabetes.

Many in the type 1 community bemoan the constant misinformation and type 2 stereotypes aimed at them, while people with type 2 may feel misunderstood, shamed and vilified by the world at large, and sometimes even by those with type 1. Some believe that it is time for the two diseases to be given different names, yet others say that idea is divisive, and further stigmatizes those with type 2.

Social media and the Internet provide great community support, but can also misinform and perpetuate snide stereotypes. This summer, CrossFit tweeted a doctored picture of a Coca-Cola bottle with "open happiness" replaced by "open diabetes," along with the company's CEO, Greg Glassman adding: "Make sure to pour some out for your dead homies." 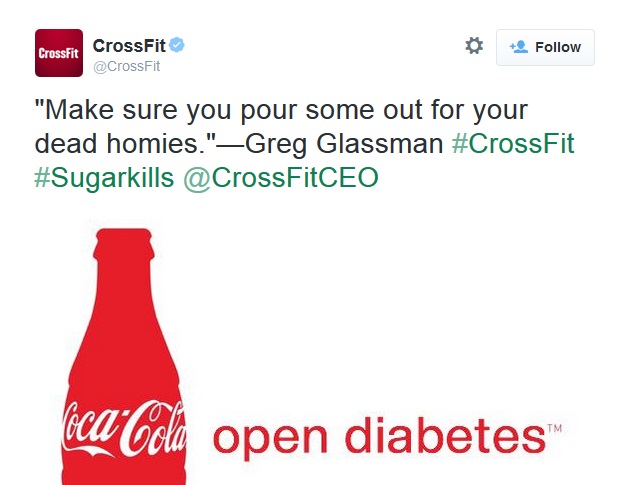 Journalist Svati Narula, who has type 1, wrote about the CrossFit brouhaha in Quartz: "To think of either type of diabetes as something caused by sugar or something that can be treated with a sugar-free lifestyle is a gross oversimplification. That's the way people thought about diabetes in the early 1900s, before the discovery of insulin. Narula added that, from her perspective, Coke is not the enemy: "On more than one occasion, it's been a 12-ounce can of Coke that saved me from a low blood sugar emergency."

On Instagram, #diabetesonaplate photos are posted of rich desserts and fatty meals. The folks at Type 1 Diabetes memes created a great response, with a photo of a blood sugar meter, blood pricker, vial of insulin, test strips, and insulin pump on a plate, with the tagline: "THIS IS diabetes on a plate." 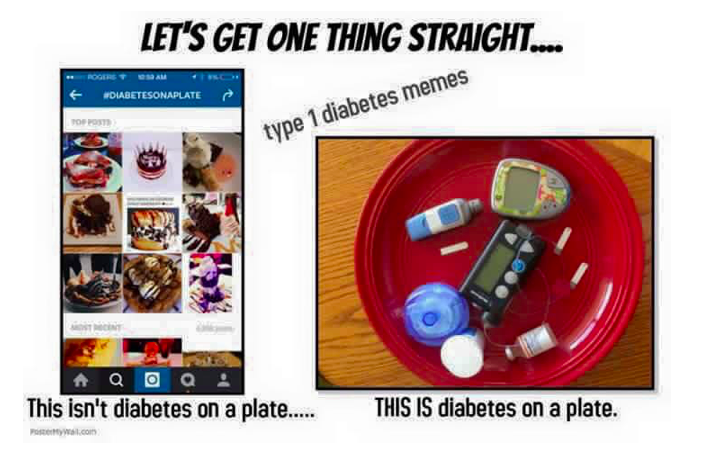 This is one of the biggest misnomers -- donuts and bacon do not cause diabetes. In fact bacon (we prefer the turkey kind) is a "free" food, as it has no carbohydrates, and is often a better option for my son than a slice of bread. This is not to say, of course, that these are healthy choices for anyone.

Diabetes is a life-threatening disease. Type 1 nearly stole my precious child from me. It is an unrelentingly tough disease to control and care for, and constantly battling stereotypes and misinformation makes it even tougher. So how about we ditch the blame and the shame, the snarky memes and jokes, and empathize and educate instead? Because as my sweet son waits, and waits, for a cure, he should be held up as a superhero of resilience, courage and strength, not as the punchline of any joke.