Sam is a 21-year-old student at Harvard who has already spent four years in and out of Latin America helping local diabetes agencies and youth with diabetes. A week after Sam's diagnosis with Type 1 diabetes at 17, he became a volunteer with AYUDA (American Youth Understanding Diabetes Abroad).

His experience with Ayuda has likely been as vital to his preparation as Harvard will be to achieve his ambition: empower businesses to solve social ills.

AYUDA, run by three full-time and one part-time staff member under the leadership of co-founder and chairman Dr. Nick Cuttriss, brings diabetes education to nine Latin American countries, primarily Ecuador and the Dominican Republic. It also raises the social conscience of its volunteers. 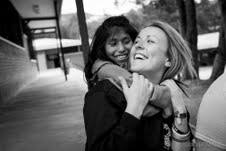 In the countries where AYUDA works, Merith Basey, director of international operations, told me as much as 40 percent of the population live on less than $2 a day and blood glucose test strips cost approximately $1 a strip.

AYUDA is different than other humanitarian diabetes organizations, and I am fascinated by its proposition. First, it brings diabetes education and human resource support, not medical supplies, to local diabetes communities in need. As Basey told me, "Providing insulin and strips alone, we know isn't going to result in healthy, happy children. A lack of education is as dangerous as a lack of insulin."

Second, its founding principle is youth helping youth. AYUDA was founded in 1996 by Dr. Cuttriss (today a pediatric endocrinology fellow in Miami as well as AYUDA's chairman of the board) and a friend when they were 16 years old and had a friend who had Type 1 diabetes. Helping their friend, they were soon helping other young people with diabetes, and they saw young patients connected more with, and were more responsive to, them than they were to adults and medical professionals. They experienced the power of peer-mentorship.

Third, AYUDA grew its mission after learning how their volunteers' experiences were affecting them.

"We set out to provide education and support to local diabetes communities in conjunction with our local partners," said Basey. "But as our volunteers began to see diabetes in a global context, which they hadn't before, their focus changed. Many college students changed their majors to global health studies, public health, pre-med or human services."

AYUDA aims now to plant a seed for social change and entrepreneurship in its volunteers.

AYUDA also saw the experience led many volunteers to take better care of their own diabetes. Plus, siblings of volunteers who participate, never having had a role to play alongside their sibling before, now do, and this benefits the family dynamic of diabetes.

I asked Basey, who does not have diabetes, what keeps her doing this work after eight years. "I'm consistently inspired by how quickly children, young people and families with diabetes change when they realize that there is hope, when they get the knowledge they need and see that they can manage this condition and live healthy normal lives." 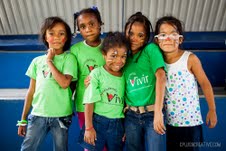 "We estimate we've reached about 70 to 80 percent of children and youth with Type 1 diabetes in some of the countries we're working in with our partners," said Basey. "And I feel it's our responsibility to continue and to grow. We're also reaching more people more quickly after diagnosis and that means more children will suffer fewer complications."

AYUDA volunteers are mostly high school and college students, and about 50 percent are living with Type 1 diabetes, but you don't have to have diabetes. Volunteers participate in online training in diabetes, global health, social entrepreneurship, advocacy, and must also fundraise to cover their own expenses and help fund the educational camps where they'll be working. AYUDA only receives some revenue from foundations and private donors.

Volunteers then congregate in Washington, D.C. over the summer to meet with AYUDA's local partners and finally go in-country where they work with those partners, and volunteer medical professionals, on local projects, including spending one to three weeks at educational diabetes camps. Volunteers may also make in-home outreach visits to families that live far from the capital cities.

Thirty percent of AYUDA's volunteers volunteer more than once, and many more stay involved in some capacity. Almost 100 percent, Basey said, find that while the experience often wasn't what they expected, it has an enormously positive impact on their life. And that's just what AYUDA wants.

"We hope while we bring change in Latin America," said Basey, "we are helping young people have a broader vision of what is possible and their capacity to create change, whether that's in the diabetes community or somewhere else."

In my next post, I'll bring you the thoughts and experiences from some of AYUDA's volunteers.

Riva's new book, Diabetes Dos & How-Tos, is available now, along with 50 Diabetes Myths That Can Ruin Your Life and the 50 Diabetes Truths That Can Save It and The ABCs Of Loving Yourself With Diabetes. Riva speaks to patients and health care providers about flourishing with diabetes. Visit her website DiabetesStories.com.