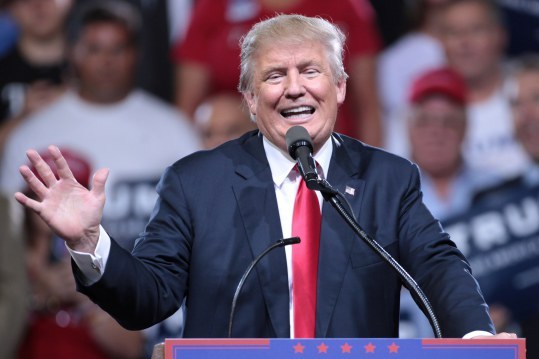 President Donald Trump's first week in office was spent signing executive orders regarding the Dakota Access and Keystone XL Pipelines, visa and refugee programs and a wall along the U.S.-Mexico border, all which sparked nationwide demonstrations and protests. Since the beginning of Trump's campaign and more frequently over the past week, media outlets and select "experts" have been gaining attention by diagnosing Trump with various mental or personality disorders. However, is it ethical for experts in psychology and psychiatry to offer professionals diagnoses of Trump and what are the political implications?

A recent article published in U.S. News & World Report titled, "Temperament Tantrum," featured a professional assessment of the 45h President from John D. Gartner, a practicing psychotherapist who previously taught psychiatric residents at Johns Hopkins University. Gartner told U.S. News & World Report that Trump has "malignant narcissism," an incurable narcissistic personality disorder. Despite the Goldwater Rule, in Section 7.3 of the American Psychiatric Association's (APA) Ethics Code, which cautions against offering a professional opinion about an individual in the public eye who has not been formally evaluated, Gartner argues that in the case of Trump, he can "make this diagnosis indisputably" and the breaking of the [Goldwater Rule within the] ethics code is warranted.

According to Dr. Celia Fisher, Professor of Psychology and Director of the Fordham University Center for Ethics Education, however, such misleading statements by mental health professionals "helps the Trump administration hide their strategic intent to undermine traditional democratic principles under the guise of a President whose impulses often get the better of him."

As former Chair of the American Psychological Association's (APA) Task Force that created the most recent APA Ethics Code, Dr. Fisher notes that not only is Gartner's diagnosis at a distance "at odds with professional ethics," but also feeds into "public distrust of both the mental health profession and our political system."

For more coverage from the Ethics and Society blog on the diagnosing of public figures by mental health professionals, please read "Psychologists who "Analyze" Trump are Violating the Public Trust" and "Psychologists not immune from prohibition on diagnosing famous figures."

Celia B. Fisher, Ph.D. is the Fordham University Marie Ward Doty University Chair in Ethics and Director of the Center for Ethics Education. In addition to chairing the 2002 revision of the American Psychological Association's Ethics Code, Fisher's Decoding the Ethics Code: A Practical Guide for Psychologists, is now in its fourth edition from Sage Publications.

This blog post was originally published on the Fordham University Center for Ethics Education Ethics and Society blog.