When 64-year-old Diana Nyad swam for nearly 53 straight hours from Cuba to Florida without a shark cage, she accomplished what no human had ever done before. Her strength, will and spirit have made her an inspiration -- but when asked who she is most inspired by, Nyad says it's simply "people who decide that they're going to live a good life."

On "Super Soul Sunday," Nyad tells Oprah about a woman she met after one of her speaking engagements. Nyad, who was sexually abused as a teenager by her swim coach, says she sometimes talks about the abuse in her speeches. "I don't suffer through it," she says. "I'm no victim. But I tell it because it's real and because it is an epidemic."

After the event, Nyad says she was invited to a dinner where she met a retired professor who shared her own powerful story.

"She reached across the table to get something that night … and her sleeve pulled back and I saw the numbers etched in her forearm." Nyad says. "And I said, 'You're a survivor.' And so she told me about it."

The woman told Nyad her story of surviving the Holocaust and sexual abuse by her captor. "Three years old. Poland. Gestapos came in, got the family," Nyad says. Her father was shot and her mother and sibling were taken away. "She never saw them again in her life," Nyad says. "At [age] 3, that day, became the SS officer's concubine, and was forced to do, you know, the whole thing for two and a half years, at [age] 3."

"I started weeping at this table," Nyad says. "And I said, first of all, I feel so ashamed that I brought up my little story on stage tonight about what I suffered in my life. And she said, 'Don't ever say that. Every human being on this planet has their pain and their heartache and it's up to all of us to find our way back to light.'"

After the young girl was freed, she told her adopted mother what had happened to her, according to Nyad. "And this woman said to her, 'Look, darling, hold my hands. You will never forget this experience. You can't. It happened to you, it's real. But put it in your soul deep, deep down and don't let it live on your skin, because this is a beautiful life and almost all the people on this planet are beautiful, loving people. And you're going to know them and you're going to live a beautiful life filled with joy.'"

Hearing that story, Nyad says, helped her to heal. "Helped me more than anything I've ever heard about the whole sexual abuse thing," she says. "Fine, it happened. Stuff it down. You've got anger, that's fine. Don't let it ruin your life. This is your life, not his life, you know?"

"So those are the people I admire, who have had real tough roads but they have found a way to still live a beautiful life," Nyad says.

"I'm so moved by that story," Oprah says, wiping tears from her eyes. 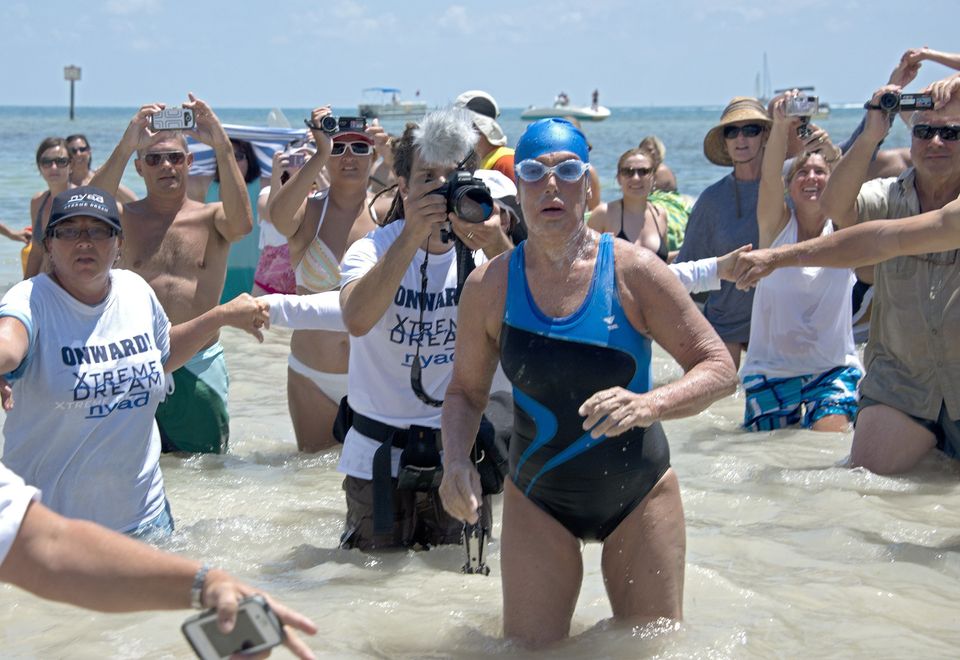