Tuesday June 28th was the Democratic Primary for Congressional Candidates in the state of New York. For the past year, since July 1, 2015, I was officially in the race for NY's 13th Congressional District, a formidable candidate for an historic seat held by Charles Rangel for the past 46 years, and prior to him, the late Rev Adam Clayton Powell, Jr, for more than three decades. So there hadn't been an opening in almost a century, and nine people, yes nine, were vying for this seat, now that he announced his retirement.. 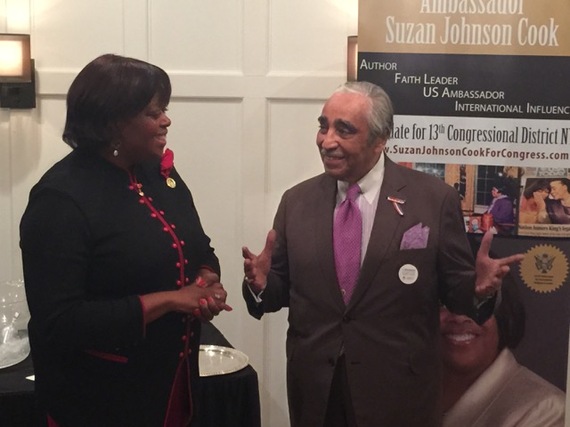 The men:
For l0 of the 12 months, I was the only woman, in a field of seven, and then the last two months, someone convinced another woman to jump into the ring, I guess so I could no longer say I was the only woman in the race. One could tell that she was THROWN into the ring. She had no fire in the belly and was ill prepared in public settings..

So six other candidates, all men, and I vied for this seat. Most were decent, but the male testosterone often showed its head, and I'd have to remind them that a lady was in the room. Women loved it when I said "I'm the only woman running" and cheered often, as they vowed to try to make history in this historic district, by electing me to be the first female member of Congress from District 13

Despite many women who shared my ambition to include women in politics, many male candidates failed to acknowledge women's issues or take the extra mile to help women feel included. This was immensely disappointing for me, especially when in many public forums and debates; I always stood for the sisters. Many had countless opportunities to jump on my feminism talk, yet many lacked the initiative to be a man who talked with the women in the room. That's why it's so important to have women's voices at the table.


The media:
The media is supposed to be fair, objective; they often focused on the male candidates, and not even those who had the most money. They just were men. Several articles omitted my name, and others kept my achievements to one liners, but the most noticeable "diss" as the kids would say, was the first and only Live televised debate hosted by NY 1.

Now as a professional speaker, I can hold my own, especially in front of a crowd, and especially with a speaking role, Errol Louis, who had interviewed me before, and his panelists, set the format and tone for the debate, by stating candidates would receive questions from their three panelists, and then others could respond. Well, more than a half an hour into the debate, there were NO questions directed to me, not even one to make it look good, so I proceeded to "jump in". After the break, It thought surely there's one now, but no, I was able to participate in the lightning round with the others, but NOT ONE question was ever directed to me, and my name was mispronounced at least three times. At least ten people, as I exited the arena, commented on it. Some said they would send an email to the general manager of NY1. I don't know if they did, but I can tell you what NY1 DIDN'T do, as well as other mainstream media. They didn't play fair. It's disgusting. 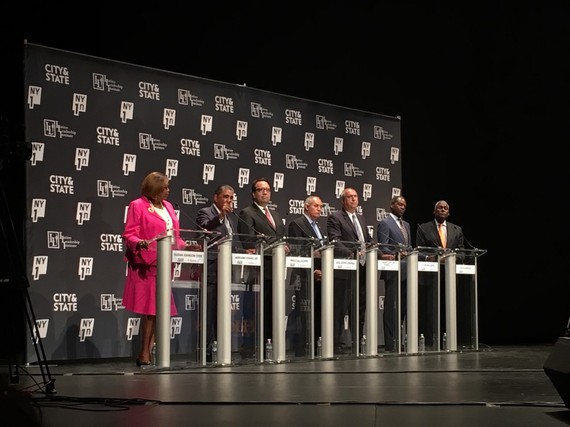 The Mess:
First there was the polling site that did not have my name on the ballot. How did this happen? We called into the Board of Elections.
Then there were the personalities. Well, of all the candidates who spoke to one another, warmly and regularly, five of the seven, vowed, that we would not be nasty.
Throughout the race, I had one opponent's camp constantly and persistently approach me with the offer to drop out of the race so they could have my votes go towards them. They first sent their campaign manager, then others. Then their campaign manager again--this time to my family, and others close to me. How insulting. Would they approach a man with this request? No. One in their camp even came the day before ELECTION DAY. I'll let them self-identify, and they'll probably deny. Messy!!! 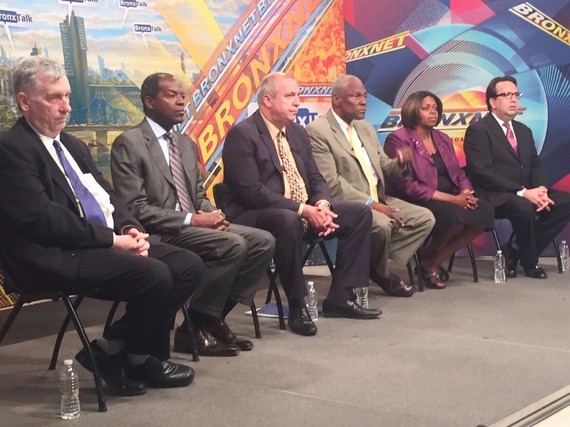 First of all, my grassroots supporters have been too good to me, and supported me, sometimes on their only monthly check. Others have believed in me right from the start.
I ran this race at the end, the way I began: with honesty, integrity and loyalty to the constituents of our District, where I was born and where my parents served as public servants

I congratulate Mr Espaillat on receiving the Democratic nomination.
This has been page two in the Diary of a Courageous Congressional Candidate. 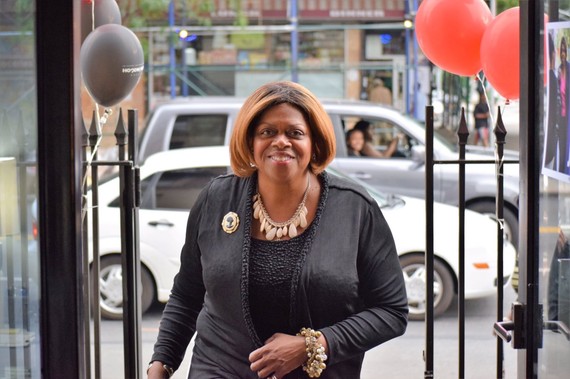 Ambassador Suzan Johnson Cook was the third US Ambassador at Large for International Religious Freedom. Owner of Charisma Speakers she is a columnist for Huffington Post, and often a commentator with mainstream media, and is the founder of Pro Voice/Pro Voz Movement for women. She can be reached at ProVoiceMovement@gmail.com or for Speaking engagements CharismaSpeakers.com
She was a candidate for NY's 13th Congressional District

Former principal advisor to the President of the United States and Secretary of State, for International Religious Freedom