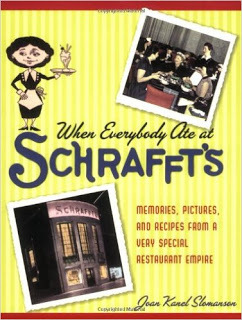 Remember Schraffts and Longchamps. Remember the Madison Delicatessen, Ratners, Gitlitz's and Tip Toe Inn. (the once elegant deli that was a fixture on the Upper West Side during the 50's and which was recreated for an episode of Mad Men). And who can forget Nedick's (whose hot dogs, made from pork and rotating all day on a grill shot their hot juices into your mouth) which was a respite if you were on 86th Street and didn't want to have to put up with the smell of beer and rye which filled the air of the counter at the Blarney Stone or Martin's Bar? Horn and Hardart's, the automat, was like the three card monte of fast food to the extent that hands were always moving magically behind the little doors that opened with an infusion of change. Then there were Chock Full 'O Nuts which made an unsuccessful comeback at a 23rd Street location and Orange Julius. Did you know that the location occupied by Smith and Wollensky on Third Avenue, with its Tudor façade was actually a venerable institution called Manny Wolf's Chop House. And how can you forget that famous mecca for cabbies, the Belmore Cafeteria on Park Avenue South (which played a cameo in Taxi Driver). Then there was Bickford's. You had to be in a certain kind of mood for Bickford's whose bland name communicated something about the taste of the cuisine. And what about the Chinese places with the specials that went from 1-10, the first being chicken chow mein, fried rice, egg roll and wanton or egg drop soup, with their Naugahyde booths, murals of Confucius and take out areas which resembled the waiting room of a dentist's office with their fish tanks and piles of worn magazines. The Lotus Eaters on 86th, Jade Mountain on 12th and Second and Hong Fat's the representative of Chinese American cooking in Chinatown. Oblivion is now the haunt of all of these legendary establishments and one wonders if there isn't even a place in heaven where the hulks of these old favorites reside.