Dick Cheney has spent his career not revealing himself, and in his new memoir and the ensuing PR blitz, he appears to be staying largely in character.

But as the former vice president uses media interviews to sell books, reporters have an unprecedented opportunity to confront him about his highly controversial legacy and push him to divulge more about how he pursued his agenda.

And there's so much material -- starting of course with Cheney's cheerful acknowledgment of his role in promoting governmental conduct that is flatly illegal and conflicts with traditional American values.

Here are some questions journalists could be asking Cheney -- and, most importantly, some facts he should not be allowed to escape.

For a list of the questions readers most wanted to ask the former vice president, click here.

Dan Froomkin is senior Washington correspondent for The Huffington Post. You can send him an email, bookmark his page; subscribe to his RSS feed, follow him on Twitter, friend him on Facebook, and/or become a fan and get email alerts when he writes. 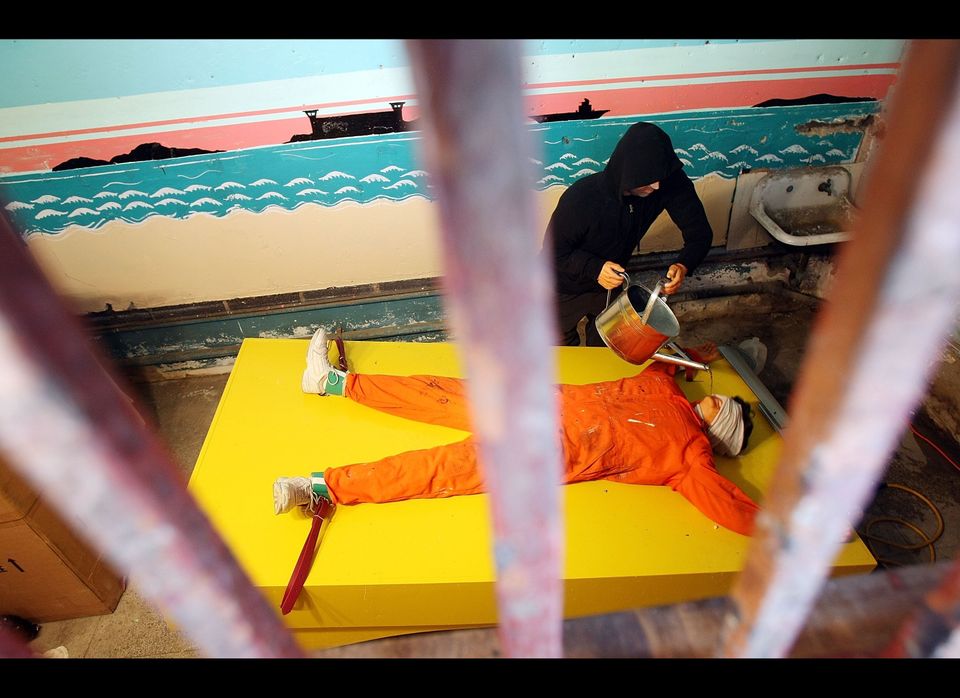 1 / 11
How Can You Possibly Not Call It Torture? And Just How Involved In It Were You?
Waterboarding -- no matter what Cheney says -- has been one of the most notorious forms of torture <a href="http://www.npr.org/templates/story/story.php?storyId=15886834" target="_hplink">dating all the way back</a> to the Spanish Inquisition. It involves strapping people to a board and, by pouring water over their face, essentially drowning them, before reviving them and possibly doing it again. The U.S. government has historically considered it a <a href="http://www.washingtonpost.com/wp-dyn/content/article/2006/10/04/AR2006100402005.html" target="_hplink">war crime</a>. In 2003, Khalid Sheikh Mohammed, the 9/11 mastermind, was <a href="http://emptywheel.firedoglake.com/2009/04/18/khalid-sheikh-mohammed-was-waterboarded-183-times-in-one-month/" target="_hplink">waterboarded 183 times</a> in one month. When asked if he still embraces waterboarding during the <a href="http://www.nbcumv.com/mediavillage/networks/nbcnews/datelinenbc/pressreleases?pr=contents/press-releases/2011/08/24/exclusiveinterv1314207482274.xml" target="_hplink">first interview</a> in the lead up to the release of his new memoir, "In My Time," Cheney said: "I would strongly support using it again if circumstances arose where we had a high-value detainee and that was the only way we could get him to talk." Given that waterboarding is so obviously illegal, Human Rights First official Dixon Osburn suggests this line of questioning: "Do you fear being charged with criminal conduct? Do you fear being charged with a war crime? The United States has prosecuted individuals who engaged in waterboarding, so why is there now an exemption from those in the Bush administration?" Former prosecutor Elizabeth Holtzman, who served on the House Judiciary Committee during Watergate and later advocated for Bush's impeachment, said she would like reporters to explore how involved Cheney was in approving individual interrogations. "What role did he play in feeding questions to the people being tortured?" she asked. "Did he suggest questions?" Holtzman also suggested that that Cheney be asked how worried he was that he'd be prosecuted for war crimes once the Supreme Court overruled the administration and declared that detainees were subject to protections under the Geneva Conventions. And since the possibility of international prosecution for war crimes still exists, she said, "when does he plan to travel outside the Unisted States next?" "I would ask him about the case of <a href="http://www.washingtonpost.com/wp-dyn/content/article/2005/12/03/AR2005120301476_pf.html" target="_hplink">Khalid al Masri</a>," said Scott Horton, a human rights lawyer and columnist for <em>Harper's</em> magazine. "Did you participate in the decision to have him apprehended and sent to be held in Afghanistan? Were you aware of the techniques that would be used on him?" Masri, who was swept into custody because his name was similar to that of an associate of a 9/11 hijacker, turned out to be an unemployed father of five who had done nothing wrong. Horton said there were considerable doubts within the White House's own National Security Council regarding Masri's identity. "But in the end, the authority was given to seize this guy and torture him." Horton also cited the case of <a href="http://harpers.org/archive/2011/07/hbc-90008135" target="_hplink">Haji Pacha Wazir</a>, initially described by officials as al Qaeda's banker. He was seized by the CIA in 2002 and held in prisons in Morocco and Afghanistan. Although by 2004, two CIA case agents had determined the accusations against Wazir were baseless, Wazir wasn't released until 2010. "Was that a correct thing to do? Were you involved in that decision?" Horton asks. "Was it appropriate to continue to hold him after it became clear that he wasn't guilty of anything?"
Getty Images