Dick Clark is dead after suffering a heart attack, according to TMZ. ABC confirmed the report.

The 82-year-old longtime TV producer and host had been at St. John's Hospital in L.A. after undergoing an outpatient procedure on Tuesday, according to TMZ. Clark reportedly suffered the heart attack following the procedure and died on Wednesday after unsuccessful attempts to resuscitate him.

Clark had a history of health problems. He was diagnosed with Type 2 diabetes in 1994, which he kept private until 2004, the year he suffered a stroke that forced him to retire as host of "New Years' Rockin' Eve." Clark created the program in 1972 and earned a Peabody Award for his coverage. He was only unable to host twice until his stroke. Though Ryan Seacrest has since taken over, Clark made annual appearances.

Born and raised in New York state, Clark began his career in show business in high school in 1945 when he started working in the mailroom of a local radio station. Soon, he was promoted to weatherman and then, news announcer. Upon graduating from high school in 1947, he climbed the ladder at another local station and eventually, in 1952, he found his way to WFIL, a radio and affiliated television station in Philadelphia.

There, Clark was given the opportunity to substitute host an afternoon teen dance show called "Bandstand." In 1956, he became the full-time host and the show was picked up by ABC and renamed "American Bandstand." On the first episode of the national installment of the show, Clark interviewed Elvis Presley.

Throughout his career, the small screen legend earned the nickname "America's Oldest Teenager" due to his eternally youthful appearance. In addition to "American Bandstand" and "New Year's Rockin' Eve," Clark also served as a longtime Top 40 radio countdown host, hosted five versions of the game show "Pyramid" since 1973, and served as chairman and chief executive officer of Dick Clark Productions, which he had sold part of in his final years.

Clark was married three times and has three children from his first two marriages. He is survived by his current wife Kari Wigton.

Below, see Twitter reactions to Dick Clark's death and video highlights of his career. 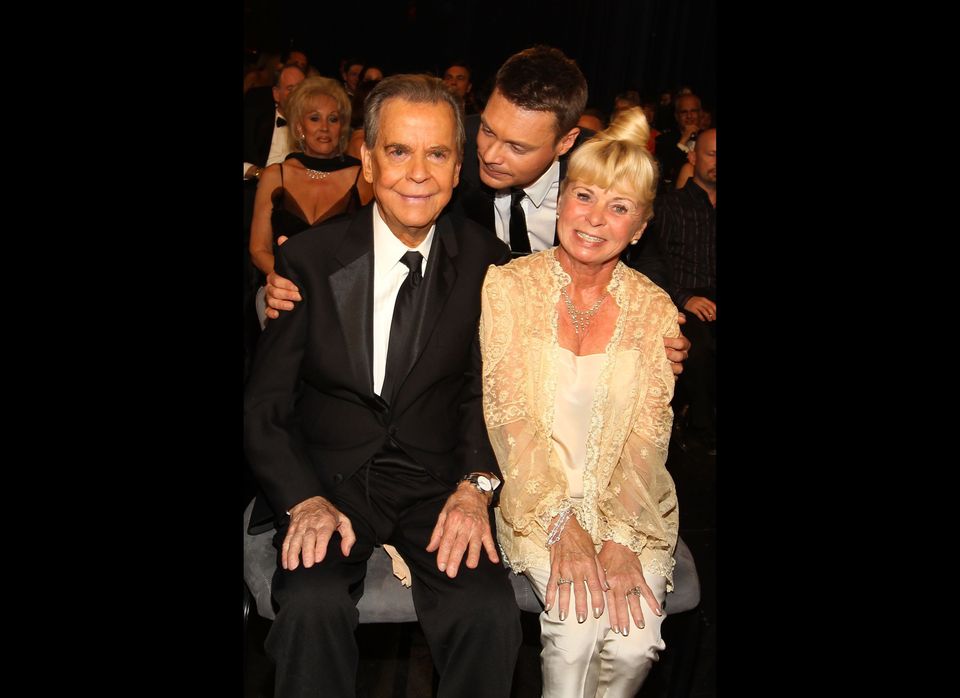