The arms trade stretches across a continuum of legality and ethics from the official, or formal trade, to the grey and black markets, what I refer to as "the shadow world."

In practice, the boundaries between the three markets are fuzzy. They are often intertwined and dependent on each other, as a consequence of close links between defense contractors and governments, arms dealers and intelligence agencies.

With bribery and corruption de rigueur, there are very few arms transactions that do not involve illegality, most often through middlemen or agents. It is estimated that the arms trade accounts for up to 40% of all corruption in all world trade. This corruption, and the efforts to conceal it, undermine the rule of law in buying and selling countries, distort the market and pollute the business environment, the political process and the functioning of the state.

A closely related feature of the trade is the very regular occurrence of blowback -- the unintended and unexpected negative consequences of weapons sales. Blowback often results in the undermining of the security of the selling country, which the original sale of arms was intended to bolster.

Given the reality that the U.S. buys and sells almost as much weaponry and military matériel as the rest of the world combined, it is hardly surprising that the world's dominant superpower experiences arms trade blowback on a frighteningly regular basis.

What follows is a small and indicative selection of dictators and insurgent groups who, at some stage, have been armed by the U.S., and the unintended consequences that have inevitably followed. They range from the early arming of Fidel Castro's insurgency in Cuba to the massive military sales to Egypt's now-deposed Hosni Mubarak that kept him in power for three decades, as well as the more modest, but as important, arming of the recently vanquished Muammar Gaddafi.

Excluded from the list is the most obvious potential case of blowback: the U.S.'s compulsive arming of the despotic, human-rights-violating, deeply corrupt kingdom of Saudi Arabia.

A regular buyer of billions of dollars of military equipment from the U.S., the Saudis were forced to turn to Britain when Israeli political pressure briefly turned off the Pentagon taps in the 1980s. In so doing, they engaged in the biggest and most corrupt arms deal of all time, called Al Yamamah, or "the Dove." The deal became known as "Who's Ya Mama?" after it was revealed that Mark Thatcher, the wayward son of then British Prime Minister, Margaret Thatcher, was allegedly paid around £12 million as an agent on the deal.

This was a pittance by comparison to the alleged total commissions of £6 billion paid out, according to British police. Saudi Ambassador to the U.S. at the time, Prince Bandar bin Sultan, saw around £1 billion paid into his accounts at the then-still-venerable Riggs Bank. He was also gifted an Airbus, painted in the colors of his favorite football team, the Dallas Cowboys.

It is, therefore, unsurprising that in making his "Arab Spring" speech President Obama, while claiming that "the status quo is not sustainable... we have embraced the chance to show that America values the dignity of the street vendor in Tunisia more than the raw power of the dictator," failed to mention Saudi Arabia.

That might be because the U.S. has recently negotiated yet another arms deal with the kingdom, this time worth an astonishing $60 billion.

Could the desert kingdom be the next site of blowback for the U.S.'s gluttonous arms trading?

Andrew Feinstein is the author of The Shadow World: Inside The Global Arms Trade (Farrar, Straus and Giroux, $30), published today. 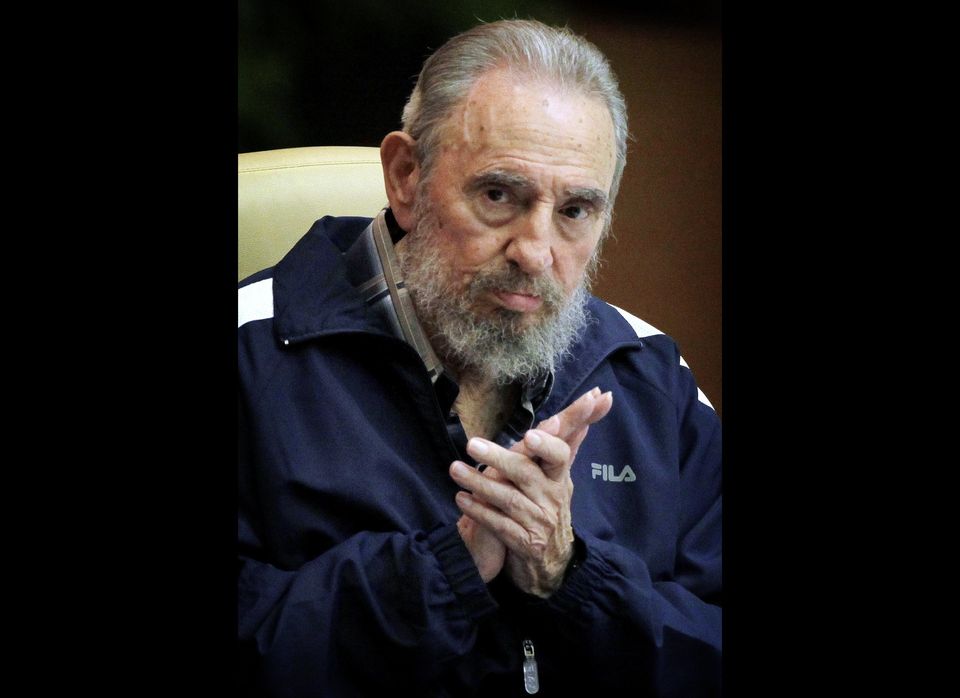 1 / 7
Fidel Castro
<strong>The Arms Sale:</strong> In 1957, Samuel Cummings and his U.S. company Interarms, in a transaction sanctioned by the CIA, supplied weapons to the forces of Fidel Castro in Cuba. <strong>The Blowback:</strong> It was believed that by supplying Castro with arms, the U.S. may have been able to keep the bearded revolutionary onside. The opposite occurred. The weapons assisted Castro's overthrow of the U.S.-supported dictator, Batista, and had no impact on his antipathy towards America. And the rest - The Bay of Pigs, the Cuban Missile Crisis and the on-going tensions between the countries - is, as they say, history.
AP