Back to the Future has always had a rather unique ending for such a blockbuster hit. 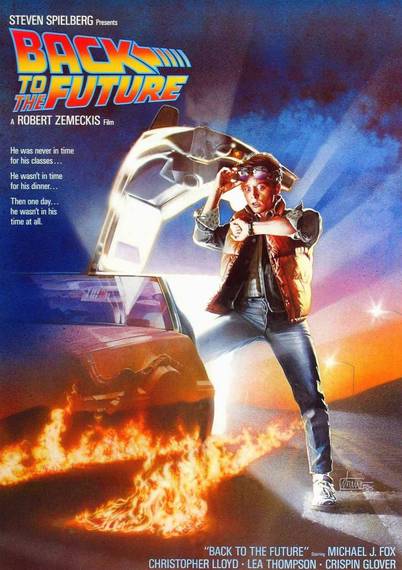 The 1985 time travel film ended with Marty McFly (Michael J. Fox) returning to the 1985 after a week-long stay in 1955 (hence him trying to get "Back to the Future" throughout the movie). He is marveling at all the improvements in his and his family's life based on his influence upon his parents when he interacted with them thirty years earlier. While celebrating these new changes in his life, eccentric scientist Doc Brown (Christopher Lloyd) shows up in the time traveling DeLorean car and tells Marty that he needs him to go with him to 2015 because something needs to be done about Marty's children. When Marty (and Marty's girlfriend and future wife, Jennifer) get into the car, Marty is worried that the car won't have enough road to get up to 88 miles per hour (the speed needed to trigger the time-traveling aspect of the vehicle) but Brown informs him, "Roads? Where we're going, we don't need roads." The car then begins to fly and takes off into the future and then "To Be Continued..." flashes on to the screen. 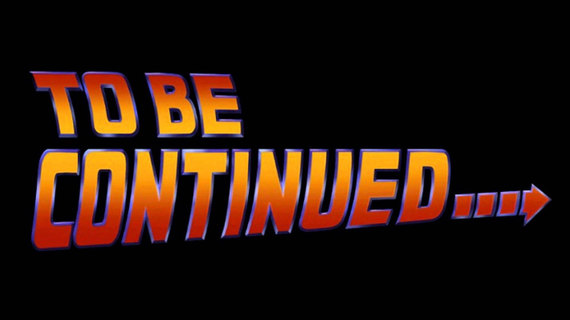 A recurring type of legend is people remembering seeing things in films that they did not actually see. I've done a number of legends on the topic, such as people insisting that they saw "Episode IV" on the original showings of Star Wars or people insisting that the Ark burns through a United States Army seal at the end of "Raiders of the Lost Ark" (like it did earlier in the film with a Nazi seal).

Reader Scott K. wrote in to ask about this very issue, whether the famed "To Be Continued..." at the end of the movie actually appeared in the original film or if it was added later and people just have convinced themselves that they saw it in the original film.

The answer is that it was added later.

The writers of the film, Bob Gale and Robert Zemeckis (Zemeckis also directed the film) had many different ideas for Back to the Future before they settled on the version that went into movie theaters (including one version that I wrote about in an old Movie Legend about how Marty originally made his way back to the future by traveling in a refrigerator in the middle of a nuclear bomb detonation). However, one thing that they kept consistent in all of their treatments of the film is that they always envisioned the movie as a standalone film.

The massive success of the film simply put a ton of pressure on to them to make a sequel, which they ultimately obliged with with 1989's Back to the Future Part II and 1990's Back to the Future Part III (filmed back-to-back so that they were able to release them so close to each other). Zemeckis has noted that if he actually intended for the original movie to lead in to another film, he never would have had Jennifer get into the car at the end of the movie, because having Jennifer in the future with Marty would limit their ability to have Marty go on adventures in the future (note that in "Back to the Future Part II," one of the first things they do is take Jennifer out of the equation and leave Marty on his own).

As a result, there was no "To Be Continued..." at the end of the film because it was never meant to continue.

Naturally, the home video release was seen by even more people than the original theater release, so in the 29 years since the movie came out on video, fans' memories have blurred and now recall the "To Be Continued..." part being in the original 1985 film. It was not.

In 2002, when the Back to the Future trilogy was released as a DVD box set, the "To Be Continued..." ending was removed and it has been left off subsequent Blu-Ray and DVD releases.

Thanks to Scott K. for the suggestion and thanks to Robert Zemeckis for his commentary from the Back to the Future DVDs where he explains how the movie was never meant to have a sequel.

By the way, as a bonus, here's Bob Gale, as well, on the topic, in a MovieFone interview with interviewer Erik Davis:

Did you and Bob Zemeckis always know that you wanted to do two sequels? Did you have them mapped out early on?

BG: No, we had no idea. If you saw the first film in theaters, we never had that "To Be Continued" on there at the end. We added that to the VHS tape once we knew we were going to make a sequel. We didn't know if anyone
was even going to go see the first one.

Thanks to Bob Gale and Erik Davis, as well, then!