After the chaos of the 1968 Democratic Convention in Chicago, Senator George McGovern and his colleagues developed a series of reforms to the primary system, including getting rid of many "winner-take-all primaries" for his party. But did this proportional representation system wind up progressives? And what will happen soon as GOP contests become "winner-take-all" states?

Back in the old days of nomination contests, we had "smoke-filled" rooms, dark horse candidates, and delegates hand-picked by party bosses. The few cases where a state let the voters pick in a primary, such contests became "winner-take-all" states. Revolts at the Democratic National Convention in Chicago in 1968 led to bloodshed, and a call for reform.

According to Jason Bello and Robert Y. Shapiro, in their 2008 Political Science Quarterly article,

The McGovern-Fraser commission was a response to corruption and the lack of the delegate vote lining up with the outcomes of primary elections in the 1968 presidential election. The commission removed the winner take all system and replaced it with a bound proportional delegate system.

The group FairVote explains the difference, as such:

Proportional representation is the principle that a legislature should be a reflection of all of the voters who elect them. Advocates of proportional voting systems believe that the legislature should mirror the population, with both majority and minority viewpoints represented. Within a Winner-take-all system, basically, whichever candidate wins the majority of the popular vote, gets all the Electoral College votes. It is believed that this type of system is fair because everyone gets to vote and the person who gains the most votes wins. This, essentially, guarantees that the elected representative will share many of the same ideas with those who voted.

Senator McGovern was an early beneficiary of this rule, and other reforms that took the power from party bosses and gave it to progressives. Though an outsider, he was able to beat the "establishment" candidates like Hubert H. Humphrey for the nomination. 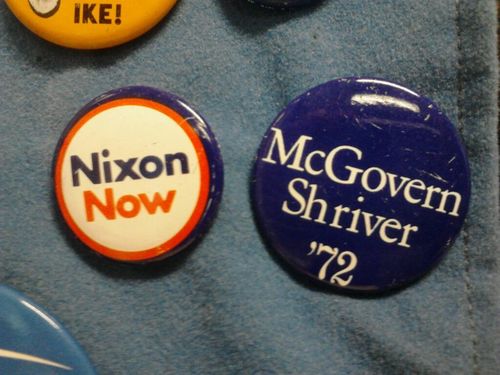 Of course, not every state jumped on board the McGovern ideas. Some states like New Jersey still held a winner-take-all primary a decade later. But by the 2016 election, all Democratic Primary states have gone proportional, or at least relatively proportional.

But are those rules ironically hurting the progressive candidate, Senator Bernie Sanders? Despite his amazing finish in Michigan, he only won 65-58 in delegates, while Hillary Clinton won Mississippi 29-4, giving herself an 18 point win in delegates on what should have been a bad night for her campaign, inching closer to the nomination.

So my college students, currently analyzing the differences between winner-take-all systems and proportional representation, ran a study, seeing what would happen if all of the Democratic Party states were winner-take-all. Would Sanders do better? As of the writing of this column, Clinton holds a 760-546 lead in delegates. But if the DNC contests gave the winner the entire state, her lead over the Vermont Senator would grow to 850-425. So the McGovern rules are still keeping Sanders in the game, somewhat.

As for the Republicans, even a number of early GOP contests, with the exception of South Carolina and Puerto Rico, are proportional as well, or relatively so. But that's about to change, as a majority of the remaining states have "winner-take-all" or "winner-take-most" rules. And these include a lot of large states. Would Donald Trump be doing even better if all the early states were winner-take-all, as many will be from now on? Or would candidates like Senators Ted Cruz and Marco Rubio and Governor John Kasich be doing better?

My undergraduates looked into that question as well in their research. Trump, who currently holds a 458 to 359 lead in delegates over Cruz, would increase his lead to 621 delegates to Cruz's 341. Rubio would have 40, instead of 151, and Kasich would be shut out, instead of holding 54 delegates.

In conclusion, the proportional representation system in primaries is still helping the challenger, Bernie Sanders. But the winner-take-all contests are likely to balloon Trump's numbers in the coming days. Republicans looking to stop a candidate like Trump might look to copy some of those rules the McGovern-Fraser team developed back then, lest their convention in Cleveland look more like Chicago's in 1968.