There was a moment when big government and big journalism were able to keep each other in check.

Eric Schmidt of Google did some pretty heartfelt navel gazing the other day - wondering if Google was in part responsible for the undermining of the economic support system that paid for investigative reporting. 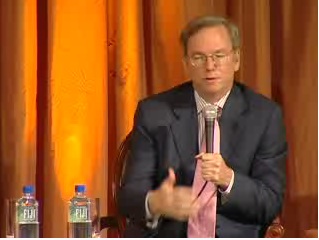 It's great he asked the question - but the fact is Google didn't kill journalism, Don Hewitt did.

Hewitt, you may remember, was the groundbreaking producer who created built CBS's 60 Minutes into a powerhouse. Up until 60 Minutes, journalism wasn't a business - it was a calling. A public service. A mission to inform. There was no P&L for journalism. It was what the TV networks did to 'give back' to their communities. Big newspapers where owned by larger than life moguls and high profile families. Sure, they made money - but that wasn't their reason for being. Journalism, like Politics, was part of the social fabric that knit us together. No one ever became a politician to get rich. Ditto for Journalism.

Hewitt changed all that.

Because 60 Minutes did what no other journalism franchise had done before, it became commercial. It was a Hit. And there was a moment when Hewitt could have insisted that 60 Minutes revenues (profits) went to the news division to fund other worthwhile and less profitable journalism. I wasn't there, so maybe he had no pull. But instead, he allowed 60 Minutes to put money to the bottom line of the corporation. Journalism became a profit center, and everything changed in a heartbeat. Local news became about profits. Newspapers went public, and stockholders expected returns. TV Network news department started getting primetime slots for shows like Dateline and 48 Hours. I remember being in the office office of the Executive Producer of 48 Hours when the head of the entertainment division called - screaming. The ratings for the night before had come in, and they were low. He wanted to know who'd chosen the story topics and why they were chosen. It wasn't supposed to happen that way. News and Entertainment where supposed to be separated by a wall. But that wall had crumbled down.

So while Schmidt is right to worry that Google and Craig's List and other low cost advertising alternatives have eroded the revenues of major media companies, the death of Journalism began when Journalism was expected to begin to earn a profit.

Or maybe we're witnessing the birth of Journalism.

Once you separate the idea of Journalism from the business of journalism - you're able to look at things in a whole new way. If the idea of journalism is that people can question authority, debate issues and ideas, and expose wrongdoing and misdeeds - then the emergence of blogging, micro-blogging, podcasting, vlogging, and lifestreaming all begins to look like a new golden age of journalism.

What is lost is the ability for big Journalism - mass media truth telling - to move masses to act in concert. Certainly that moment was powerful - the ability to shame business or government into justice with a story on 60 Minutes or a front page article in the New York Times - but the explosion of a million niche storytelling channels doesn't make Journalism less relevant or less prevalent. Very much the opposite - it makes Journalism more pervasive and populace.

But overall - do you really believe that "Journalism" is being damaged by the evolution of the web? Last week at the AlwaysOn conference at Stanford MC Hammer talked about the state of the music business. He pointed out that if you judge the biz by CD Sales, then music is in trouble. But, if you look at music in terms of things like iTunes, Pandora, AmieStreet or DanceJam - music has never been more vibrant. The point is pretty spot on. From the stand point of big music, music is in trouble. But from a listener or even a music makers perspective things like MySpace are creating huge new ways to make, share, and listen too music. Doesn't this story hold true in Journalism as well. The printing press is replaced by the laptop. The letters to the editor page replaced by forums, comments, blogs, and wide open interactivity.

Eric, how can you suggest that Google isn't fueling a massive redistribution of the power of voice into the hands of new populous citizen storytellers.

Well - let's look at who's really killing Journalism, or in the case of Eric Schmidt's specific concern, important investigative reporting on the war in Iraq.

This is the story we should be focused on:

Zoriah Miller was an embedded blogger. Not any longer He was "disembedded" after he posted a picture of a Marine killed in the bombing in anbar on June 26th. Said Zoriah Miller of the disembedding: "It seemed insane to me that the Marines would embed a war photographer and then be upset when photographs were taken of war." Hmm... do you think so?

So what's "killing" journalism? Is it Google and Craig's list? Or is a government that has effectively created a set of rules around the coverage of Iraq that makes it impossible for Journalists to report what they see without being banned from covering the story.

This is the crisis in journalism. It's not about budgets. It's about our willingness to let the Government specifically define what they think is the appropriate way to cover a story like Iraq. Are these images disturbing? I don't know -since we're not seeing most of them. 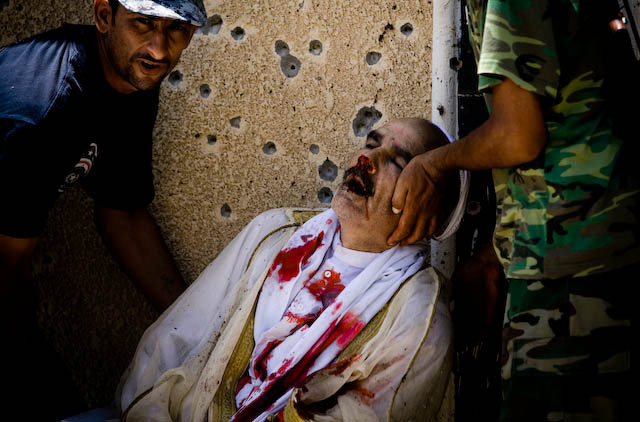