I am going to see Madonna in concert this Saturday night.

I may explode in a pile of lace gloves, layered belts, crucifixes and gummy bracelets -- if you see all that stuff lying in a pile on the sidewalk Sunday morning, it's probably me.

You see, I love Madonna. The casual Madonna fan may be like, oh yeah, I love her too, but I really love her. I fell for her when I first saw the video for Lucky Star. I was pretty excited when I saw her on the MTV awards in 1984 when she crawled around singing Like a Virgin. And the opening of Borderline still gets me all misty as I replay the video frame by frame in my head.

I was with Madonna, a true blue fan, always and forever. I of course dressed like her and admired the fact that she told Dick Clark on American Bandstand that she was going to rule the world. That sounded pretty good to me. 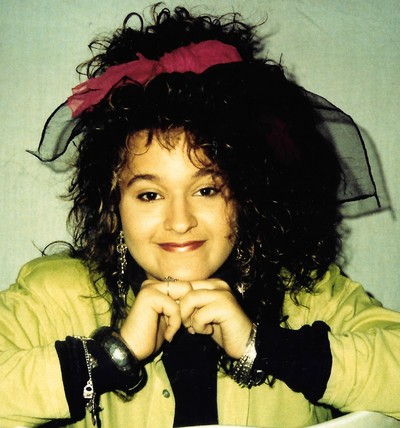 But one thing has yet to happen, and I don't know how, but I have never seen Madonna in concert.

In 8th grade a group of my friends all went... my parents wouldn't let me go because it was on a school night and no parents were going along to keep an eye on anyone. My girlfriends felt bad, knowing how much I loved her and bought me a black muscle shirt with Madonna on the front. The lace and mesh on her dress glowed in the dark and on the back it said in big letters THE VIRGIN TOUR. My parents were not excited about me wearing this shirt so I would change into it on the back of the bus as my friend Tracy held up her Member's Only jacket to give me a little privacy. 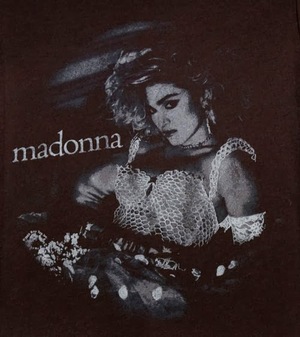 This little act of rebellion felt very... well... Madonna. A little Desperately Seeking Susan, if you will.

She was with me throughout high school too -- Like a Prayer, Express Yourself, Cherish. Then in college came Erotica, Bedtime Stories and Ray of Light.

So now Madonna is coming in concert on her Rebel Heart Tour and I get to go because my friends had a ticket and invited me. I almost felt like I was getting proposed to. Or asked to prom. Or won the Powerball. It was kind of a big deal.

My good friend Jordi who I am going with suggested we make a Madonna-advent calendar, where we count down the days to the concert by opening little windows and looking at various incarnations of Queen Madge.

If I had the time or the energy for something crafty I would be so into that... did I mention I am almost 45 years old with two small children?

Did I also mention I am going to see Madonna in concert this Saturday night? I am.

Last Saturday I went to Target after a date with my husband to try and find an appropriate outfit... "Excuse me, where are your tube skirts?" I asked the teenage girl working there who asked me what a tube skirt was. I had two drinks with dinner and had to tell this poor girl in a red polo shirt with braces, "I AM GOING TO MADONNA A WEEK FROM TODAY."

Did I mention I am almost 45 years old?

Sometimes the anticipation of an event can almost be better than the actual thing itself... like how the month of December is so great leading up to Christmas. Or how when you're little you count down the days until your birthday. As silly as it sounds, I am enjoying the glow of the Madonna countdown.

"How many days Lori?" My co-workers ask me.

"I'm so happy for you! Finally!" My mother says.

"My Mommy is going to see Madonna!" my 7-year-old tells others excitedly, feeding off of my energy and having just watched the video for Holiday again with me on the iPad, as I try to replicate each dance step. Badly.

You can tell me I'm ridiculous, I don't care. In my mind I am mentally opening the little window on my countdown calendar and it's a Madonna image from Truth or Dare. It's in black and white, she's wearing that high ponytail and a cone bra, Vogue-ing her way into eternity.

This Saturday night I will feel like I'm in 8th grade again. And I will buy my own t-shirt that I will wear the next day, without having to put it on all sneaky like on the back of a school bus.

Lori's website, Drawn to the 80s, is where her 5 year old draws the greatest hit songs of te 1980s, including many by Madonna. Her blog, Once Upon a Product, is where she writes about important things like music, movies and beauty products.