Was Tory MP David Davies wrong in stating that no parent wants a gay child? As a "gay child," hearing the statement repeatedly on the news is not a very nice feeling, to think that your parents didn't want you, that if my mother knew she was carrying a lesbian in her ever-expanding belly, she would have no longer wanted the child growing inside her. Do I think parents ever sit there and wish that there child were gay? No, not when they have the preconception that being gay could lead to a lonely, bullied life of always falling victim to a lack of rights and the prejudice of others. Of course, this is not how it always turns out.

My mother just so happened to give birth to a very premature baby at 28 weeks and named her Megan. I fought for my life, weighing only 1.14 pounds. I've gone on to adapt and succeed in life in my own way, obtaining not only a degree but a masters. All that my mother cared about was that I survived and could live on as her precious firstborn. I came out to my mother at 16 years old. Not surprisingly, she was shattered. Her hopes of seeing me get married, be cared for by a husband and bear her grandchildren all gave way to an image of me bringing home a butch girlfriend and living a life of torment. Then one day she realized that I could be happy, very happy, in fact. I have never been bullied for being gay, even though despite not "looking" gay, I have always been very vocal about my sexual orientation.

I met my beautiful wife in 2008, and we embarked on a long-long-distance relationship, traveling back and forth between the UK and Hawaii for four years. The fact that we had to endure such a great distance between us is the biggest difference between our relationship and most others. We love each other more than life itself, and we have always dreamed of the day when we would be able to live together as wife and wife, which we are very lucky to be able to do now. We look forward to building our future together, and we plan to have children one day -- one each, in fact. My mother cried tears of joy as we had our a civil partnership ceremony in September 2012, and she will be there to greet her grandchildren. 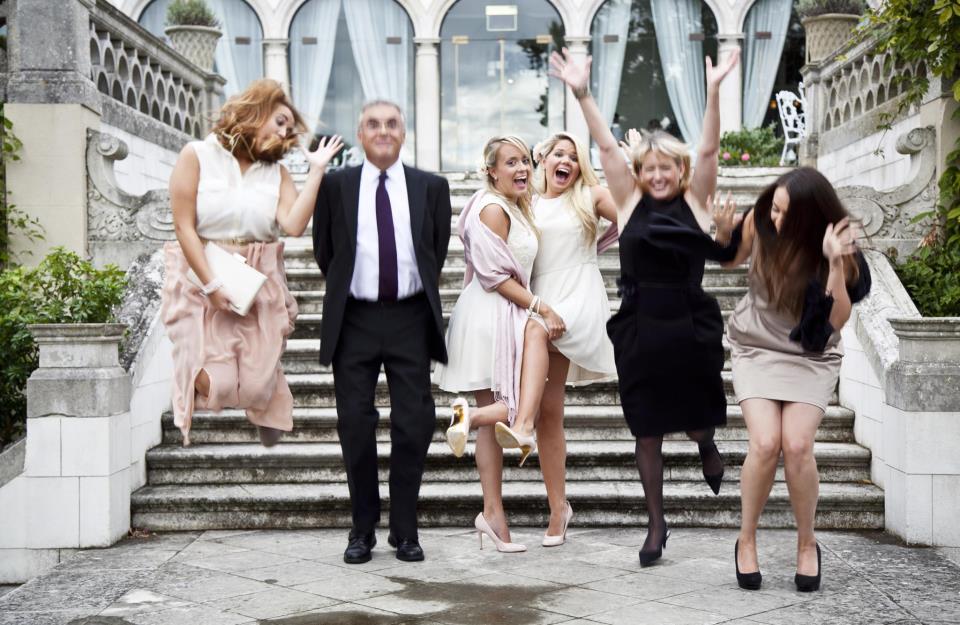 Whitney and I will always take care of one another. I live the same promising life as any straight person, though some may not be lucky enough to find their soul mate by the age of 25. So do I think my mother would wish I weren't gay? I don't think so. She couldn't wish for a better life for me. I'm perfectly happy as I am -- in fact, slightly happier, because the UK government has announced that it is bringing the plans for equal marriage forward to next year. We got to have a civil partnership ceremony, and now we will be able to share a beautiful wedding with family and friends.

Do I think some parents pray that their child turns out straight? I'm sure they do, and shame on them. I, for one, just hope my child turns out happy. With two loving and doting mummies, I have no doubt that that is exactly what they will be, irrespective of whom they one day fall in love with.