In separate attacks last week, ISIS terrorists killed 39 tourists at a beach resort in Tunisia, and close to 30 worshipers at a Shia Mosque in Kuwait. The onslaught came shortly after the group called on its militant Jihadi sympathizers to expand operations in the month of Ramadan.

ISIS has demonstrated an unflinching determination to take out anyone who dares to disagree with it. Its members have slaughtered Yazidis and Christians, but the vast majority of its victims have been Muslims who resist it and refuse to acknowledge its authority. ISIS has even executed Sunni clerics who refused to swear allegiance to it, and Muslim women who did not submit to its worldview.

This feature is shared across all terrorist groups operating in the name of Islam. The vast majority of the victims of the Taliban, for instance, are also Muslims. Hundreds of Shia Muslims have been killed just in the last few years. And I have lost many close friends in similar attacks on the Ahmadi Muslims in Pakistan, Indonesia, Bangladesh, Afghanistan and even in America.

So when some anti-Islam critics keep doggedly associating the faith of us Muslims with the acts of our tormentors, we call them out for their insensitivity.

I do not disagree that part of the motivation for religious extremism is rooted in perverted interpretation of scripture by radical extremists. However, it is dishonest to label the vast majority of Muslims who reject such interpretations as non-devout or "nominal."

An honest study of the Quran shows that groups like ISIS act in complete defiance of the injunctions of Islam. The Quran, for instance, equates one murder to the elimination of the whole human race (5:32), and considers persecution and disorder on earth as an even worse offense (2:217). It lays emphasis on peace, justice and human rights. It champions freedom of conscience and forbids worldly punishment for apostasy and blasphemy.

A study of the traditions of the Prophet Muhammad also demonstrates that he warned us of the rise of religious extremism in this age in astonishing detail.

1,400 years ago, he prophesized that a time would come when nothing would remain of Islam but its name, nothing of the Quran but its word, and that many "Mosques would be splendidly furnished but destitute of guidance" (Mishkatul Masabih). In these latter days, the true spiritual essence of Islam would be lost, and religion, for the most part, would be reduced to a ritualistic compulsion. He foretold that the clergy would be corrupt and be a source of strife during these times.

How true this is of the extremist clerics in parts of the Muslim world that abuse the pulpit to preach division and hate.

He also went on to describe terrorist groups such as ISIS that would try to hijack the Islamic faith. At this time of dissension, he said there would appear "a group of young people who would be immature in thought and foolish." They would speak beautiful words but commit the most heinous of deeds. They would engage in so much prayer and fasting that the worship of the Muslims would appear insignificant in comparison. They would call people to the Quran but would have nothing to do with it in reality. The Quran would not go beyond their throats, meaning they wouldn't understand its essence at all, merely regurgitating it selectively. The Prophet then went on to describe these people as "the worst of the creation."

As if this outline wasn't clear enough, another tradition in the book Kitaab Al Fitan reported by Caliph Ali, the fourth successor to Prophet Muhammad, describes these people as having long hair and bearing black flags. Their "hearts will be hard as iron," and they would be the companions of a State (Ashab ul Dawla). Interestingly, ISIS refers to itself as the Islamic State or Dawla. The tradition further mentions that they will break their covenants, not speak the truth and have names that mention their cities. The ISIS caliph, Abu Bakr al Baghdadi, comes to mind.

Prophet Muhammad furiously and painfully described these evildoers, and admonished Muslims to beware of their evil and fight it. "Whoever fights them is better to Allah than them," he proclaimed.

Reflect on this critical point. Whenever ISIS kills in the name of Islam, claims to follow the Quran, or uses the Holy month of Ramadan to spread anarchy across the globe, know that Prophet Muhammad explicitly warned us of these imposters, and entrusted us to root them out.

The only people who refuse to reflect on this point are ISIS, ISIS sympathizers and anti-Islam extremists who want the world to believe that ISIS is legitimate. Intelligent people, meanwhile, see Prophet Muhammad's prophetic wisdom and thus remain united against both ignorance and extremism.

Did Prophet Muhammad Warn Us of ISIS?
Fighting Rocks Kirkuk 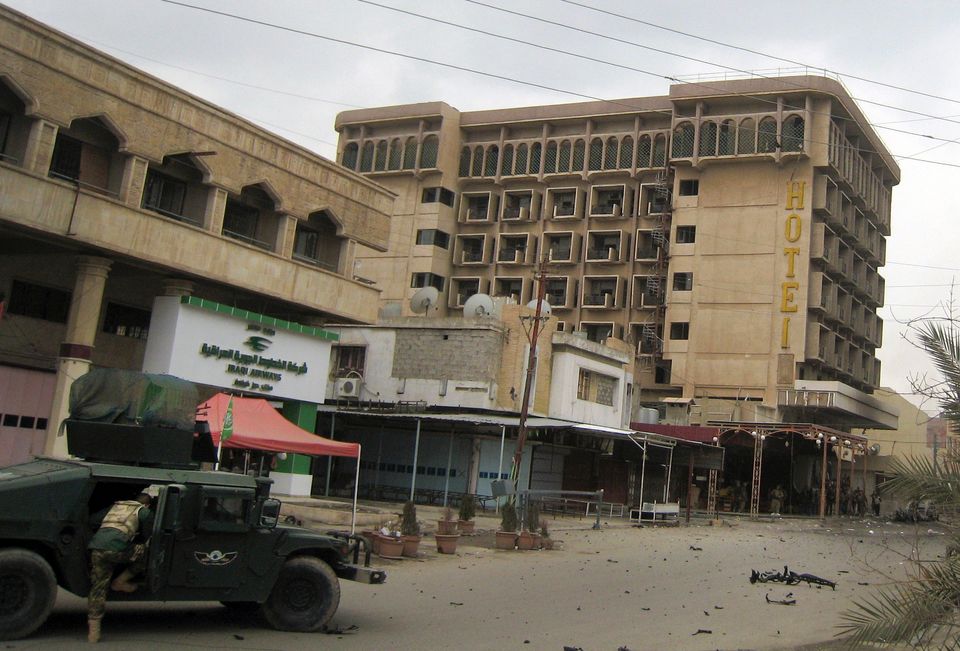