One of the hardest parts about any television series is getting the lead characters right. Many legends have developed over the years about some of the difficulties classic series have had with casting their lead characters. Whether it is Brandon Tartikoff claiming that Michael J. Fox could never make it as a lead on Family Ties or The Cosby Show originally looking for a Dominican Clair Huxtable, so much can change before you actually make your pilot episode. Even then, though, things can change dramatically based on audience reactions to the pilot, like audiences loving the killer in the pilot of 77 Sunset Strip so much that they re-cast the villain as one of the show's lead characters. Negative audience reaction was the issue with the original, unsuccessful pilot of CBS's hit show The Big Bang Theory.

Jim Parsons stars on The Big Bang Theory as Sheldon Cooper, the egotistical and socially awkward genius who drives many of The Big Bang Theory plots as his friends clash with his fastidious nature. His roommate, the slightly less awkward Leonard Hofstadter (played by Johnny Galecki) bears the brunt of most of Sheldon's odd behavior, while Leonard's girlfriend Penny (played by Kaley Cuoco) often challenges Sheldon over his behavior (but in an understanding fashion). Parsons has won four Emmy Awards for Best Actor in a Comedy for the role. 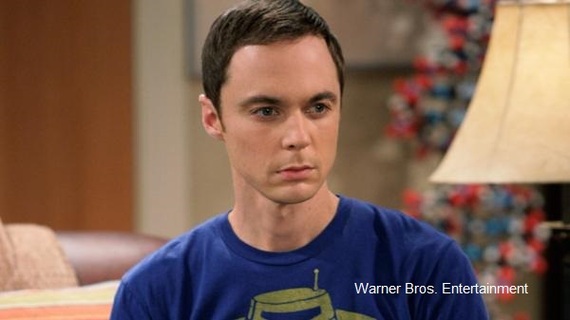 One of the defining characteristics of Sheldon is his asexual tendencies, which constantly frustrate his girlfriend, Amy Farrah Fowler (played by Mayim Bialik). It is fascinating to note, then, that the original vision that show creators Bill Prady and Chuck Lorre had for Sheldon Cooper was much different than the Sheldon we would all come to know and love (well, tolerate).

Chuck Lorre was already the proverbial king of the sitcom hill when he and Bill Prady developing a new sitcom together in 2006 (the two had worked together on a previous Lorre sitcom, Dharma and Greg). Lorre's raunchy Two and a Half Men was in its third season and had just successfully transitioned into the 9pm on Monday time slot on CBR that had been the domain of the hit Everybody Loves Raymond for years. Lorre, a longtime TV writer (he was a writer and producer on Roseanne), had already created a number of successful sitcoms, including Cybil, Grace Under Fire, the aforementioned Dharma and Greg and now Two and a Half Men. The two men pondered two different ideas for a TV series. In one of the ideas, the show would be about a young woman trying to make her way in the world. In the other idea, the show would be about geeky scientists who are closed off to the "real world" and cannot relate to women. Eventually, they decided to combine the two ideas into one show. Rather than pitch CBS on the idea of a new show, Lorre and Prady decided to go the unusual route of filming a pilot themselves and sending that to CBS. The only cast members of the current series that appeared in the original pilot were Parsons and Galecki. They were still roommates. This time around, though, they come across a down-on-her luck beauty salon worker named Katie (played by Amanda Walsh) who ends up throwing Sheldon and Leonard's life out of whack by moving in with them. 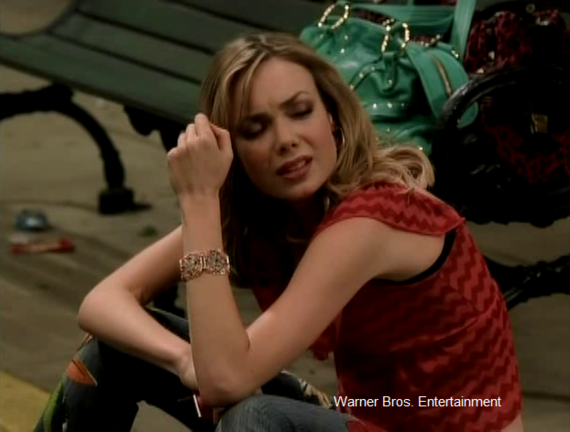 The street smart Katie clashed with the book smart Sheldon and Leonard and that was basically the gist of the show. CBS passed on the pilot but liked the show enough to ask Lorre and Prady to do a second pilot. Later, Prady and Lorre would note that when they showed test audiences the pilot:

What we didn't anticipate, though, is how protective the audience would feel about our guys. Early screenings of that version of the pilot led audiences to beg that the "mean lady" would stay away from the "sweet guys."

Therefore, they re-did the pilot by adding Cuoco's much-nicer Penny, who was sweet to the guys while still, of course, noting how awkward they were socially. This second pilot did very well with audiences and CBS picked up the show, which has since become a major hit for the network (and is the most popular sitcom on television at the moment).

While the move from Katie to Penny is likely the biggest change from the original pilot to the successful pilot, there was another major change. In the original pilot, Sheldon Cooper actually had a sex drive! The opening sequence of the first pilot showed Leonard and Sheldon making some quick cash by donating their sperm to a sperm bank that specialized in high-IQ donors. Sheldon complained to Leonard that he was distracted for a while because he was questioning the point of their endeavor (as high-IQ parents do not necessarily make a high-IQ child) but then he noticed a magazine with women with large buttocks and he was able to finish. Leonard joked that by "noticing" the magazine he meant he brought it from his sock drawer at home. Sheldon then defends his enjoyment of women with large hind quarters by noting that it is an evolutionary response to be attracted to women who appear to be good child bearers.

Later in the episode, we meet another rejected character, Sheldon and Leonard's colleague Gilda (played by Iris Bahr), who was romantically interested in Leonard but, as it is revealed in the episode, had once had sex with Sheldon at a Star Trek convention. 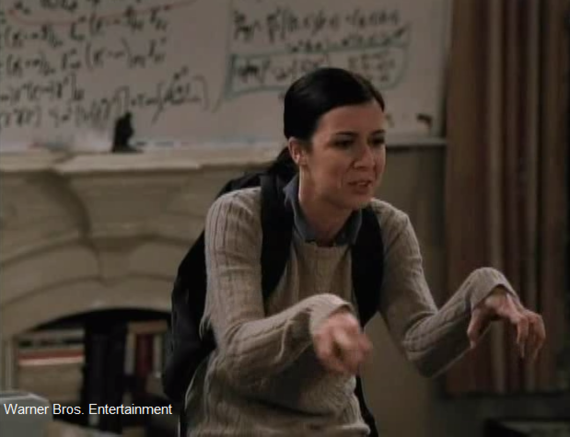 Gilda explained, "He was doing such an effective job portraying a Vulcan caught up in the pon farr mating fever that I couldn't say no."

At one point, Katie mocks Sheldon's inexperience with women and he defends himself by explaining that he had seen six naked women in his life, and not all of them were relatives!

So Sheldon originally had a normal sex drive. When the show was re-tooled, though, it is likely that with the addition of Simon Helberg and Kunal Nayyar as Leonard and Sheldon's friends, Howard Wolowitz and Raj Koothrappali, the decision was made to use Howard as the friend with a heavy sex drive (while Raj is the opposite side of the spectrum, as he is so shy that he could not even talk to women without first being drunk).

Interestingly, Lorre and Prady have never made the original pilot available as an extra on any Big Bang Theory DVDs. You would think that it would be a compelling curiosity for fans of the show, but I guess they don't want to show off what they felt to be a failure.

Here's the original title sequence for the show (the first theme song was "She Blinded Me With Science")... 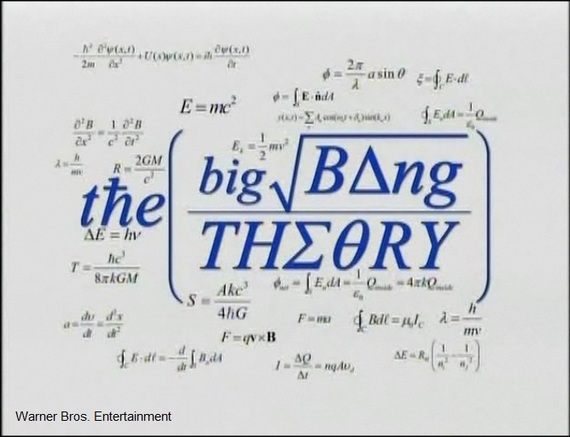