I'm always on the lookout for terrific books by authors I don't know and I recently hit the jackpot. I was having coffee with a German Studies professor just back from research in Berlin. We were talking about Günter Grass and she said, "But everyone here knows him. You should read Kempowksi.

"He's the real deal," she said. "He's the one we'll be reading years from now, not Grass."

Well I wasn't going to wait after that kind of sales pitch, so I picked up the book she said I should start with, Did You Ever See Hitler? translated by Helen Wolff, it's perfect reading in the month marking the anniversary of the start of World War II. And history doesn't get much more intimate than Kempowski's slim volume of interviews with German citizens in the mid-1970s. He asked them just one brief question: "Haben Sie Hitler gesehen?" Did you ever see Hitler?

A prolific German author who died in 2007, Kempowski compiled the book from over 300 interviews with people of all ages and professions, and the project gives you a crowd's-eye view of Hitler from the 1920s through the end of World War II, concentrating on the effect he had on people, and was still having decades later. 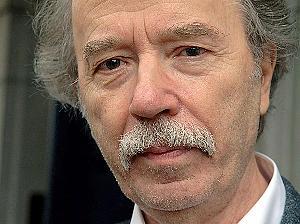 Several threads emerge. Some saw him only once, or barely at all in a motorcade rushing past. Others saw and heard him often in Berlin. The older respondents were the generation that "had fallen for Hitler" and tried to make sure that "the memory of this fall -- and the memory of the man -- died out."

There are plenty of Germans answering Kempowski who almost brag that they weren't impressed by Hitler, or that they found his manner or face weird ("like a pink marzipan pig"). Then there are others who said they couldn't imagine he was going to be so powerful. Some of these same people report many public appearances in the 1930s that were less than crowded, and cities where Hitler was not wildly popular. Though as one man notes wryly, after the war, every German city claimed it had disappointed Hitler with small crowds.

But there are far more accounts of the elaborately stage-managed productions that thousands swarmed to, even if the school children or Hitler Youth were required to be there. And one after another, people talk about the hysteria Hitler evoked in women and girls: "The women were howling with delight," "They were peeing in their pants with excitement, and the older women were moaning as if the Savior were coming," "The women turned their eyes up so that the whites showed, and dropped like flies. Like slaughtered calves they lay there, breathing heavily," "We hardly dared wash our hands for three days, we were so affected simply because he had touched them."

And then there are people who blame others for his mistakes or the war, and still believe in him. A number of Kempowski's respondents refer to crowd psychosis and tell him that nobody today can imagine what it was like to be there, whatever one felt about Hitler. Even opponents could feel swayed by the spectacle and apparently by the man.

The volume is illustrated with photos that don't appear in the German edition. These were propaganda shots that made Hitler out to be avuncular, friendly, approachable, human. And they were designed to fill albums which were printed in the hundreds of thousands, then given to students and youths who won prizes for filling them up. 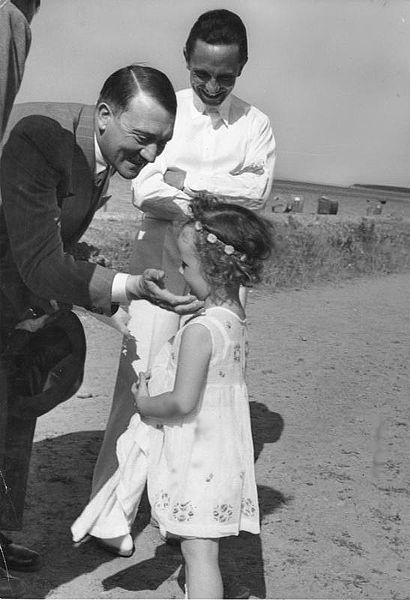 Famed translator Helen Wolff herself saw Hitler herself in the late 1920s and found him both boring and gross. But in the introduction to her translation, she chillingly records being trapped by the SA at a beer hall speech of Hitler's and observes that fundamental human decency

...can be erased by private megalomania, fusing with public megalomania, releasing, when it does, all that is bloody-minded in the human race. And by the time you realize what is happening, you and your fellows may be powerless in a space the exits of which are manned by
thugs."

Though many people would claim to Kempowski that Hitler didn't move them, the main impression this amazing book leaves is the strange mixture of the quotidian and the bizarre. You can almost feel people waiting for hours with their feet hurting, hungry and thirsty, and then coming to life when they see Germany's new God appearing, blocking out the sun.

Lev Raphael's 25th book is the novel of suspense about out-of-control cops Assault With a Deadly Lie. You can explore his other books on Amazon here.