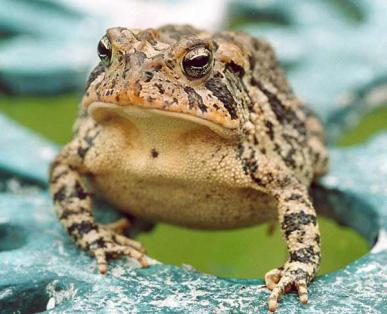 Environmentalists don't get the joke. The situation is too dire -- extreme weather from a changing climate, toxins in our food, endangered species dying off -- for this to be a laughing matter. At least, that's our reputation: Serious, earnest, humorless.

The reputation is partly deserved. Most environmental activists take their work very seriously. We see huge problems facing our world, and know that human lives are at stake. Take a look at this new study from the National Academy of Science, about the abrupt impacts of climate change, and you'll know why. When you focus on issues that are so serious, it's easy to slip into taking yourself too seriously.

It's a condition you find with activists across the ideological spectrum, many of whom feel like they're in an uphill struggle to do what they think is right. Tea Partiers, Wall Street Occupiers, and proponents on both sides of the abortion debate often come off as stern and unamused. Or they're happy to laugh, as long as the joke is on their ideological opponents.

If you believe what you're doing is important, it's certainly good to take your work seriously. But it becomes a problem when you imply that your mission is more important than what's going on in other people's lives. And even worse, when you get the reputation for being irritating, it becomes harder to get support for your cause or grow your movement.

The good news is that this reputation is far from a full picture of people who work on conservation issues. If you spend time with environmental activists, you'll find that most of us don't fit the stereotype. We won't scold you for driving the wrong car* or turning up the heat on a cold day, and we probably tell more jokes about ourselves than any else. (Q: How do electric car owners drive? A: One hand on the wheel, the other patting themselves on the back.)

Sure, some of this perception problem is the result of unfair caricature, but it is a real problem. The reality is that environmentalists often have a difficult time reaching the people with whom we most need to build trust in order to accomplish our goals: Americans who don't feel a natural kinship with the traditional environmental movement. We need to accept that other people's priorities -- economic or cultural -- are valid and important.

Many of the people I know who work to protect our air, land and water do take this more constructive attitude. My colleagues who are trying to keep our oceans sustainable care as much about the fisherman as the fish. The activists working to reduce toxins in products on our supermarket shelves are trying to make life safer for regular families like their own. But sometimes it is hard to build alliances because potential partners assume environmentalists will be inflexible -- and see their work as more important than anyone else's. We need to fix that perception.

A good place to start would be showing that we can take a joke. That's a small thing, but it's amazing how taking yourself less seriously can open up conversations.

*We'll certainly advocate for EPA rules to promote more efficient cars, but the environmentalists I know aren't going to start lecturing you in the supermarket parking lot.