The wind brushes over the ocean and up the warm sidewalk where people gather with their kids, holding pumpkins with four wheels burrowed through the bottoms. Metal railings snake through the road like Disneyland as families make their way to the sloping hill set apart for the races.


Behind the white start line, a father wraps his hands over his son's that clutch a red pumpkin. "No pushing," the ref yells. "3, 2,1." Six decorated pumpkins roll downhill veering towards the sides of the track.


The crowd cheers behind us as we continue towards the pier. My husband touches my shoulder, nodding up the hill. I assume he's pointing out a friend of mine who lives in the area.


Instead, ten feet away, stands someone in the film industry whose name has been on my vision board for almost two years.


This person holds their child in one arm and their pumpkin in the other. I watch as they shrug off invitations for photographs. Still, people slid their phones from their pockets and record them standing in the road, doing nothing spectacular.


It must be strange being constantly under spotlight. My husband and I roll thoughts between us as we sit at a bench on the pier: the strangeness of fame, the watchful eyes of passerbys.

Inside my chest cavity a distant panic shrieks.
"Go back! Talk to them!
You've been manifesting to meet this person!
You're missing your one opportunity!"

I ask my heart and it tells me that this person is trying to have a normal day with their kid at the pumpkin race. They're a person, just like me, and it doesn't feel right to barge into their life just because they happen to be there. Would I want that done to me?


My brain protests my heart, reciting facts in rapid flip turns: the book I read in one long breath. How I became obsessed. How rights have been purchased but the film remains uncast. This person is closely linked with the project. This film is the reason I became an actress.


I wanted to play the lead so badly that the next week I began acting class, armed with the magical notion that I could go from never acting to landing this film immediately, by the sheer power of will. Once I came down from that cloud, I trained while keeping the dream alive. I placed their name on my vision board and willed them to vacation at the hotel I worked in Hawaii, so I'd have the opportunity to talk to them.

My heart interrupts my brain.
It whispers, "Do you trust me?"

It says that panic is a reflection of what I believe. Do I believe in abundance or scarcity? If I trust, then I believe things work out in their perfect timing, in the design that is best for me. I have been waiting to meet this person, but today doesn't have to be the day.

So I trust,
because my heart doesn't lie.

There will be another opportunity, where life flows to a point that another meeting is inevitable. Perhaps, next time, this person may have an interest in meeting me. Or perhaps my heart knows something more. Perhaps there's a better design just for me, the reason why things should not happen, as I will.


We walk from the beach, up the hill, through the street. The person has disappeared as though they'd never been there at all. The pumpkin races continue in their absence. The world goes on. We walk anonymously towards our car. We have a life under the sun, not under spotlight, but each one is pieced together with trials and joys. 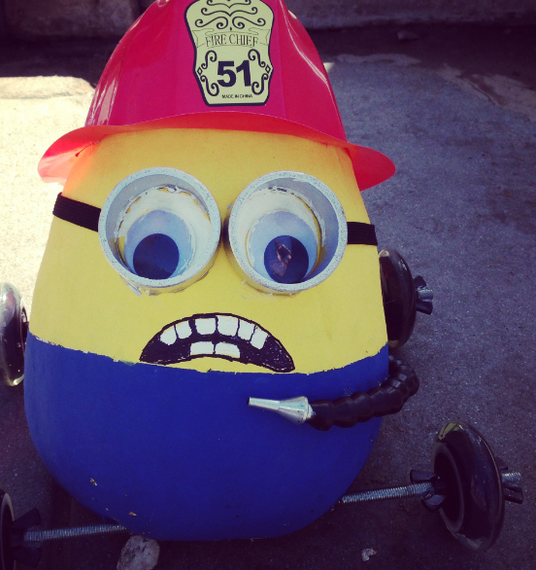