Forty years ago today I joined the grown-up work force. My entry point was at IBM in Boca Raton, Florida. Then later at General Motors in Detroit. 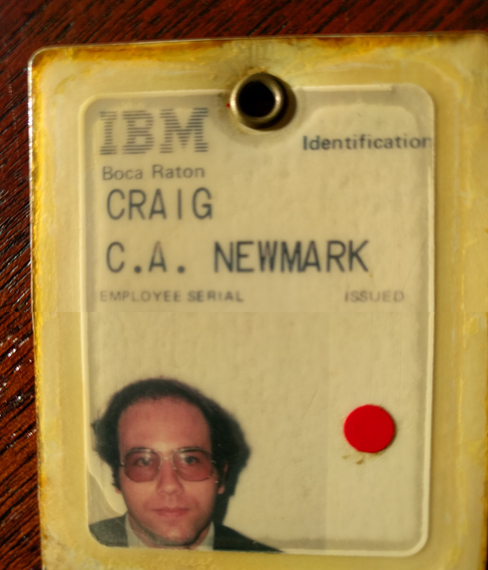 Fast forward: My first twenty years were in the corporate world; the last twenty were at craigslist.

Despite craigslist becoming a household name over the years, Craig Newmark was not. In fact, a lot of people still don't know that there's a real Craig. I think that's probably because I'm a fifties'-style nerd, and while we're good at making things that work, we aren't so good at promoting ourselves. Note, I'm at @craignewmark on Twitter and on Facebook here.

Those years in corporate life provided useful lessons in humility. When companies of any size stop listening to customers, that's suicidal.

At craigslist I came to learn what I always knew:

For more about what I'm doing now, here are two good articles about my stuff, from Inc and also Forbes.

Now I've found more stuff that really matters in this crazy world, and I promote that rather than craigslist or myself. (I make exceptions for birds or to otherwise amuse myself.)

As to the rumors of my existence -- they're true. Really. Although maybe people still don't believe it.