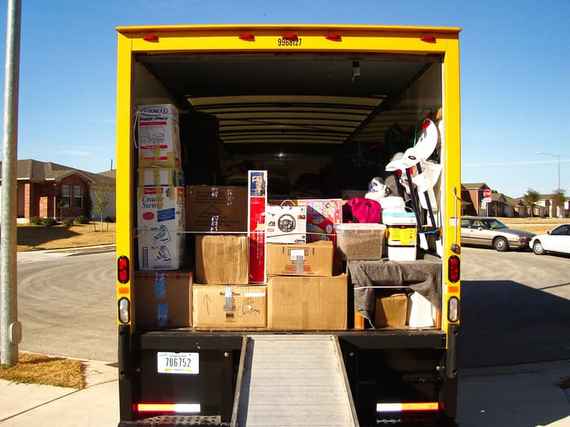 A new Danish study has found that people who move to a new city during adolescence are more likely to attempt suicide, abuse drugs, die of unnatural causes, or commit a violent crime. The research, published in the American Journal of Preventative Medicine, found that all children who moved before age 15 were at higher risk for these and other adverse outcomes, and that the risk increased the older the child was at the time of the move.

Being a young teenager is already tough -- and anyone who has been forced to change schools and towns can attest to how much more difficult moving can make it. Even kids who are excited for a new start often discover that the grass is yellow on the other side, which leads to feelings of disappointment and hopelessness. This study suggests that these juvenile stresses are tough to overcome, and can lead to real trouble later in life.

The research is impressive in its breadth, as it used a national Danish registry counting nearly 1.5 million people born in the country between 1971 and 1997. The researchers only looked at moves that crossed municipal boundaries, because moving within the same town would presumably have a more limited effect on a kid's life. When they adjusted the data to account for the socioeconomic status of the parents and other factors, the effect was lessened but the trend was the same -- kids who moved, particularly in adolescence, were more likely to find themselves in a pile of shit as adults.

But there's lots that cannot be said from the study -- including whether or not changing cities is inherently bad for kids. It's impossible to split out which families moved because of better opportunities elsewhere versus families that moved because of divorce or other household turmoil. It could be that the kids who live through the former end up doing just fine.

It's also unclear if this research would apply beyond the borders of Denmark. Mobility is a cultural thing, and Americans are particularly attached to it. Perhaps not feeling like the only kid who's being uprooted and forced to start again elsewhere legitimately makes that process easier.

Either way, surviving one middle school is hard enough; two is too much.