In our current aesthetic era of vintage redux and everything old is new again, Diego Uchitel: Polaroids is a lovely reminder of how the influence of the Polaroid is felt long after its demise. An essential part of the photographer's process until the world domination of digital photography made it obsolete, the Polaroid image has often been described by photographers as the initial moment of the creative decision. While in concept it is a throw-away medium, as a tool the Polaroid allowed photographers to examine a moment before committing it to posterity. It was this spontaneity combined with the ease and immediacy of the image that made Polaroid such an integral commodity for creatives. And with its limited color range, Polaroid film had it's own muted, controlled palette that was an aesthetic unto itself.

Diego Uchitel is an Argentinian-born fashion and portrait photographer who has spent his career working in the U.S. Starting in L.A. in the late '80s, and then moving to NY a decade later, Uchitel began to casually pin his Polaroids to the wall of his studio as a way to review the layout of a shoot. Instead of replacing the images after each shoot, he instead added to them and the wall grew over the years as his career continued. Models, celebrities, friends and strangers; their images became what Uchitel describes as "an organic mosaic of faces." The wall seemed to become a beloved and somewhat fetishized placeholder for memories. When Uchitel eventually moved studios, the legion of images were catalogued, archived and then preserved under glass at the new location.

Addressing the potency of his collection, Uchitel began to root through his archives and ultimately curated what is not only a personal retrospective of a career, but also an ode to the visceral attraction that so many of us have to the Polaroid image. Divided into three chapters -- "More Than Fashion," "Familiar Faces" and "Body Poetry" -- the images are presented not in chronological order, but rather in the context of how one assumes Uchitel cognitively categorizes his work.

Viewing the images without date or era allows for the classic nature and ephemeral beauty of the Polaroid to become apparent. Happily inspired by the greats such as Penn, Bassman and Avedon, Uchitel specifically credits their influence. Knowing this, the viewer can find instances when Uchitel's subjects seem to transcend their original intent and become odes to his heroes. Often captured in soft but nuanced black-and-white, eras become blurred and decades fall away. The tape marks, the scratches, the peeling celluloid -- all these visible signs of age also help the viewer to engage in a nostalgic and personal dialogue with the images. For one generation comes the reminder of the sharp smell of the developing chemicals and the mechanical whirr as the Polaroid itself was ejected from the body of the camera. For a later generation, raised on digital excess and photo shop, it is a testament to beauty in decay and the glory of imperfection. 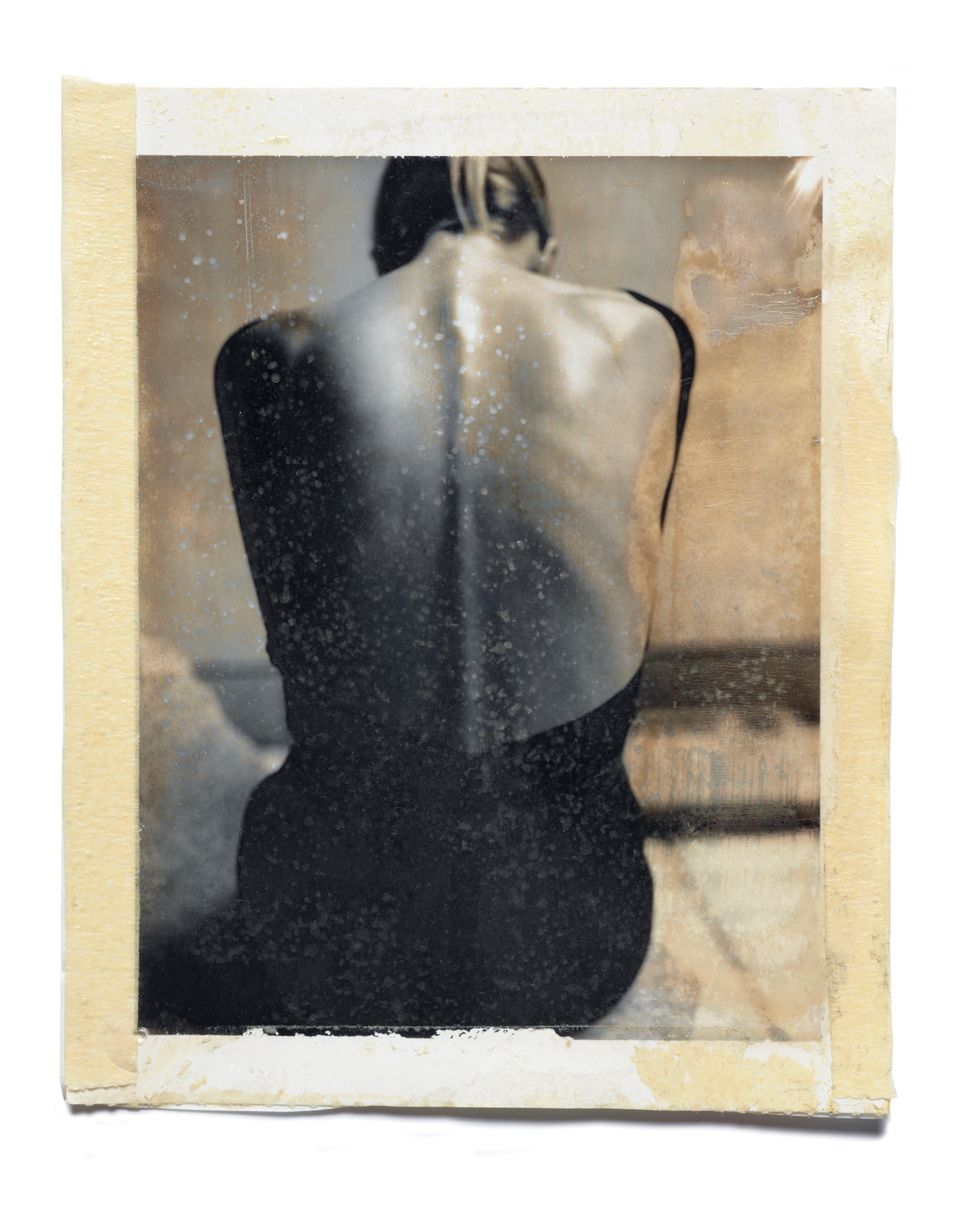