The diet craze has sparked some strange phenomenons, like eating cabbage soup for two weeks straight or chowing down half a grapefruit before every meal. We're getting used to seeing people count their calories or curb their carb intake -- though, as food lovers, we don't like it one bit.

Sometimes though, we see something so alarming on the food scene that it stops us dead cold -- and as food editors we're pretty desensitized since we see a lot of bizarre food choices. But when we saw brownies made with nothing more than Diet Coke and low-fat brownie mix on the food blog Eat Yourself Skinny we were shocked. Oh horrors of horrors, we thought, why would anyone do that to a brownie? So naturally, we baked them up. 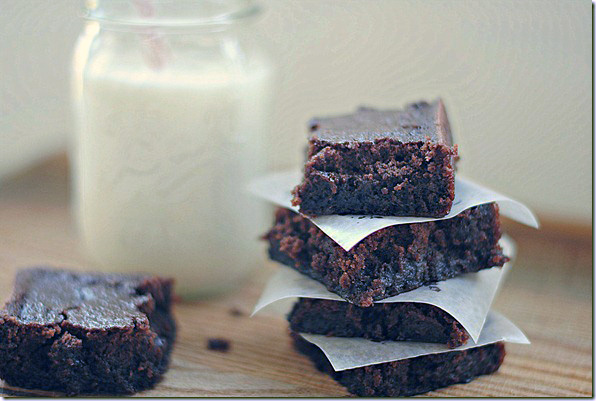 Photo by Eat Yourself Skinny

The end result was surprising, to say the least. Here's what our editors thought:

The take away for us was that these brownies were definitely not bad. They tasted like chocolate, and not at all like Diet Coke. And while they didn't have a brownie consistency, they we're a fine substitute for the real thing. So if you're someone who wants to watch what you eat, you might not be sorry to give these a try.

Want a real brownie now? Check out these recipes.