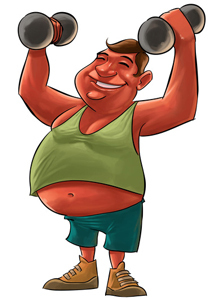 Dietary Fat Is No Longer The Bad Guy, Or Why Does Anyone Listen to The Experts?

How's this for the headline of a recent front page article in the Washington Post: "A thinning case that fat causes heart ills"? And, this is followed-up the very next day with "Congress questions the science behind dietary guidelines." It seems to me that the government is finally beginning to walk back the disastrous low-fat dietary recommendations, that originated officially with the McGovern Committee (1977), but also bear the handiwork of physiologist/nutritionist Ancel Keys and rabid anti-fat nutritionist D. Mark Hegsted.

Keys is celebrated for his Seven Countries study, which purported to show that saturated fat consumption was a big risk factor for coronary heart disease (CHD), but is also less famous for the fact that he threw out non-conforming data from 15 other countries. Keys' miserable work was criticized at the time it was released, and consistently afterward, yet was embraced with much alacrity for decades. Now that even the elites are finally going public about questioning his theories—and what they have wrought—one may ask how his ideas persisted for as long as they did.

Consider the particular era when he began to publicize his so-called results. This was the "Super-America" of the 1950s, ebullient with pride in winning the war—and that was accomplished with the essential help of Science. Why, nuclear power would render electrical utility rate-meters obsolete; customers would merely pay a flat monthly fee. A vaccine was being introduced to eradicate the scourge of polio (1954), and the discovery of the double helical structure of DNA (1953) somehow meant that a cancer cure would be shortly forthcoming.

Ring out the old, ring in the new! Foolish grandpa and grandma ate those terrible high-fat comfort foods, and...they died. Let's get modern. Heck, a substantial number of 1950s women eschewed the primitive custom of breastfeeding, for the modern improvement of infant formula. Many of these same women also got modern by taking up cigarette smoking, and by faithfully listening to Benjy Spock about how to raise their kids. The Greatest Generation, indeed.

Keys' legacy is also obfuscated in that he was touting the low-fat hypothesis well before the Seven Countries Study, launched in 1956, with a Six Country study from 1953. His defenders take ample advantage of conflating his 1940s low-fat theories, and his two similarly-named studies. Ironically, Keys was the first to show that dietary cholesterol did not affect serum cholesterol, but on this matter, no one listened.

In his book The Great Cholesterol Con: The Truth About What Really Causes Heart Disease and How to Avoid It, Scottish physician and well-known medical skeptic Malcolm Kendrick did his own 14-Country Study. He looked first at the seven countries with the lowest consumption of saturated fat (Georgia, Tajikistan, Azerbaijan, Moldova, Croatia, Macedonia, and the Ukraine), and compared this to their rate of CHD. He then took the seven countries with the highest consumption of saturated fat (Austria, Finland, Belgium, Iceland, Netherlands, Switzerland, and France) and compared this to their rate of heart disease. (All figures were from the World Health Organization, 1998)

During the recent congressional hearings, Rep. Collin C. Peterson (D-MN) unloaded on the clueless phonies behind the dietary guidelines:

"My concern is we have these guidelines that have pushed people away from eggs and butter and milk and so forth and then they come back and say, 'Well, we're wrong.' You know? Why are we going off on these tangents if we have a [scientific] process that is so heavily vetted? I want you to understand, from my constituents, most of them don't believe this stuff anymore. You have lost your credibility with a lot of people. They are just flat out ignoring this stuff, and so that's why I say I wonder why we are doing this."

Kendrick's book includes a wonderful quote from 16th century philosopher Michel de Montaigne: "I prefer the company of peasants because they have not been educated sufficiently to reason incorrectly." Nowadays, you get grant money to reason incorrectly, as long as it's politically correct.

By the way, even as a kid, I never understood that "Now that we know the structure of DNA, we will cure cancer" thing. Guess I'm still a peasant.