The conditions appear to have been long set in places like Ferguson, Missouri, where American citizens live together in a city that is made up of two worlds. The prevalence of social media and technology has conveniently allowed people to discuss the very sensitive topics of race, religion, gender and politics, 140 characters at a time. It seems that, although America has advanced into a developed society, the conditions that contribute to the country's dilemma of racial disparity continue to threaten national peace and prosperity.

One of the common core beliefs in America is the right to live in peace and to exist in communities without the physical threat of being harmed. "Life, liberty and the pursuit of happiness," as written in the United States Declaration of Independence, was a concept intended for all Americans. This philosophy is now being tested as America waits. They're awaiting the verdict in the August 9, 2014 police-related fatal shooting of an 18-year-old young black male, now well-known to the world as Michael Brown. This incident, which occurred over 90 days ago, has created a racial chain reaction that has resulted in a national debate about the inclusion of the black race and black culture in modern-day America.

As a leader in the world in economics, military strength and technology, America is now faced with nurturing the culmination of bad relationships in the small town of Ferguson, which is rapidly heading towards social catastrophic failure. At this point, it is counter-productive to continue the hunt for people and systems that may have contributed to this city-wide dilemma. The past 90 days of reporting have shown that there is plenty of blame to go around for everyone. The top priority now must include a strategy centered on how to fix the inequity of the social system in Ferguson. In doing so, we can save the city from potential financial ruin, permanently damaged cultural relationships and a black community with little regard for the legal authority of law enforcement. Failure to achieve any or all of these areas within an effective time period could create further resentment towards law enforcement that could have a costly impact on other communities around the country.

The police shooting of Michael Brown may likely serve as "ground zero" for race relations in America because of the potential short and long-term effects. Unlike the Rodney King beating in March of 1991 by L.A police, the black community of Ferguson did not wait a year later to react. The Ferguson protesters set a new record, and began rioting within 72 hours of the actual incident. The severity of these riots were confirmed when President Obama made two press conferences to address the nation in less than 10 days. His calls for calm would be the first time in three decades that a president was officially called to address the public over a controversial police shooting.

Now, on the eve of the Grand Jury's decision that will determine the fate of Officer Darren Wilson, the recent display of unified command by the Missouri officials suggest that Ferguson may have more racial challenges ahead. The results of these challenges could result in violent acts, property damage and loss of life. According to a 2012 NPR report, "In the aftermath of the riots [March 1991 L.A. Riots], more than 1,000 buildings were damaged or destroyed -- $1 billion worth of property." The lack of understanding that exists between the two worlds of Ferguson, Missouri is like racial dynamite. Over three decades later, we are headed down the same path we marched down in Los Angeles.

The goal now must be for all communities in America to focus on creating conditions in their communities that inspire an atmosphere of inclusion as opposed to exclusion. In doing so, communities must be prepared to address the vital topics of race, religion, gender and politics beyond the realm of social media. This can prevent another explosion fueled by racial tension and disparity. 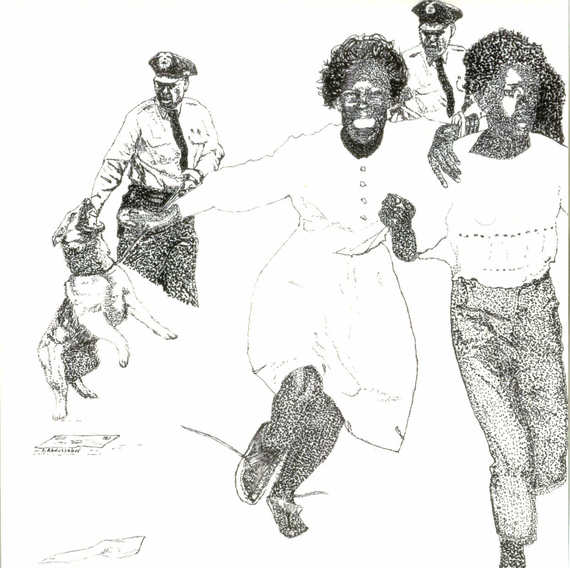