I fell into a trap recently. A talking-trap. A guy-who-wouldn't-stop-talking-to-me-no-matter-what-I-did trap. It happened while Hubbie and I were vacationing in a rented RV up in the wine country.

It turns out the small-ish living space inside the RV had nothing on the teensy space outside of it.

Case and point? Here's a photo of our RV. Right next to our neighbor's RV. 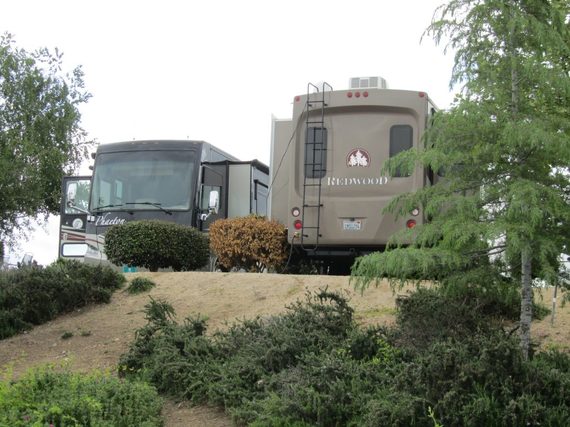 In a normal scenario, this may not have been a big deal. I may have even loved it, as I usually enjoy getting to know others.

The problem? This guy was a talk-trapper.

All it took was for us to smile and give a friendly "hello there!", and this guy got to talking.

You get the picture.

No matter what non-verbal hints we tried, the guy did not stop talking. For a looooong time.

We all run into talk-trappers all the time...

There are many kinds of talk-trappers. Sequential trappers start their stories at the very beginning and continue the long journey to the very end. Tangential talkers find a whole new story direction for every point. Rambling trappers just make it up as they go along.

These people aren't bad of course. Nevertheless, getting caught in a talking-trap can be frustrating. It can feel like we've lost control. It can mess up our day, our concentration, our sense of peace.

What to do? A few ideas to help you dig out:

A talking-trap can make us feel stuck to the spot, as though the person's words and gestures have crowded us in so much that we can't move.

Nonsense. We can break out of the space. We can stand up and move, change the spatial dynamic and the energy, say we need to go.

It might feel rude...but if you move while kindly but firmly saying you need to go do your next thing/check on your next thing/take care of your next thing, it's simply a way of setting a boundary with someone who probably doesn't realize that they're trapping you.

When trappers talk, their words can feel like a metal chain, bound together without a second to let you talk and change the situation.

Nonsense. Just because someone is talking doesn't mean they've built an invisible piece of tape over your mouth.

You may just need to talk over them, to break in and interrupt. It might feel rude...but if you nicely but firmly interrupt and say you need to go do your next thing/check on your next thing/take care of your next thing, it's simply a way of setting a boundary with someone who probably doesn't realize that they're trapping you.

Just kidding. Don't break dance. That won't work and you might hurt yourself.

Sometimes we ourselves establish a frustrating relationship with a talk-trapper. We speak regularly on the phone and endure the rambling. We see them for lunch once each week and feel resigned to our pre-scheduled fate.

Nonsense. The thing with this solution - and all of them - is to understand that your time is valuable, that it's limited, and that you have choices about how you spend it. In fact, you're the only one who can change these situations. So, in this scenario, change the pattern. Talk to them less. See them less. If you're close enough, talk to them about the dynamic.

It might feel rude...but if you nicely but firmly find a way to change the pattern, it's simply a way of setting a boundary with someone who probably doesn't realize that they're trapping you.

Sure, sometimes the trap is just too tricky to escape...but most of the time it's about finding the balance between being kind and honoring yourself.

Oh, and if you haven't noticed a trapper in your life? Beware that it might be you. Which doesn't mean you're bad. But you might want to pay attention to how your chatting impacts others.

Perhaps my talk-trapper will do this one day. Until then, it will be up to those he traps to dig themselves out. Which is what I did every time he came close.

It didn't feel great and he probably didn't love it, but it gave me the peace I needed.

And my teensy space felt a whole lot bigger. 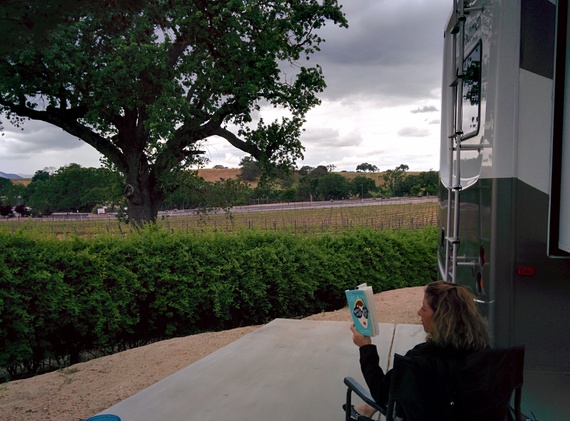