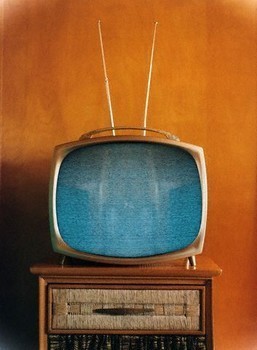 Hurry! Hurry! Step right up folks for your $40.00 government coupon. Get your red hot digital converter box for $19.95. You must have it all together by February 17, 2009 or you will not receive a television signal on your analog television set unless you have cable or an HDTV.

No wait!! Now the government says we have until June 2009.

What country do we live in? We are being forced to buy additional equipment to receive a television signal? How much did our government spend for those millions of $40 coupons?

The converter box and a respectable antenna is over $50 for each television in your home. The only alternative is to buy an HDTV for an average of $320 for a 19-inch up to $695 to replace the 36-inch I felt at one time lucky to have, or to get a subscription to cable, satellite, or direct TV. For basic, those are approximately $29.99 plus tax, or for the premium 'all bells and whistles and stations 'service up to $150 a month.

I for one am boycotting cable because of the exorbitant price! If you pay that much for television and advertisers pay a hefty sum, where does the money for all those commercials go these days? Millions of dollars paid for commercials during the Super Bowl for each commercial? Something is rotten in Denmark, when our economy is so bad and these companies spend that much money for 60 seconds of air time. Where does that money go? The cable bill sure doesn't go down.

If you really need 150 channels....well, I say, there is something wrong with the way you live your life! In the 80's I went to the island of Ibiza, in Spain, and they only had one channel. I felt sorry for them even then but at least they had one channel. If you can not get converted, you will have no signal and you better break out the old AM/FM radio to hear the news, be informed of inclement weather, or be warned of an impending national disaster. Or are the radio stations all going digital soon too?

I did what they warned me I should do. I went out and got my converter box and antenna and hooked it up to my analog TV and I now get 16 channels....sort of. The signal fades in and out and the picture will stop mid-stream and freeze! So then I broke down and bought a brand new 1080 pixel 32 inch HDTV thinking it had to be better, but alas, the same thing happens and it is very frustrating to say the least. Now on the new TV when the digital signal pauses I literally see all 1080 pixels in slow motion -- a kind of moving abstract art.

I have cornered every "cable guy" that I run into and they tell me that the reason cable is so expensive is because of the high prices channels charge to allow them to broadcast their station. Of course the highest priced channels are the premium sports channels the cable guys tell me. Why should I have to pay for everyone else to watch sports?

Maybe we should all buy stock in cable companies because it's has to go up due to the digital boom. You're doomed if you don't have cable or the like from what I can see by the lousy reception I am getting without it, but I for one sure don't need another monthly bill, so I will put up with what our government is making us watch! Progress? What choice do we have?