Steve Sasson was working at the applied research lab at Eastman Kodak when he was asked to look into a new apparatus called a charge-coupled device. One year later, the first digital camera was born. But, while the invention changed the industry forever, it also caused the demise of one of the biggest photo companies in the world.

"The revolution was going to happen," Sasson says. "I didn't know when, and I didn't know how effective it would be. In the end result, the fundamental business model of Kodak was undermined by the new technology."

Sasson is credited with building the first digital camera in 1974 using a Fairchild CCD. He utilized an imaging chip to receive light from the lens and convert it into numbers. The charge pattern, he explains, was read quickly into a permanent storage place, which then happened to be a digital cassette tape. He placed it in his playback unit, and in about 30 seconds he and his team saw the first digital image. "That first camera I took pictures with was only .01 megapixels [by] today's standard," Sasson says.

Over the years, Kodak put billions of dollars behind digital imaging, but ultimately hit an obstacle it couldn't overcome. "It became difficult for them to shift the model," he explains. "... In some ways, [the technology] cannibalized an already existing business that was quite profitable and well-regarded."

Kodak declared bankruptcy in 2012, but according to the Wall Street Journal, it expects to exit Chapter 11 protection in the third quarter of 2013. Sasson continues to consult with the company, and is proud of his achievements in digital imaging development, which, in his opinion, continue to support George Eastman's original vision of "democratized photography."

"It's cool to think that you might have had a small part in seeing how this has enfolded for the world," Sasson muses. "It really gives you a feeling of, 'Wow, I'm just one in a long line of people that have tried to work with the process and improve the process.' And there will be many more improvements in the future, as well." 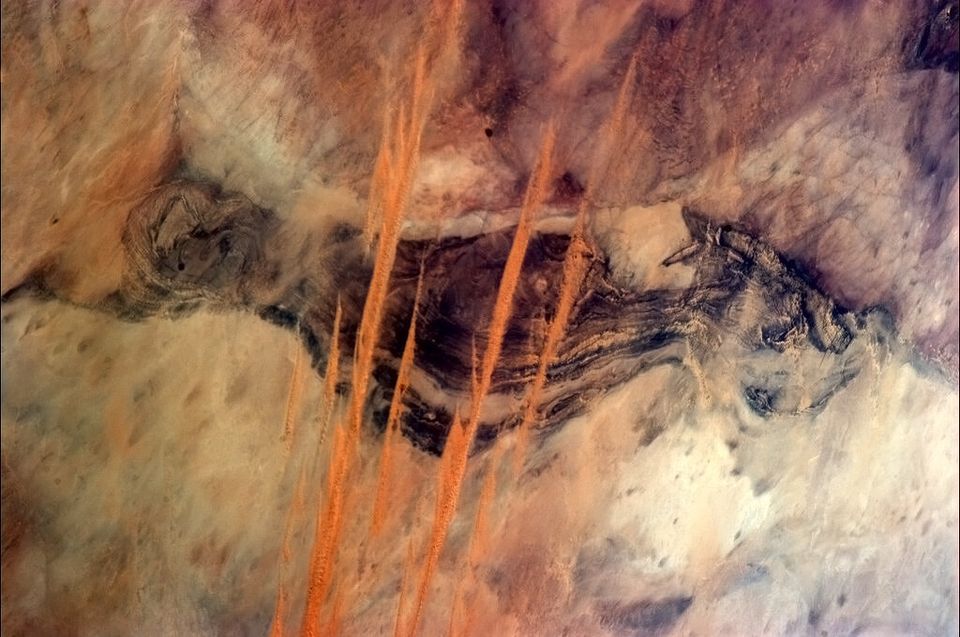 1 / 82
Valentine
"All the grains of sand in all the deserts can't compare to the number of ways I love you. #ValentineFromSpace"
<a href="www.twitter.com/cmdr_hadfield">Chris Hadfield/Twitter</a>