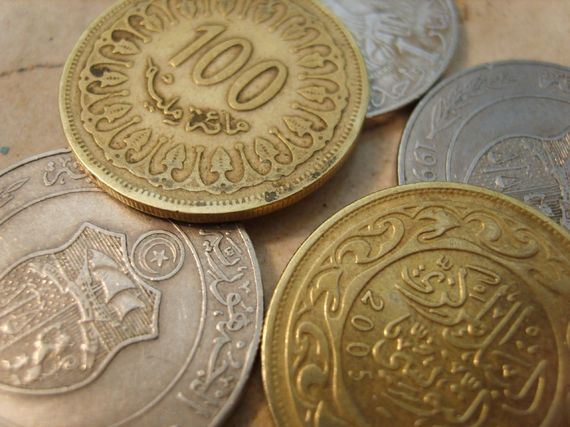 This broad adoption is a significant announcement since 90% of Tunisians who have a bank account, are banked with La Poste Tunisienne and more than 700,000 Tunisians are using the official eDinar currency.

Fees Slashed Transaction fees are expected to be lowered to a maximum transaction fee of less than a third of one dinar.

The payment processing technology was built by Swiss based Monetas. Unlike decentralized digital currencies (such as bitcoin), La Poste Tunisienne will "strictly control the issuance and circulation of the eDinar+ currency in order to prevent it from being used for illegal transactions."

While lower transaction costs will be embraced, Tunisians run a current account deficit (imports > exports) of 8.9% of GDP (2014). Coupled with a steady depreciation of the Tunisian dinar against the U.S. dollar, importing goods have become more expensive for Tunisians.

However, the silver linings to a more competitive currency with lower frictional costs are cheaper domestic exports. This should reduce the current account deficit, which is a goal that the Tunisian central bank has been working towards.