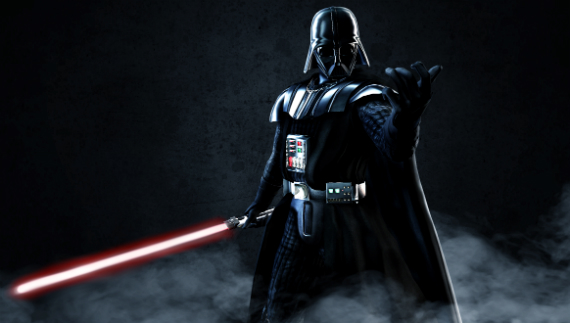 Not everything I've written holds up well. But in rereading The Digital Economy for the 20th-anniversary-edition rewrite, I'm both struck by how well the book has withstood the test of time and deeply concerned about where we have arrived.

The subtitle of the book was "Promise and Peril in the Age of Networked Intelligence." The book was pretty breathless about the opportunities, but equally it warned of the huge dangers ahead. I wrote:

Some signs point to a new economy in which wealth is even further concentrated, basic rights like privacy are vanishing, and a spiral of violence and repression undermine basic security and freedoms. Pervasive evidence exists that indicates the basic social fabric is beginning to disintegrate. Old laws, structures, norms, and approaches are proving to be completely inadequate for life in the new economy. While they are crumbling or being smashed, it is not completely clear what should replace them. Everywhere people are beginning to ask, "Will this smaller world our children inherit be a better one?"

In hindsight, the digital economy has brought us many wonders. But I'm sad to say that every single "dark side" danger I mentioned in 1995 has in fact come to fruition. I outlined eight issues. Here are the first four. You decide. And I hope to see you at SXSW on Monday, March 16, where we can discuss these further.

1. "Dislocations in labor markets, with old industries and jobs disappearing."

The fact that we're entering a new economy is of little consolation to that displaced worker and his or her family. How will we manage the transition to new types of work and a new knowledge base for the economy?

Today: For the first time in history, economic growth is not generating a meaningful number of new jobs. Young workers are taking the biggest hit. Google's executive chairman, Eric Schmidt, says that job scarcity will be the biggest public-policy issue for the next two or three decades. There are many causes, but the biggest culprit is digital technologies. We've already seen knowledge work such as accounting and legal services being shipped offshore to cheaper employees. Soon the work will stay here but be done by computers. Factor in the hangover from the financial collapse of 2008 and we're witnessing youth unemployment levels across the Western world from 15 to 60 percent. This situation is not only immoral but creating a massive powder keg.

2. "The destruction of privacy in an unprecedented and irrevocable manner." (I believed the topic to be so important that I devoted an entire chapter to it.)

Most of us believe we have the right to decide what personal information we divulge, to whom, and for what purpose. Left unchecked, the Internet could render such thinking irrelevant. As human communications, business transactions, working, learning, and playing increasingly come onto the Net, unimaginable quantities and types of information become digitized and networked. How can we safeguard privacy in an economy that is digital?

Today: This is a major topic on the minds of most thoughtful people. But since the book was written, there has been profound change in how we need to safeguard privacy. So-called "data minimization" (limiting what information we give away) is no longer feasible. New approaches are required.

3. The danger of "a severe bipolarization of wealth."

An ill-conceived transition to the digital economy could foster a two-tiered society.... Is there an emerging "revolt of the elites" who will use the new infrastructure to further cocoon themselves -- children in private schools, paying for their own social services, surrounded by high perimeter fences, identifying closer with friends and business associates in cyberspace, losing any sense of responsibility to others in their physical communities or country?

Today: Income Inequality is one of the hottest topics on the planet. It was listed as the number-one global risk by the World Economic Forum's 2014 meeting in Davos, Switzerland. It is the topic of the New York Times number-one bestseller Capital in the 21st Century by the French economist Thomas Piketty. While many disagree with his socialist conclusions, Piketty's scholarship has been pretty much unassailable, showing that growing social inequality is endemic to capitalism, even in the digital age. And reasonable people today are questioning whether the digital revolution might actually accelerate inequality.

4. "What impact will the digital economy have on quality of life?"

Will telework create new, flexible, enjoyable working environments, or will it enslave people to piecework done in isolation? Will we, as some pundits argue, drown in data or amuse ourselves to death? As technology invades our offices, homes, cars, hotel rooms, airplane seats, kitchens, and washrooms, is there a danger of the separation of work and leisure vanishing?

Today: This is a hotly debated topic, and the jury is out. As for technology making us stupid, many measures of smartness (improving IQ, standard test scores, university graduates, etc.) suggest otherwise. However, a quotion from the brilliant Alan Kay in The Digital Economy seems prophetic:

Another way to think of roadkill on the information highway will be the billions who will forget that there are offramps to destinations other than Hollywood, Las Vegas, the local bingo parlour, or shiny beads from a shopping network!

What can be done to reverse the dark side and ensure that the digital economy is one of promise fulfilled?

Don Tapscott is the author of 15 widely read books about the digital revolution in business and society, most recently the 20th-anniversary edition of The Digital Economy. He will be giving a keynote presentation at SXSW on Monday, March 16, in which he outlines eight "dark side" issues and presents solutions to fulfill the promise of the digital age for the next 20 years.