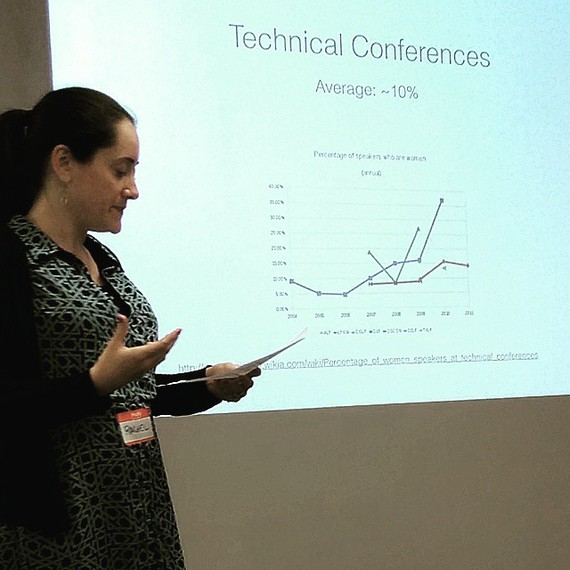 Photographed at Dev Bootcamp on Wall Street during a Write, Speak, Code meeting.
Annually, only 10% of speakers at technology conferences are women.

Digital technology has changed our world for the better, but the innovation that helps some rise also threatens to leave millions behind. As technology transforms our economy at a blinding pace, more and more people are being locked out of a job market increasingly dominated by the demand for computer skills.

The digital skills gap is the divide between the technological skills a job requires and the skills a worker possesses. In the words of management consultancy McKinsey & Company, educational gaps like the digital skills gap, "impose on the United States the economic equivalent of a permanent national recession."

Policymakers and businesses alike are beginning to recognize that closing this gap is essential to preparing our nation for a successful future, and that the rapid pace of technological change makes fixing it more urgent than ever. It's now clear that increasing digital fluency is critical to keep our economy healthy and give more Americans the chance to secure well-paying jobs. 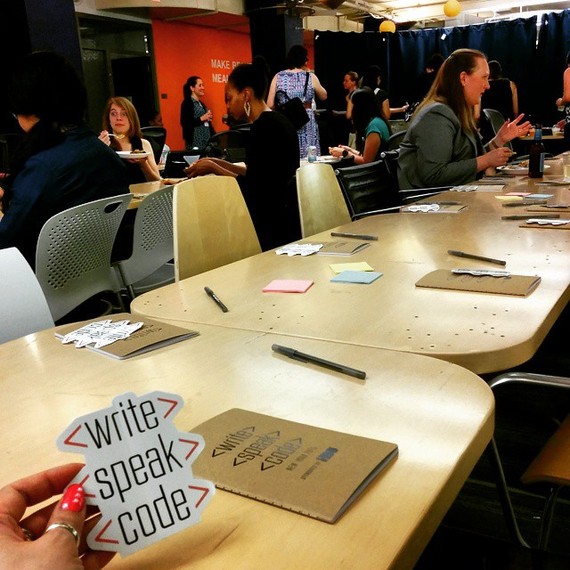 Digital literacy is much more than the ability to use the internet or a smartphone -- this is just a small slice of the much wider problem with implications across individual job performance as well as entire systems like healthcare, financial planning and education.

Digital literacy encompasses fluency in digital systems, the ability to use a range of tech tools to accomplish work-related tasks and the flexibility to adapt as technology changes. These are the baseline requirements for the majority of jobs currently powering the U.S. economy. In fact, 78% of middle-skill jobs (occupations that require education beyond high school, but not a four-year degree) now require digital skills like spreadsheet and word processing, according to recent data released by Burning Glass Research.

However, according to the PIACC test results released by OECD this March, U.S. millennials scored almost dead last on digital literacy compared to other developed nations. This new assessment of problem-solving skills focused on how well adults understood and interacted effectively with digital technology. According to the Educational Testing Service's analysis, "The comparatively low skill level of U.S. millennials is likely to test our international competitiveness over the coming decades. If our future rests in part on the skills of this cohort -- as these individuals represent the workforce, parents, educators, and our political bedrock -- then that future looks bleak."

Digitally intensive middle skill jobs show robust demand, healthy growth and stable prospects. They also represent the biggest opportunity for the 68 percent of Americans without a bachelor's degree. As promising as these jobs are, they are closed off to the millions who lack digital literacy.

This new reality is dawning on businesses and governments alike, as major players across industries are pledging to create a more digitally educated workforce. "Companies like Capital One are going to help recruit, train and employ more new tech workers -- not out of charity, but because it's a smart business decision," President Obama said during the National League of Cities conference.

Today, the interest, recognition and support needed to create a more digitally literate America has finally spread to the highest offices and the biggest companies in the nation. Now, as the evolution of technology accelerates, we need to unite even more to accelerate our efforts in helping people catch up, keep up and thrive in the digital economy. Tomorrow's opportunities are contingent on our ability to achieve digital literacy today.

Co-authored with Jeff Fernandez, CEO of Grovo. Last month, his company partnered with Capital One to announce the Future Edge Digital Literacy Challenge at the Clinton Global Initiative America. Designed to bring free digital literacy education to the masses, the initiative empowers people with the skills needed to compete for the millions of secure, well-paying middle-skill jobs that today's employers are actively looking to fill.