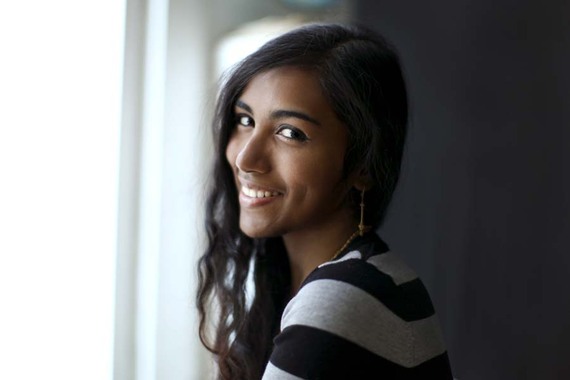 I was born in Bangladesh but my family moved to Queens, NY when I was eight. I joined Global Kids in high school in 2006. At that time the Global Kids Virtual Video Project was starting. Liking animation and games a lot, I thought it would be interesting because it was about creating machinima, which is filming in 3D environments and platforms.

I was one of the few girls there. Somewhere along the line, women have been given a negative perception of technology that hinders them from embracing it. Global Kids helped me realize I can do something in technology without being afraid. The attitude was, "You're a part of the program and you're a Global Kids Leader."

For the first Virtual Video Project, we focused on the use of child soldiers in Northern Uganda. We went to hear Ishmael Beah, a former child soldier, speak and we got to meet him after his talk. We also did a lot of research and storyboarding, learning all of the things that go into making a movie.

In summer 2007, Global Kids ran a virtual camp focused on the Convention on the Rights of the Child. It was a project with UNICEF. They wanted Global Kids to gather a bunch of teens from around the world to create short videos. We were working with teens from Mexico, Europe and the United States. I had never had a real camp experience, so this was nice.

Global Kids teaches youth about the issues, and then we get to do something about it, whether it is a virtual camp or creating a film and putting it on the web so that everyone else can see and learn. I think it's that action portion -- not only being able to learn, but also putting into effect what we learned - that helps youth feel empowered.

One of the great things is that even if you graduate, Global Kids trainers will call and say, "This or that is going on. Do you want to come by?" After I graduated, Global Kids invited me to go to Google Headquarters in California, for the Cooney Center's Breakthrough Forum on Online Learning. Google is such a center of creativity. I learned so much about online education and the creative process. All Global Kids wanted in return was for me to write a blog about my experience. That seemed like a small price to pay.

Right now I'm studying for my Masters Degree in educational technology at Adelphi University. I am very much influenced by Global Kids. Anytime I see anyone who struggles in a class or thinks they can't do it, it's important for me to tell them, "It's just a little confusing now, but you're going to get it." --Nafiza Akter

More:
child soldiersimpactImpactXConvention on the Rights of the Childishmael beah