Judging by the box office numbers most of the world has already watched Rogue One: A Star Wars Story. We know the internet is filled with definitive hot takes about the movie. Every time there's a tentpole film this big, everyone feels the need to weigh in, but we're not commenting on the film itself. We're commenting on thing very specific thing the film does so this is your first and only warning: spoilers from here on out.

Rogue One has officially built a bridge over the uncanny valley. Twenty two years after his death, Peter Cushing makes a return to the silver in a motion capture performance. It's a highly unsettling move, and though it's not the first account of this occurring, it is likely to create a new trend in filmmaking going forward.

Over the course of the week there's been several opinions on what actors should return to the screen next. It's clear that this was inevitable but at what point does an actor give up their right to a peaceful death? Acting is about making a choice to take on a role, and is not a choice that should be make for anyone. The strength of a performance is credited to the actor who consciously chooses to act in a unique way to the situation around them. When Peter Cushing played Grand Moff Tarkin in the original Star Wars, he left an impression because he played the role with a casual sense of arrogance and cruelty.

But who is making those choices in Rogue One? We see Peter Cushing on screen but there is a mo-capped actor who is giving the performance. Only afterwards is Cushing's face CGIed onto the other actor. It's not the same as Andy Serkis playing Gollum in The Lord of the Rings. This is layering another human being over another. So it begs the question, why not recast the role? Was his precise visual presence really necessary for the plot? Did it serve any artistic means? Or was this just a chance to experiment with technology? 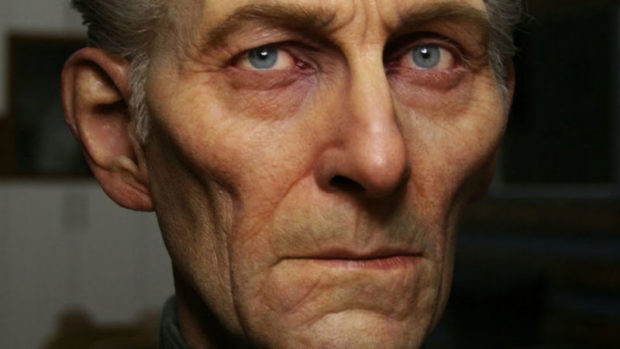 When you watch the movie, you'll notice something seems slightly off in the performance. The smoothness of the skin, the fluid movement, and despite how good it looks it's not quite human. The question becomes, is this something we should encourage or support? If you ask me, it's a giant breach of respect for the dead.

It's not necessarily about what's being done in Rogue One, despite it being unnecessary, but what could be done in the hands of someone else. We're not very far off from photorealistic recreations of human flesh. Disney has been dancing with this technology for years. If a person can't agree to be in a film, they shouldn't be in it. End of story.

I mean, we already have problems with leaking celebrities' nude selfies, so how far off are we from mapping their likeness onto pornographic scenes? It's unprecedented territory, a whole new world of morality and consent that needs be addressed.

Creating a barrier around dead actors is a way to protect the medium from reverting to exploitation, and allows for new actors to come in and make those important decisions in a scene. As alluring as it may be, we shouldn't make this practice common place. It removes the human element to the performance, and without that, it removes the art of the craft.

There's your hot take: don't let Hollywood recreate dead actors. Just don't. It's a sickening thing to consider but this is just the beginning. Unless we do something.