Her name is Teresia and she is full of life. She hails from Central Kenya, an area rich in agriculture where many still scratch out a living from the land itself. Nearly. Teresia, her daughter and her grandson together live on about $1 a day, earned from informal farm work. Their small, two-room house sits on a patch of land with a cow and a garden growing corn, vegetables and a few banana trees.

We are here because we have invested in d.light, a company that manufactures and distributes affordable solar products to low-income communities. We want to meet customers to see what they think about the products. Currently, d.light is selling about 120,000 units per month in Africa alone, and another 75,000 in India, meaning a million more people every month have light as a result. Light brings possibility in ways hard to imagine until you are without it.

Teresia greets us with a beaming smile as she shucks dried corn outside. She whisks her grandson from the ground into her strong arms. This is a woman who knows work and expects little but has much to give. There is calm beauty in her lined, open face and I like her immediately. She reminds me of my grandmother who grew up on a farm in Austria. 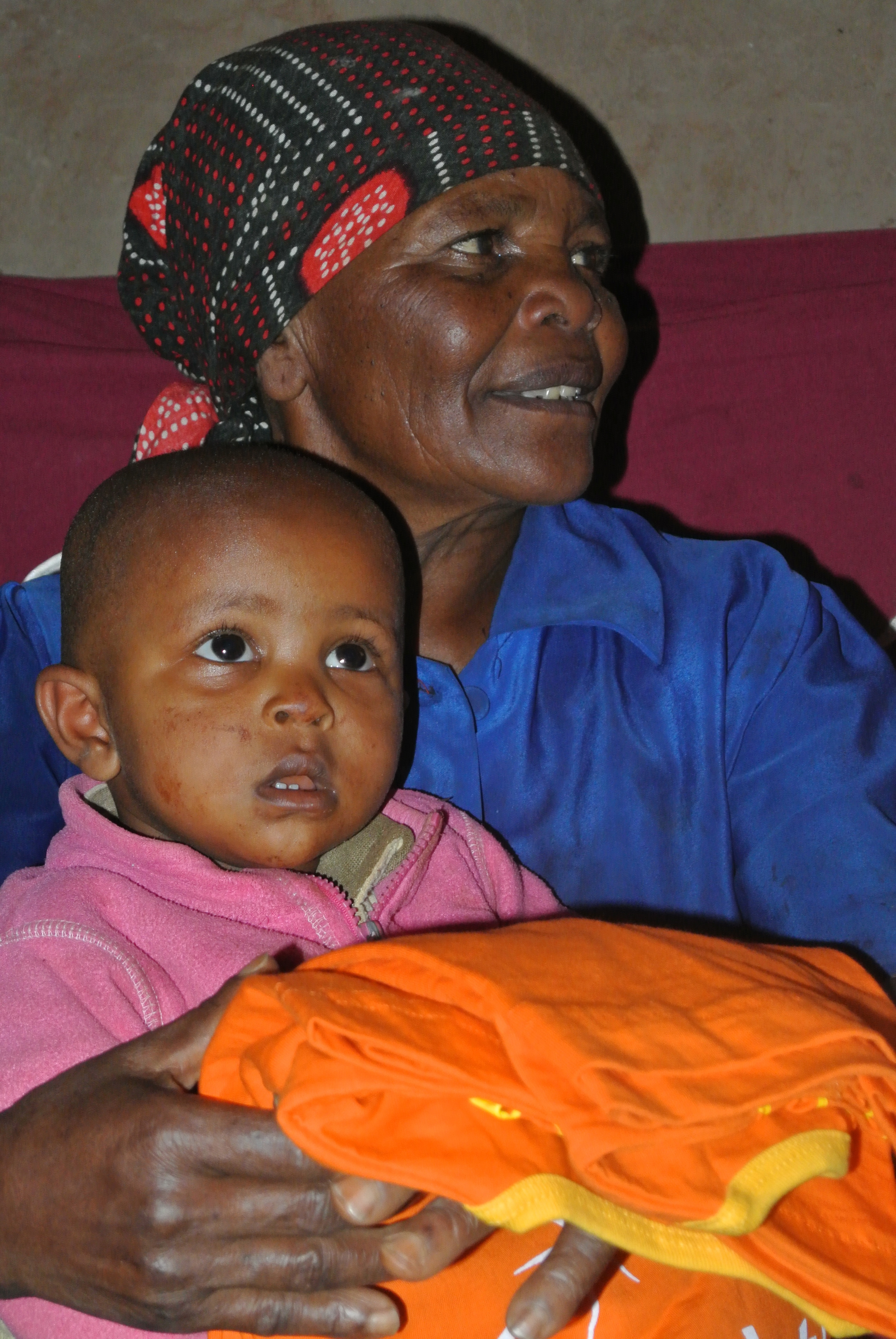 Teresia welcomes us into her home and we sit around a plywood coffee table on one of two couches covered with crocheted lace. The room is windowless, but light from the open door softly illuminates the faded newspaper cut-outs hung from the rafters, reminding me of the way we decorated for elementary school parties years and years ago. Teresia shows us a "tin can lantern," literally a 25-cent can of kerosene with a wick on top, cheap and highly explosive, but until recently, the only means she had of lighting the house at night. She tells us she paid about 25 cents per day -- or $5-6 a month -- for the kerosene.

Seven months ago, Teresia tells us, she met a friend who was thrilled with her d.light, and the experience convinced her to borrow in order to have one herself. Of her own accord, she decided to buy one of the most expensive products on offer, despite her meager income and the light's $40 price point.

Teresia's rationale is simple. First, she says, I pay less than $3.50 monthly to cover my loan payments. This is below what I paid for kerosene, and once I clear it, she adds, the cost of energy will be free. Light for the three hours of darkness before she sleeps is her single largest household expenditure. 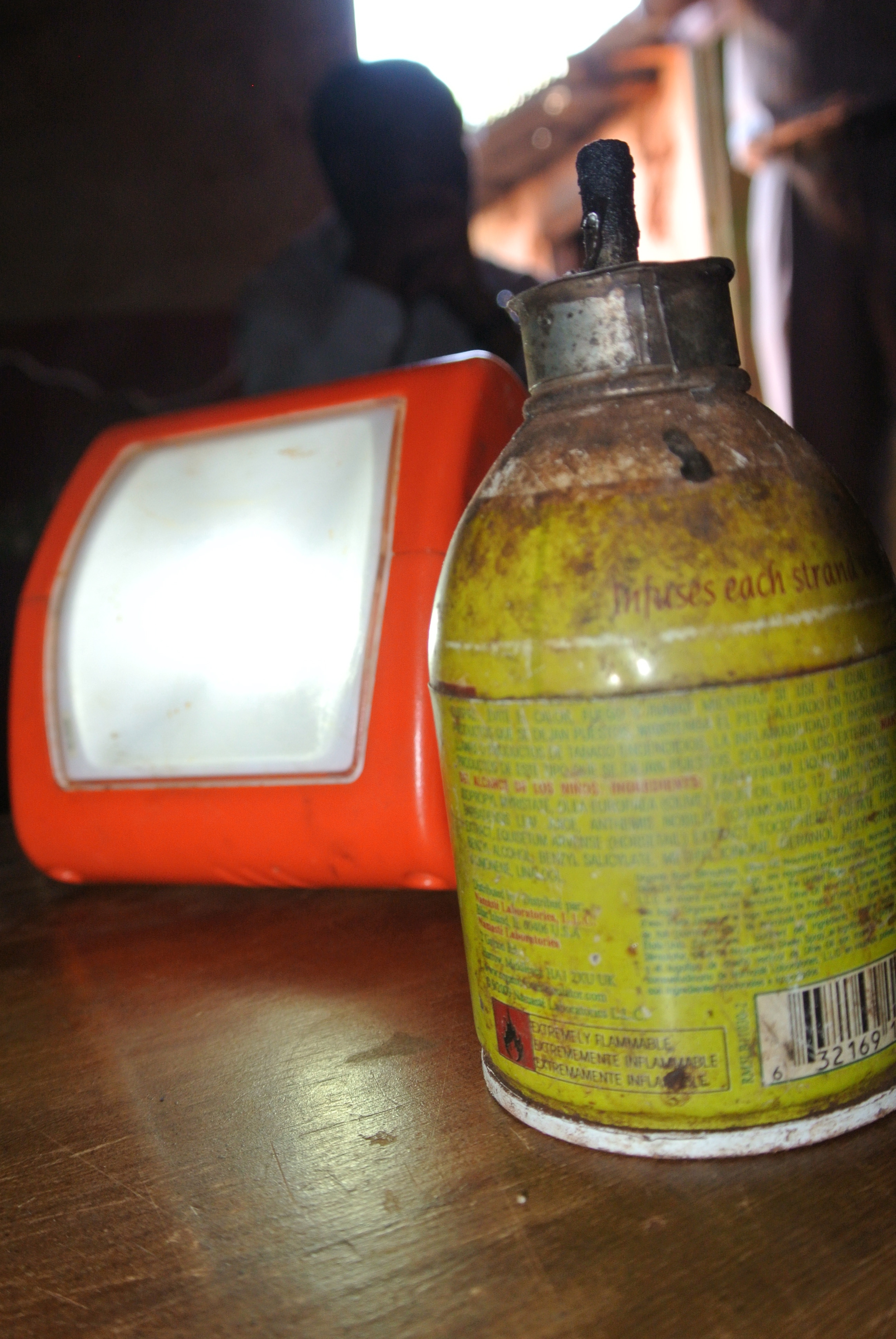 She loves the quality of the d.light unit. "When I would drop something before," she says as she demonstrates how the light works, "I would lose it until morning. Now, I shine the light and can find anything I need easily. Even if the grid is off and my richer neighbors lose their electricity, my light is still working. Plus my daughter can power her cellphone with this light."

Are there other dreams, I wonder? Teresia nods, sharing her hope that her grandson will receive proper schooling. "I feel sad that I missed the opportunity for education. If I could speak English, I could talk directly to people like you without needing someone to translate. I want my grandson to study and learn English. I wish I could read the Bible too. Otherwise, I am happy."

We ask her how the company might improve the product given her own experiences with it. After looking down and thinking, her eyes gaze upward and an enormous smile spreads across her face. Just for a moment, she looks like a cheeky schoolgirl letting us in on a treasured secret.

One, she says, it would be good if the light could charge the phone while charging itself as well.

Two, she continues. You know, batteries for the radio are too expensive. We have a radio but we cannot afford the batteries. We couldn't listen to the presidential debates. It would be better if the light could also charge a radio.

I begin to thank her, thinking she has completed her thought, but she continues with suggested improvements.

Three. Is there a better way to hang the light? The strap is too short and I cannot make it hang from above.

David Small, the irrepressible white-haired, big-smiled head of d.light Africa and a former Colgate Palmolive general manager, is listening. He takes all of her questions seriously and answers each with respect. He tells her she must find a string and shows her how to hang it from the ceiling. Teresia watches him closely and you can see her thinking about how she might find the string she needs.

Four! She finally says, and now you can see she is really enjoying this consumer feedback session. Maybe if there were a pull switch it would allow me to put it near the ceiling -- then I could turn it on and off easily.

"We've tried that," David responds. "It would be more convenient for you, but we haven't figured out how to create a pull switch that would enable the price point to stay so low."

"Maybe you could still try to make a cheaper pull-string?" she asks.

As I watch Teresia and David exchanging thoughts about consumer satisfaction, emotion swells inside. This is why I am doing this work. This is why I started Acumen: I am witnessing a conversation of equals, one between an empowered consumer and a businessman trying to serve her. Teresia is not pandering nor is she begging. David is neither self-satisfied with his own sense of benevolence, nor is he assuming he has the answers. Teresia may have next to nothing of material value in the world, but here she is, full of dignity, full of the confidence that comes with doing something for yourself and paying for it, to boot. Her eyes sparkle with curiosity and strength. Teresia has earned this conversation. David must continue to work for her loyalty and trust as a customer. In the process, both have the chance to be transformed.

Teresia insists we taste her bananas before we depart. She nearly skips into her garden and back and hands us each a precious yellow fruit. The taste of the banana is sweet and rich. We are supposed to be the wealthy ones, yet here we are accepting gifts. I tell her we have brought nothing but questions and she has given so much. "No, she says, guests are gifts from God and you have blessed my house."

1.6 billion people on earth lack affordable light. Imagine the virtual release of human energy if we truly lit the world together. We will do this not by handing a solution to the poor, but by crafting -- and insisting on -- opportunities in which everyone can participate.

We are each other's destiny. Within our interconnection lies the seed of our mutual sense of dignity -- and ultimately, the world's best chance to end impoverishment, material and spiritual.