As a man of careless ambition, Nikolai Resanov's attempt to make the US a part of the tsar's empire in 19th century failed. The story of Russia's colonies in Alaska and northern California have been filed away in obscure historical territory for those who come from outside of Russia, but for author, journalist and historian Owen Matthews, it became the core topic of his book Glorious Misadventures.

In a crowded room in the designer-dilapidation of Budapest's mood-lit Brody Studios, a private arts club in the city's VI District, the crowds gathered about for a themed dinner as Owen Matthews presented his historical account and research behind-the-scenes for Glorious Misadventures, in a modern-day revival of the literary salon, the first of many to come in Budapest.

The Russian dinner weaved through a thematic progression of courses from a canapé of blinis, dill accented borscht, rich duck leg cut with a tart Georgian plum sauce and tying all of it up with honey marinated pears.

While the food would satisfy even the pickiest of gourmands, the starring attraction was Istanbul-based writer Owen Matthews (previously Bureau Chief of Newsweek Moscow, whose career as a foreign correspondent started in Budapest 1993). Mr Matthews's talk touched on the topic of his book on Nikolai Resanov and the story of Russia's colonization of America, and became something more than just your usual book signing, as its timely coincidence with Putin's Crimean gambit turned the friendly discussion into a heated question and answer session. The deviation from the book's original topic, or its comparative parallel's transformed the literary salon into a discourse on contemporary issues from using the perspective of history. 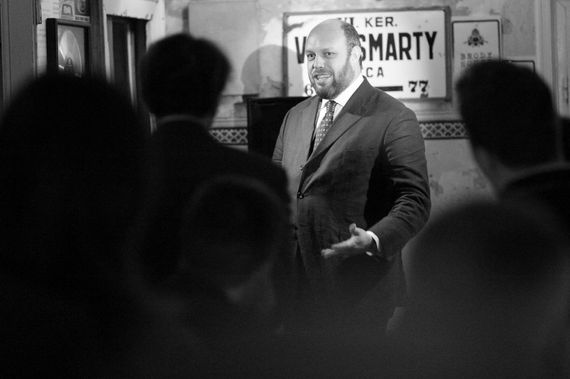 Resanov's story is one that's universally known in Russia, and was even a huge rock opera in the 1980s, which in turn popularised the figure, however his story and Russia's foothold in America is one that's relatively unknown to the Western world.

Glorious Misadventures tells of how "Russians make hopeless colonialists," according to Matthews, from Russian and Welsh extraction, whose own complex family history was chronicled in his former book Stalin's Children.

Even though Putin's Crimea was achieved by political and military means, Russia's colonization in the 19th century, during Catherine the Great's reign, was more akin to the British Empire, which was achieved through the merchants of the East India Company. Resanov in a similar vein tried to cultivate his imperial vision, to take America by capitalism, after raising money on the stock exchange and established colonies in the northwest Pacific coast of uncharted America.

Resanov's mission, it goes without saying, failed. The attempted occupation of the US became a colony of convicts, and a farm for sea mammals that were valuable back in mainland Russia for their waterproof qualities.

"New Russia failed due to incompetence, drunkenness, and disorganization," commented Matthews when recounting his research. "The new Russian colonies fell apart, and they sold off the land. They sold northern California in 1843 to the Spanish, only a few years before 1849, when the Californian Gold Rush at Sutter's Mill occurred."

"The Russians then sold Alaska in 1867, which they could no longer hold during the Crimean War. A couple of decades later, the Yukon River Gold Rush saw the second largest gold strike in history. Nikolai Rezanov gained a reputation for being a heroic failure, and with good reason."

As the night wore on, Matthews's question-and-answer session turned to contemporary politics. The shallow parallels between Nikolai Rezanov's occupation of the US and Putin's move to take the Crimea created an after dinner dialogue between the crowd and Matthews. 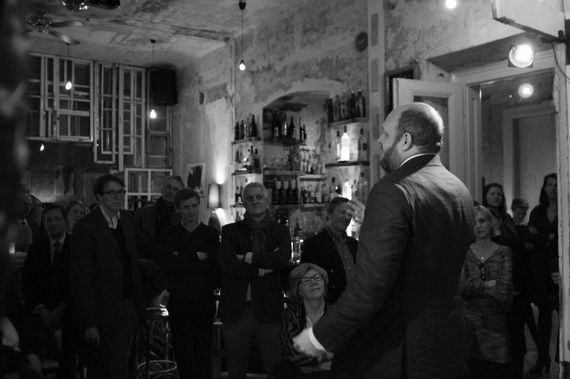 "Putin made an impulsive mistake," he commented on a question concerning the Crimea. "It was a strategic disaster and tactical error. The Kremlin is subject to the business world, and up to now businesses were pro-Putin, since he was good for the economy, however Russia's businesses are financed by Western money.

"Since Putin has entered the Crimean Peninsula, he has played Moscow against Brussels, he, hence, has lost the incentive for Russian businesses to back him. Russia makes up 2 percent of the GDP, it's not an empire anymore, but he doesn't seem to understand that it's not possible to decouple from the rest of the world."

Owen Matthew's own links with Russian politics run in the family. His mother's father was a Bolshevik commissar, who was shot in Stalin's purges and his grandmother was sent to the gulag, while their two daughters were sent to Soviet orphanages. He wrote about his family history in the book Stalin's Children prior to exploring Nikolai Rezanov's story in Glorious Misadventures.

His jump from his own personal family history into the account of Nikolai Rezanov stemmed from his interest as a historian and the desire to tell Rezanov's story.

"I saw the rock opera on Nikolai Rezanov's life when I was a child, he was a famous character in Russia," he told me. "I was intrigued by the story, especially the offbeat role Rezanov played in Russian history. It's not only a strange story about Russia's colonization of the US, but it's also a bizarre tale of human ambition and vanity."

The format of the night allows those in attendance to not only whet their appetites for the book, but also gives them the chance to connect with the author, coupled with the added pleasures of eating and drinking.

"I think the literary dinners are a great format," Owen said. "An interest in culture is equivalent to eating and drinking, and to combine the two is more effective. It becomes more than a book signing and a talk, and is a great social event in itself, recalling the days of the great literary salons."

The tradition of literary dinners might be established in London, but in Budapest, they're just getting started. Owen Matthews was the second guest in the series of literary dinners at Brody Studios, the first being actor and biographer Ian Kelly. Future authors include Lisa Hilton, Timur Vermes, Alex Bellos and Simon Winder, where the format conjured up by British-Hungarian Rosie Apponyi brings writers into the dining room and is a welcome addition to Budapest's literary landscape.