A recent study of a 70 million-year-old fossilized nest of Protoceratops andrewsi dinosaurs -- complete with 15 preserved baby dinos -- has given scientists a new understanding of how the ceratopsian group of dinosaurs cared for their young.

David Fastovsky, chair of the geosciences department at the University of Rhode Island and the lead author of the study, said that while other species of dinosaurs are thought to have cared for their young, little was known about how involved ceratopsians were as parents.

SCROLL DOWN FOR PHOTOS OF THE DINOSAUR NEST

The researchers conclude that the 15 dinosaurs all show juvenile characteristics. These include short snouts, proportionately large eyes, and an absence of adult characteristics, such as the prominent horns and large frills associated with adults of this species. At least 10 of the 15 fossil sets are complete.

Fastovsky said that this study, which appears in the November issue of the Journal of Paleontology, furthers the hypothesis that parental care extends to more highly-evolved members of the group, such as the famed triceratops.

The nest, which was found in Mongolia in 1994 and is about 2.3 feet in diameter, is "a beautiful specimen," Fastovsky said.

Fastovsky said that a prevailing wind blew over the ancient dunes of the Mongolian desert, covering the dinosaur nest in sand and killing the youngsters. This means that, in addition to the new information on the dinosaur's parental care habits, the nest also provides researchers with a glimpse into the final moments of these creatures' lives.

"The babies are huddled together and clumped to one side of the nest, as if they're turned away from the wind," Fastovsky said. "So that's probably exactly what they were doing -- hunkering down and waiting, and I think they were buried alive."

All images by Dr. Kh. Tsogtbaatar, Head of Paleontological Laboratory and Museum at the Paleontological Center, Mongolian Academy of Sciences, and are used courtesy of the photographer. 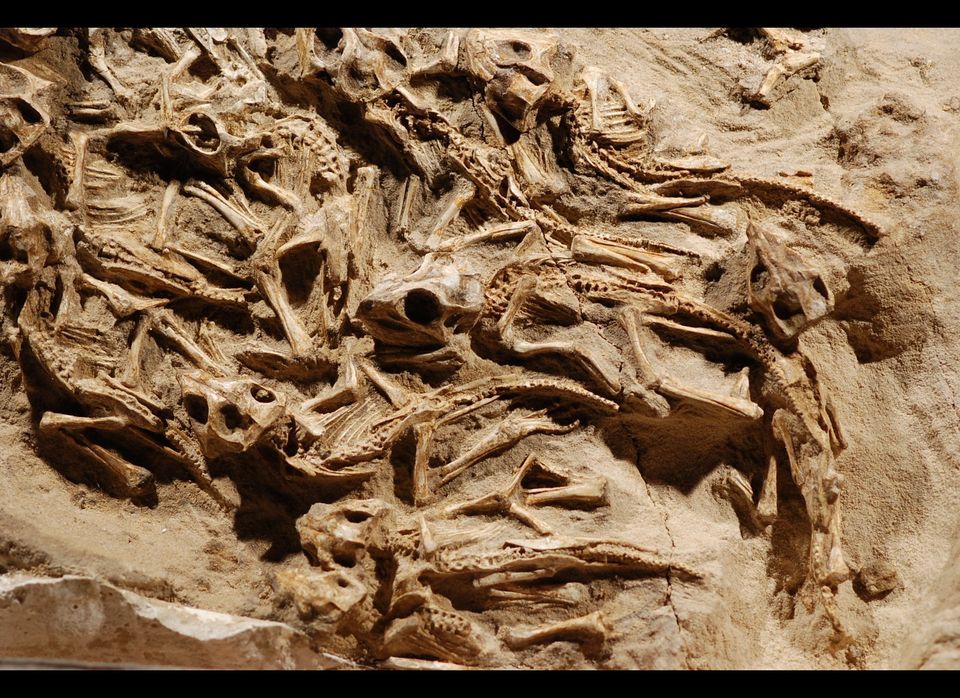