A creature that looks like a miniature dinosaur, complete with spikes and a pointy beak, crawled out of a river in the Russian Far East and into the nightmares of many who saw images of it on social media.

The spiked turtle was found on the banks of the Amur River near the Leninskoye settlement, part of Russia's Jewish Autonomous Region, according to the Siberian Times.

'When we saw it, we did not even realize that it was a turtle," Anastasia Steshina, who filmed the creature, told the news site. "It reminded us of a dinosaur."

"It wasn’t just scary," Steshina was quoted as saying. "It was biting through sticks with its jaws and tried to attack us, awkwardly though because it is a water animal. That said, it can move on the ground and you can see it has claws -– and I tell you, they are very big."

Turns out, the creature is an alligator snapping turtle, and it's a long way from home. National Geographic says the freshwater turtle is found almost exclusively in rivers, canals and lakes in the American southeast.

NatGeo says the turtles can live to between 50 and 100 years old. Males weigh around 175 pounds, with some growing to 220 pounds, and can have a shell that reaches 26 inches long. Females are much smaller, weighing about 50 pounds.

The Nintendo character Bowser from the Mario games is also based on an alligator snapping turtle.

Someone who owned the turtle may have dumped it into the river when it grew too big, The Siberian Times reports. It's also possible the Chinese are breeding alligator snapping turtles for eggs and meat on the other side of the river.

The alligator snapping turtle is listed as "vulnerable" on the International Union for Conservation of Nature's Red List, and the U.S. Fish and Wildlife Service is preparing a study that could lead to new protections for the turtles.

While the species may be vulnerable, Steshina said the one in the images that went viral is just fine.

'There are rumors that we harmed the animal," she told the Siberian Times. "But as can be seen on the video, we did not do anything harmful, just pushed it to the water. It swam away and was not turned into someone's soup." 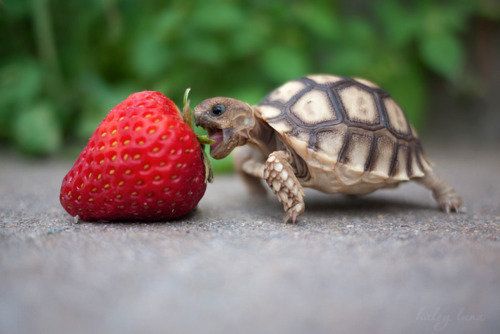