On Monday morning in Paris, the house of Christian Dior showed its first couture collection in fifteen years without former creative director John Galliano at the helm.

The result was none too pretty.

Tim Blanks at Style.com called the fall/winter 2011-2012 show "a misjudged effort to impress an alien thumbprint on an aesthetic that, for better or worse, is one of the fashion industry's most clearly defined."

The collection, a mixed bag of neon brights, geometric motifs and flouncy silhouettes, was created by interim designer Bill Gaytten, the man behind the recent Dior menswear collection and newly-appointed creative director of the John Galliano brand. But all the confidence Dior executives had placed in Gaytten might be thrown into doubt due to this poorly-received collection.

At least Cathy Horyn seems to think so, writing on her On The Runway blog, "I like Mr. Gaytten. He's a sweetheart, but he is not a designer."

Not a resounding endorsement. Check out Christian Dior Couture Fall/Winter 2012 collection below and tell us -- is Gaytten's couture debut good enough for the famed House of Dior? 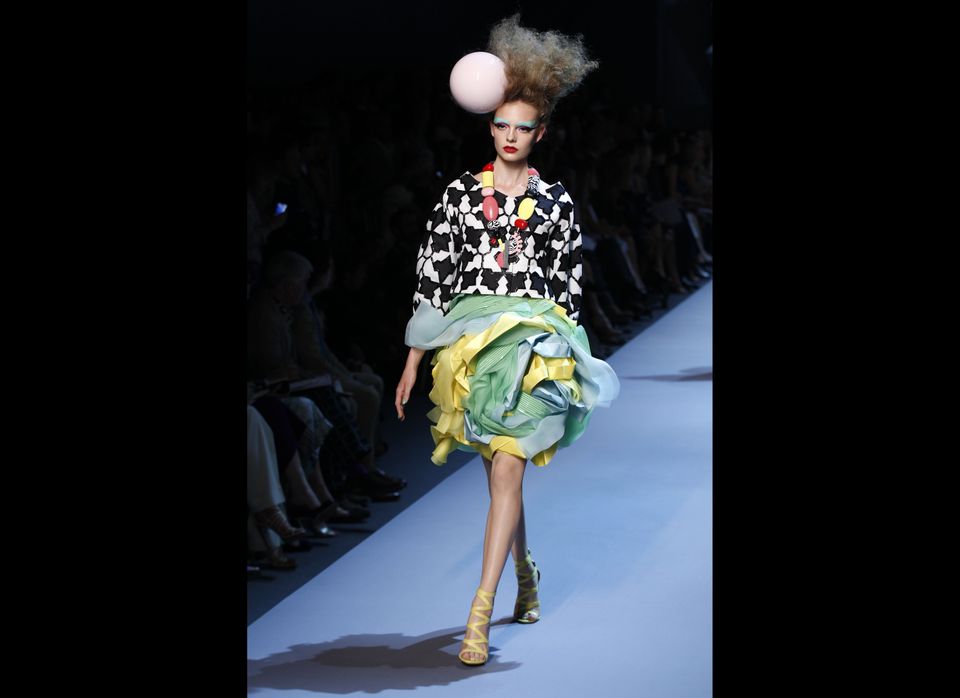