Fashion insiders have been buzzing about who will replace John Galliano as creative director at Christian Dior for the past several months, since the designer was fired for his anti-Semitic outburst earlier this year.

Karlie Kloss closed the show, wearing a sheer pink skirt that left little to the imagination, giving guests a prime view of her derriere. (The 19-year-old model also showed some skin recently in an Allure spread shot by Mario Testino).

What do you think of her runway look? 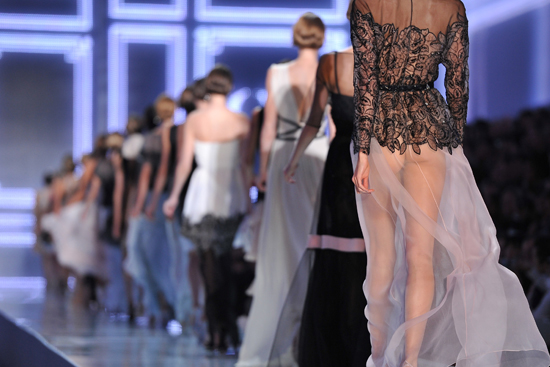