A loyal service dog named Griffin has received an honorary diploma for the “steadfast commitment” he gave his owner while she earned her master’s degree.

Clarkson University in upstate New York honored the 4-year-old golden retriever on Saturday after his owner, Brittany Hawley, graduated with a degree in occupational therapy.

The pair joined forces in 2016 after Hawley, who uses a wheelchair and has chronic pain, applied for a service dog through “paws4prisons,” a program where inmates train animals.

Griffin accompanied her to lectures and internships and was always there to render assistance.

“I pushed for him to graduate from Day One,” Hawley said. “He did everything I did.”

The university’s board of trustees lauded Griffin for his “extraordinary effort ... and diligent dedication to the well-being and student success” of Hawley, The Associated Press reported.

In a Facebook post, Hawley expressed her gratitude to Griffin, adding that she was excited for their future adventures: 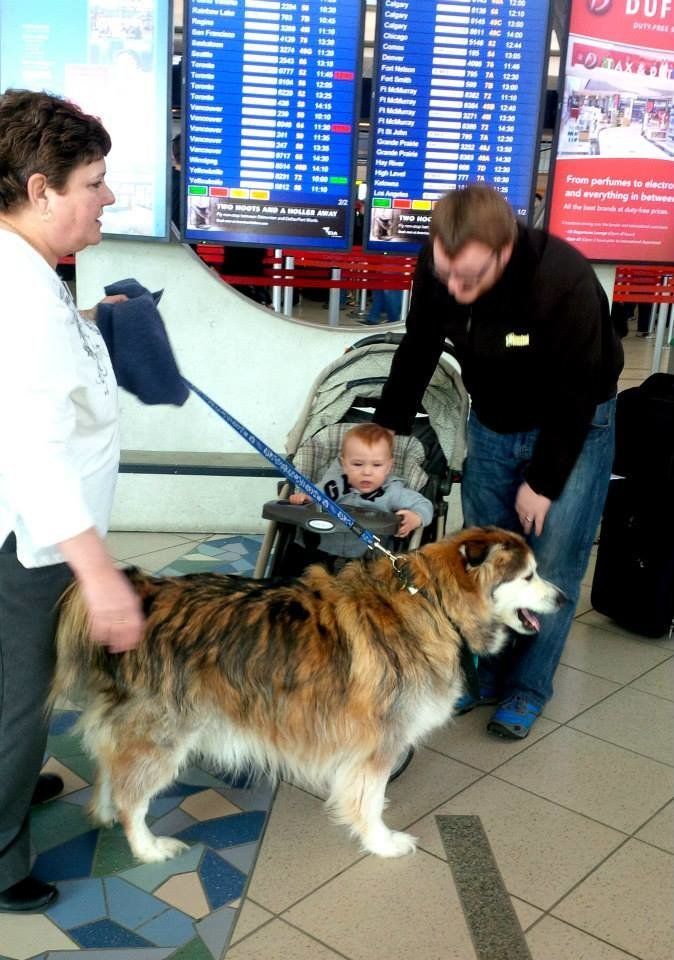