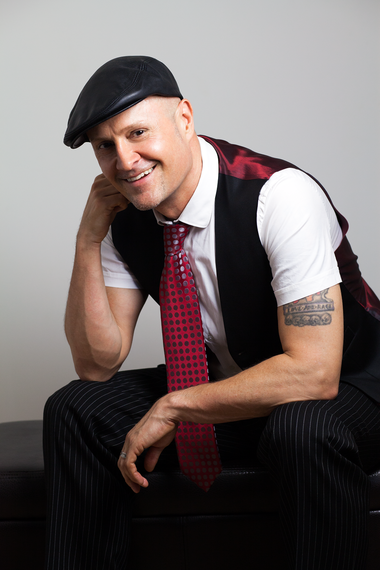 Paul Burston is a creative multi-hyphenate. A successful author, journalist, critic, and curator of the influential Polari Literary Salon in London, his latest novel, "The Black Path", is a radical shift in genre and tone. A domestic noir in the vein of "Gone Girl" and "Girl on the Train", the novel has a dazzling filmic quality that ensnares the reader and retains one's attention all to the way to its electrifying denouement. Paul Burston sat down with Diriye Osman to discuss the genesis of "The Black Path", his love of Stephen King and the hit Netflix series "Stranger Things", as well as what he is cooking up next.

What was the impetus for writing "The Black Path"? Was there a particular image in your mind that sparked your interest in putting together this story?

I always start with a character. Then I ask myself, what if this character was placed in this situation? And then I explore the various possibilities. With "The Black Path", I wanted to write about a young woman who has suffered a major trauma and whose whole life has been overshadowed by this one terrible event. And I wanted to place her in a situation where she's forced to face her fears. I came up with the two main characters - Helen and her husband Owen. And I had the secondary characters, Siân and Collins, who each act as catalysts in their own ways. But there was still something missing. It took me a while to work out that what was missing was another major character, and that character was The Black Path itself. So I went home to visit my family in South Wales and I spent an afternoon at the footpath known as The Black Path, which is close to where I grew up. The sky was overcast, the light was fading and I thought of all the stories we used to tell each other as children - stories involving witches and child murderers lurking behind the trees. I spooked myself, basically! I took photos and had one printed and pinned above my desk. It's a lot like the cover image of the book. The other image I had firmly in mind was of Helen at the start of the book - head down, anxious, fearful and almost folded in on herself. The impetus for the story was really about exploring those feelings, throwing challenges in her way and seeing where she'd lead me. In the book, there's a physical journey and an emotional journey - and they both involve The Black Path. 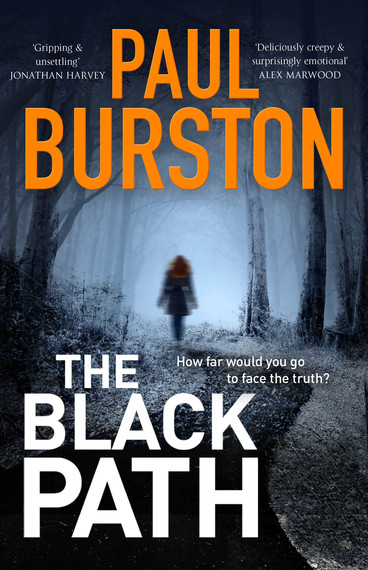 How long did the process of writing this novel take?

From start to finish, about three years. The first draft was very different to the finished book. A lot of it was jettisoned - pretty much everything apart from the opening chapter, the scenes with Owen in Afghanistan and the chapter where Helen goes out with the girls from work and first meets Siân. The second draft was much tighter, but it wasn't until the third draft that everything really fell into place. Then it was simply a question of editing.

"The Black Path" is written with clear, concise prose and has the kind of thrilling edge that one yearns for in great fiction. How difficult was it to structure the novel without giving anything away?

I'm so pleased you think so! I wouldn't say that structuring the novel was particularly difficult, but it's certainly something I was more conscious of than with previous novels I've written. My earlier novels were comedies - pretty black comedies in which bad things happened and people sometimes died, but comedies all the same. "The Black Path" is a psychological thriller, so as a writer you have to be extremely conscious of how much information you're giving the reader at any given point. And there are multiple narratives and points of view, all of which needed to be taken into consideration. I had a storyboard, with the various characters and storylines mapped out in different colors. What surprised me was how much of myself I put into the characters, and how the themes of the book are themes I keep returning to time and again - love and lies, obsession and betrayal, questions of identity and how well we really know those closest to us. Fortunately these are all themes which lend themselves rather well to a psychological thriller.

What are you working on at the moment?

I'm writing another thriller. I can't say too much about it at this stage, except that it's very different to "The Black Path" and is largely written in the first person, from the point of view of someone accused of a crime. I'm finding the first person narrator very freeing. It's flowing far faster than any novel I've worked on previously.

What did you to celebrate the success of "The Black Path"?

I'm going on holiday. I have two weeks in Spain to recharge my batteries before I hit the promotional trail. I'm on tour from September, traveling all over the UK. But first I have two weeks of sun, sand and sea. Bliss.

What do you do to decompress after a long day of writing?

I go to the gym, cook and binge watch box sets. When I was younger, I'd head to a bar or go out clubbing. These days my life is quieter but my liver is in far better shape.

What are your favorite novels, TV shows and films, and did they in any way inspire you whilst writing "The Black Path"?

I've always been a huge fan of Stephen King. I still have a well-thumbed copy of "Carrie" I bought when I was 13. It's also one of my all-time favorite films. I loved the Netflix series "Stranger Things", which contains lots of references to classic King novels. I'm a big fan of science fiction, horror films and thrillers - everything from "Alien" and "Planet of the Apes" to John Carpenter, Wes Craven and Alfred Hitchcock. There's a bit of Stephen King in "The Black Path", particularly the idea of a place having a malevolent hold on people. But the biggest inspiration by far is his book "On Writing". It's a book every writer should read.